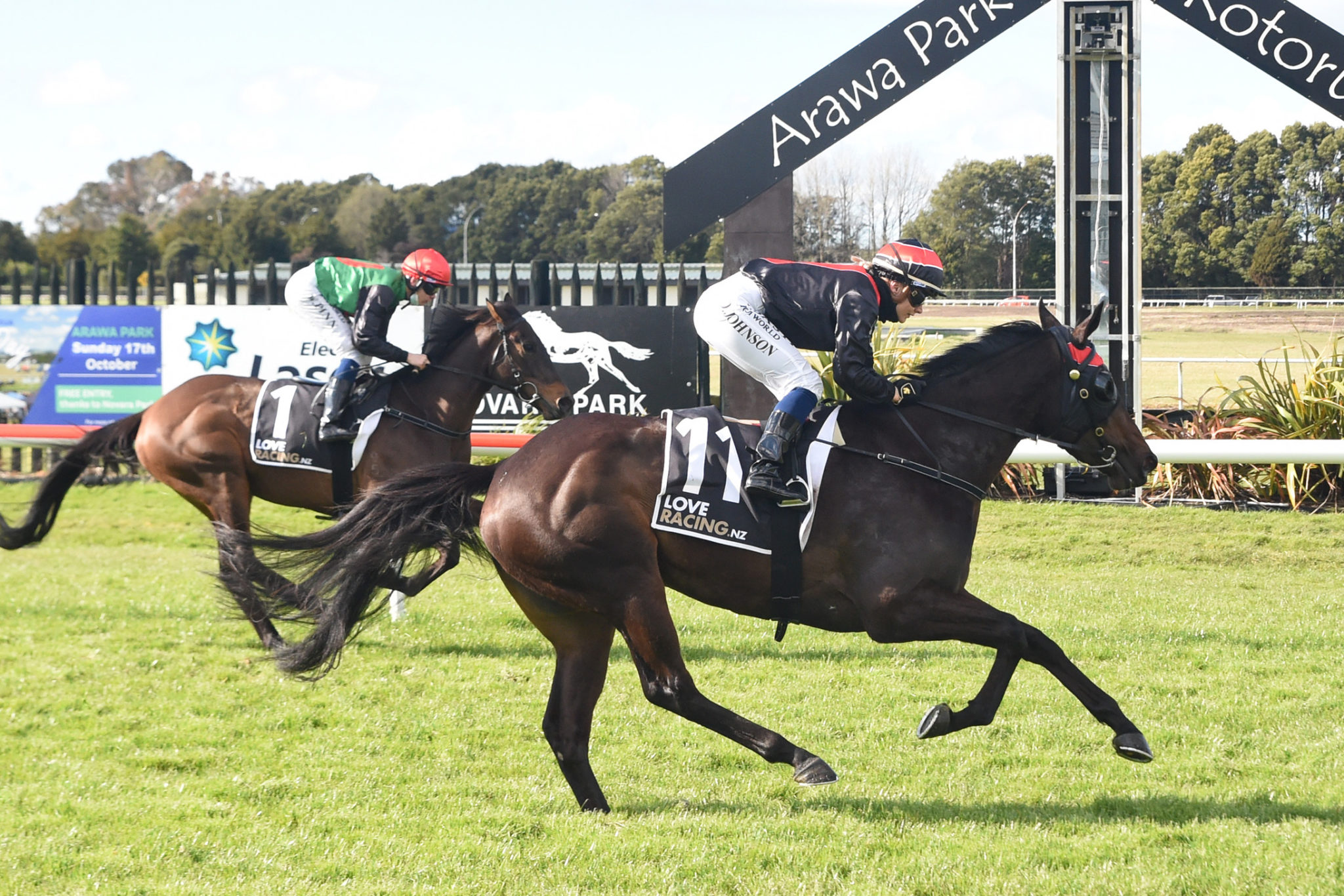 The three-year-old comes from the powerful Cambridge stable of Murray Baker and Andrew Forsman, and she was ridden in Wednesday’s maiden race by last season’s champion New Zealand jockey Danielle Johnson.

After settling in fourth or fifth spot through the early part of the race, Ginsburg moved forward out wide on the track and gathered momentum as the field approached the home turn. She swooped to the front at the top of the straight and went clear, scoring by a length and a quarter.

Wednesday’s breakthrough victory came at Ginsburg’s third start, and she has so far banked $7,160 in stakes with the promise of bigger and better things ahead. Baker and Forsman have nominated her for the $300,000 Group One Barneswood Farm New Zealand 1000 Guineas (1600m) at Riccarton Park on November 13.

Ginsburg is by the high-class former Haunui Farm shuttle stallion Iffraaj, whose southern hemisphere crops have so far produced 343 winners from 579 runners. There have been 29 individual stakes winners, headed by Group One stars Turn Me Loose (NZ), Gingernuts (NZ), Jon Snow (NZ) and Wyndspelle (NZ).

The dam of Ginsburg is La Adelita (High Chaparral), who is a half-sister to the Group One placegetter Rocanto (NZ) (Per Incanto) and is also closely related to the Group One JJ Atkins (1600m) winner Reigning To Win (King Of Kings).

La Adelita herself won three races from 16 starts, and Ginsburg is her first foal to race.

The mare subsequently produced a colt by young Waikato Stud stallion Ardrossan in the spring of 2020, and then was served by Eminent at Brighthill Farm.