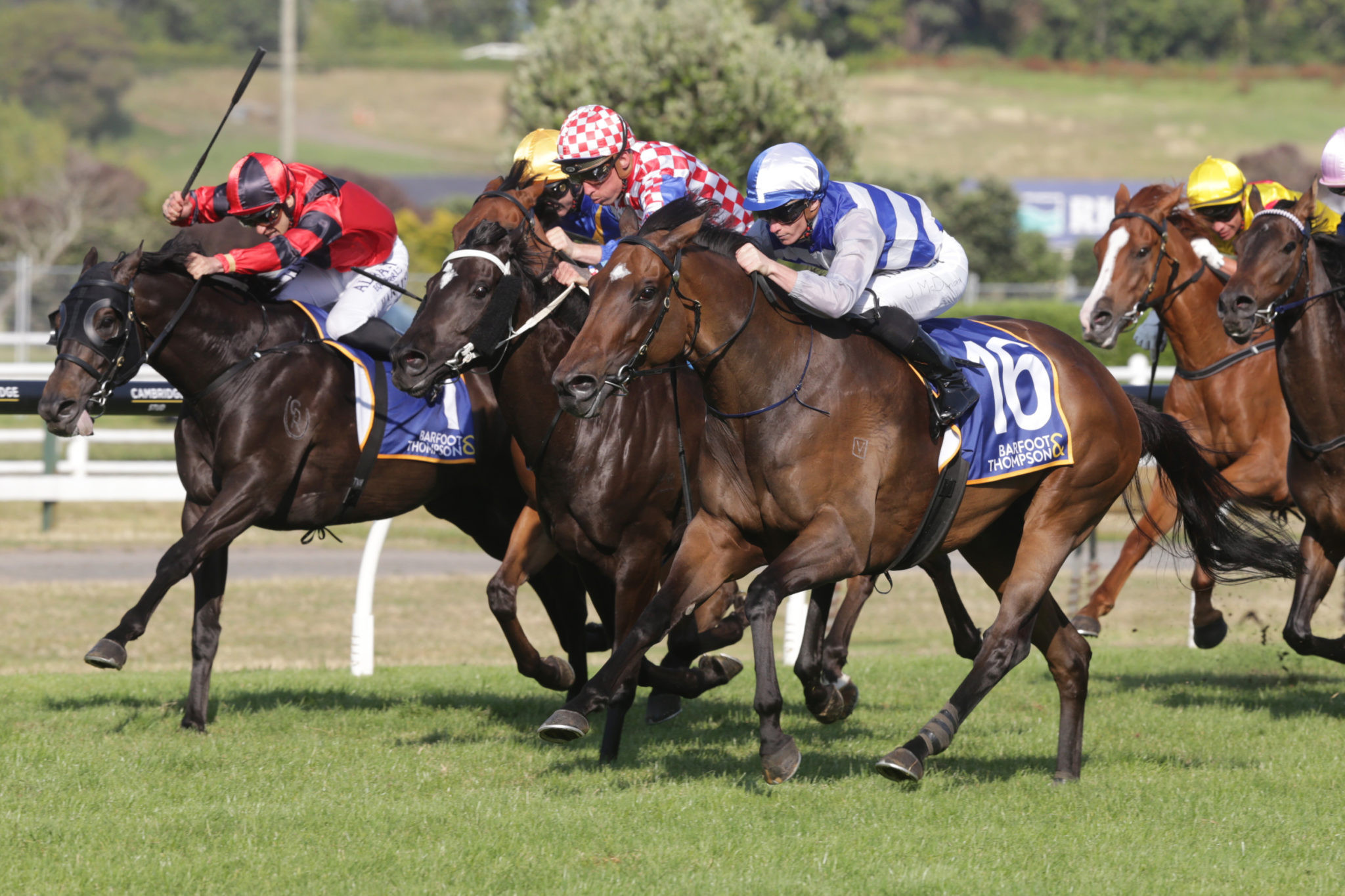 Each season Pencarrow fields a huge team of runners throughout New Zealand and Australia to race in the famed blue and white hoops. Many are trained by the partnership of Steven Ramsay & Julia Ritchie at our private training facility at Maungatautari, and many others are spread throughout stables around the country and further afield. This team is aimed at generating value for Pencarrow's prestigious broodmare band, for the benefit of our own future racing and breeding prospects and also for those who purchase horses from us each year at Karaka.

Throughout the season our recent stars and most promising performers feature here so keep an eye out for the ones to watch.

You can view the full list of Pencarrrow winners on our Race Results page.

For our full list of champions, past and present, view our Roll of Honour.

At her last start she went down by a whisker in the Group 1 Cambridge Stud Zabeel Classic over 2000m on Boxing Day, to cement a career record of 23 starts for eight wins, six seconds, two thirds and $387,225 in stakes.

Supera is out of Sopra Tutto (NZ) (Van Nistelrooy), who is the dam of five winners from six foals to race including Eleonora (NZ) (Makfi), who won two Group Three races and placed in the Group One VRC Oaks (2500m). 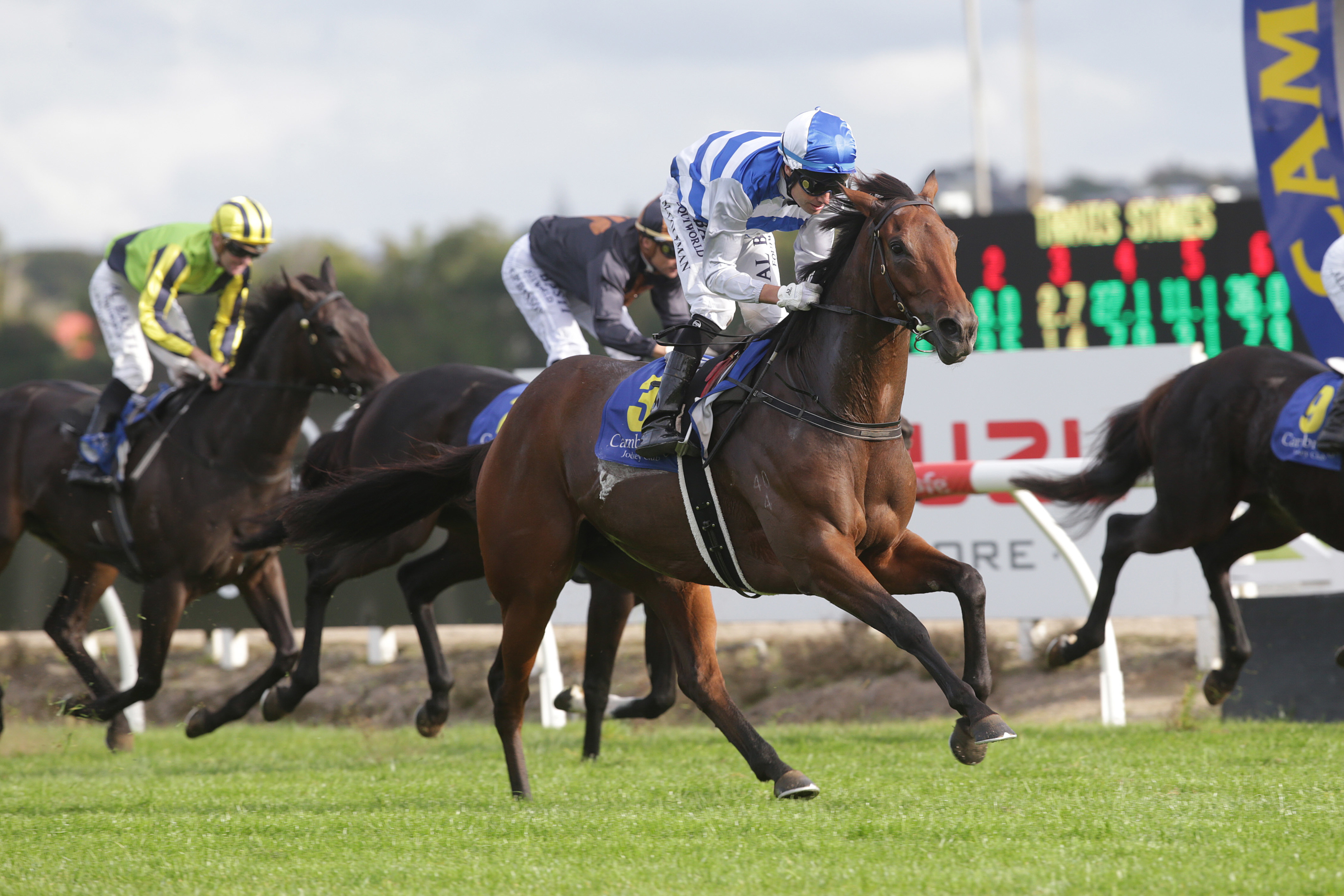 Vichy (NZ) (Cape Blanco), trained by Graham Richardson, has now won four and placed in another seven of her 20 starts. Her most recent victory was the $32,500 WRC Thanks Dennis Sexton Mile (1600m) at Te Rapa in November, and she has since opened her 2021 account with a second placing fresh up on 15 January.

Vichy is out of the stakes-winning Catbird mare Vercors (NZ), a half-sister to the Group One performer Hasselhoof (NZ) (Tavistock) and to Huluava (NZ) (Pins), the dam of the recent Listed winner William Wallace (NZ) (Darci Brahma). 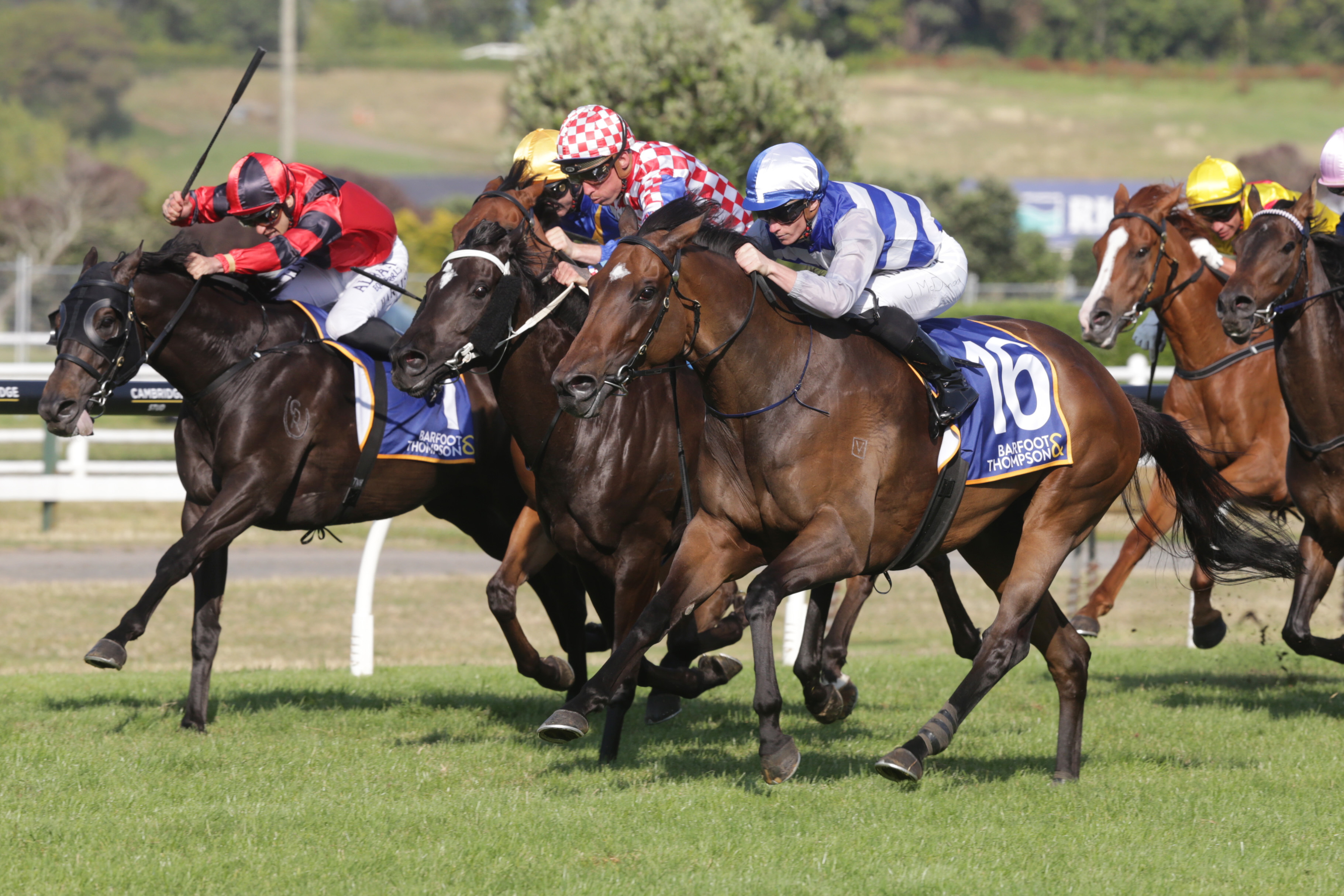 Smart Charm Spirit filly Lilikoi (NZ), trained by Jamie Richards, has racked up three wins and a further three placings from just 11 starts. This includes a win in the Group 3 Eulogy Stakes and a third in the Group 2 Royal Stakes on New Years Day.

Lilikoi is out of the Giant’s Causeway mare Barbadine (Giant's Causeway), which makes her a half-sister to fellow Pencarrow winners Granadilla (NZ) (Encosta de Lago) and Badea (NZ) (Darci Brahma). 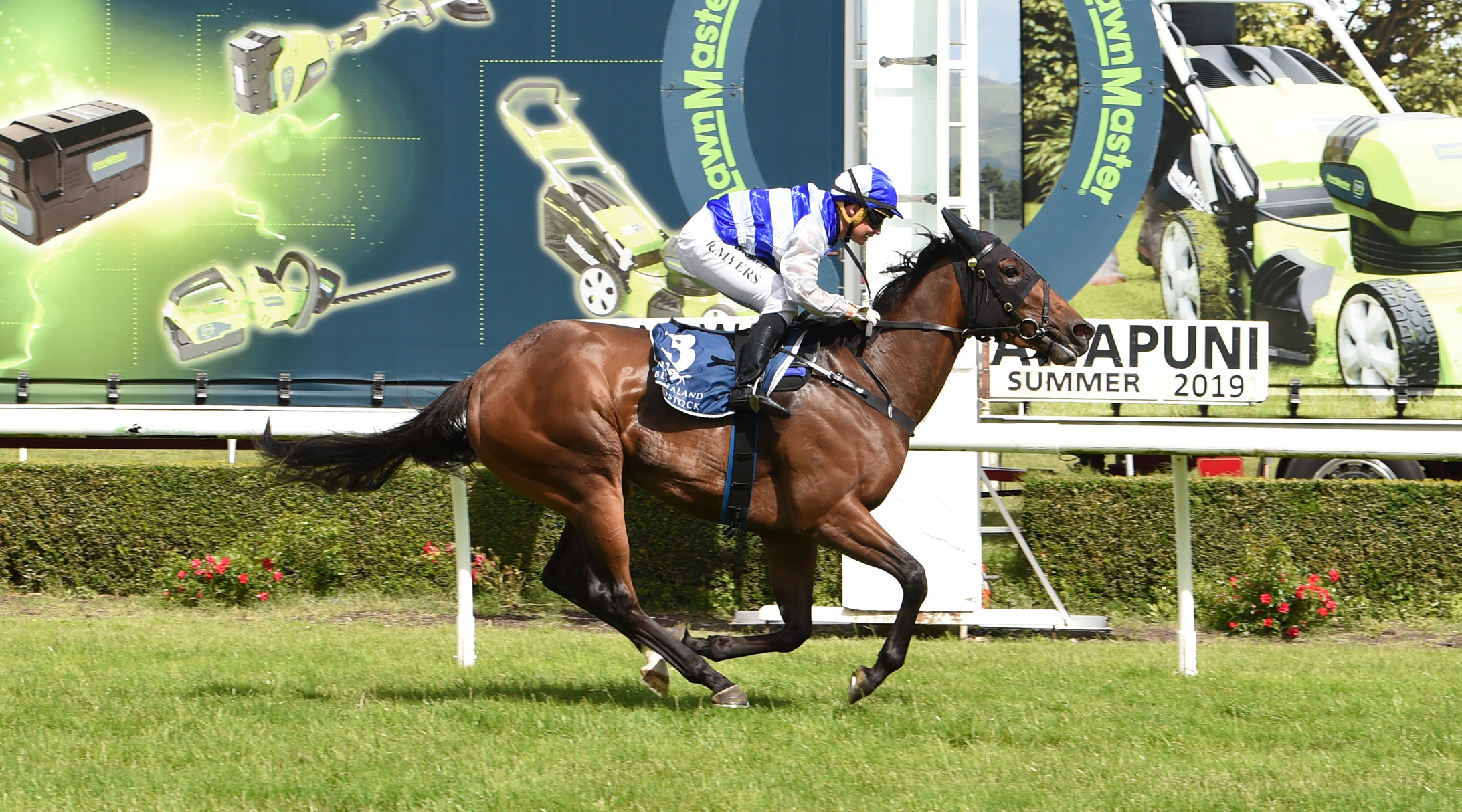 A real up-and-comer of the Pencarrow Racing team, Siracusa (NZ) (Sebring) has had just nine starts for four wins and two third placings and has earned $66,200 in prize-money.

Trained by Steven Ramsay and Julia Ritchie at Maungatautari, Siracusa is bred and raced by Sir Peter Vela, and by the top-class Australian sire Sebring, while her unraced dam Corinthia (NZ) (O’Reilly) is a half-sister to the Group 1 Rosehill Guineas (2000m) winner De Beers (NZ) (Quest For Fame). 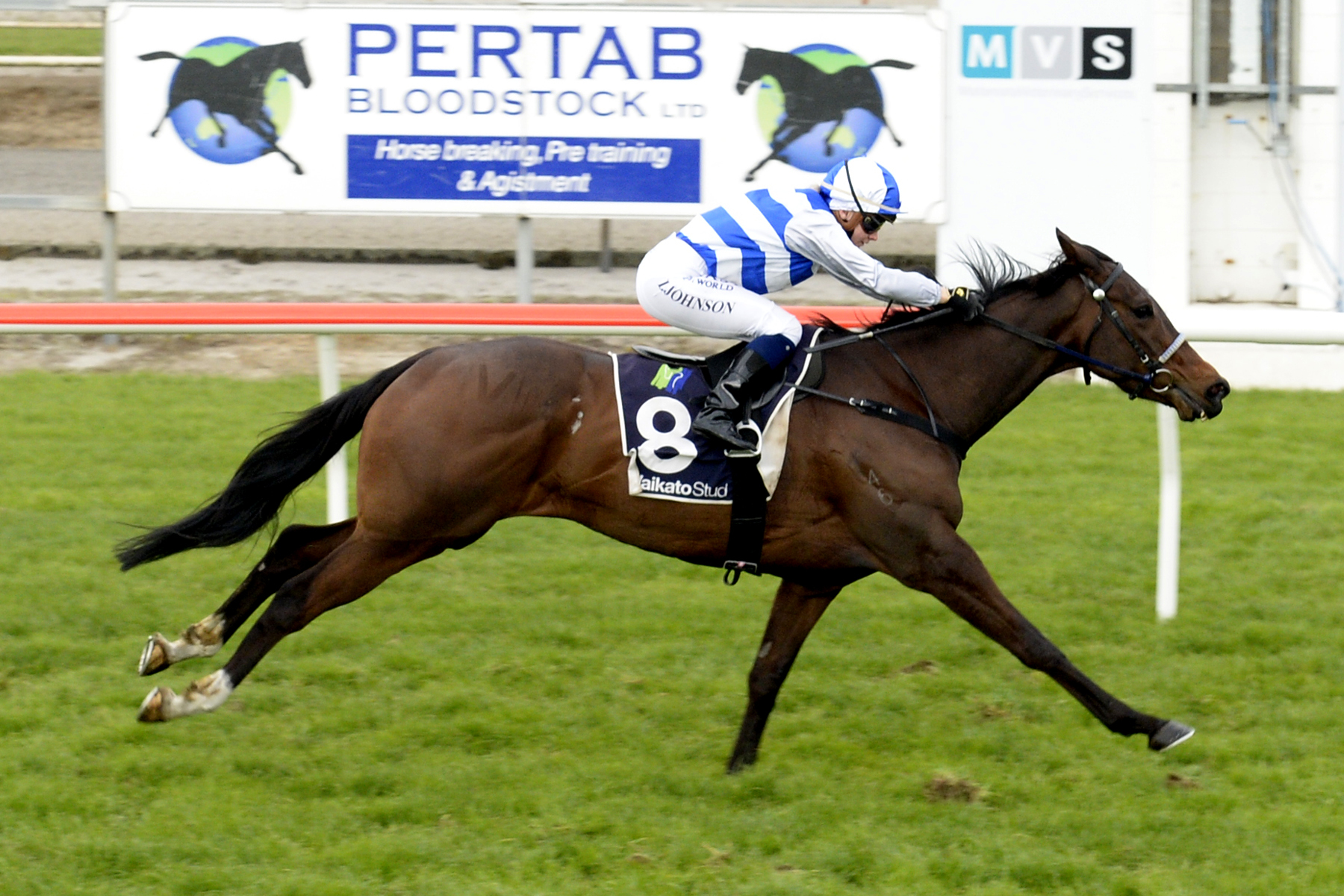 Zacouver (NZ) is by Vancouver out of Fair Isle (NZ) (Fastnet Rock) and trained by Leon and Troy Corstens. Co-bred by Coolmore Australia and Pencarrow Stud, the filly won at Sandown in July 2020 over 1200m.

She is a promising two-year-old who has won on a metropolitan track in Australia and has now earned A$29,245 in stakes. Zacouver is the first foal out of Fair Isle who resides at the farm.

She has a half-brother by Tavistock in the upcoming Sales at Karaka 2021 at Lot 388. 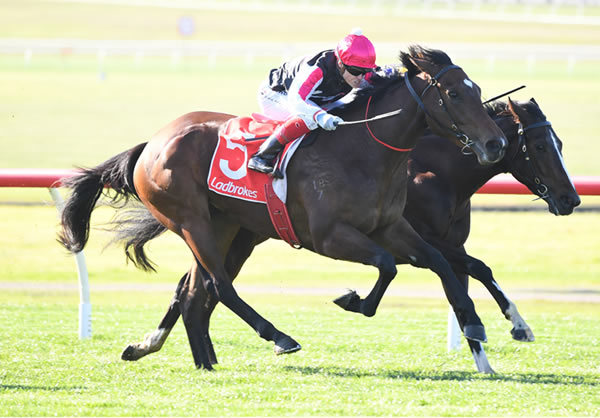 Winning on debut as a two-year-old, Birdsong (NZ) is by Snitzel out of Scintillula (Galileo) and trained by Matamata-based Michael Moroney and Pam Gerard. She has now had nine starts, four wins and one third placing.

Birdsong was bred by Pencarrow and sold through their Karaka 2018 Book 1 draft where Sunlight Thoroughbreds purchased the filly for $400,000. Her half-sister by Zoustar is being offered by Pencarrow at Karaka 2021 at Lot 94. 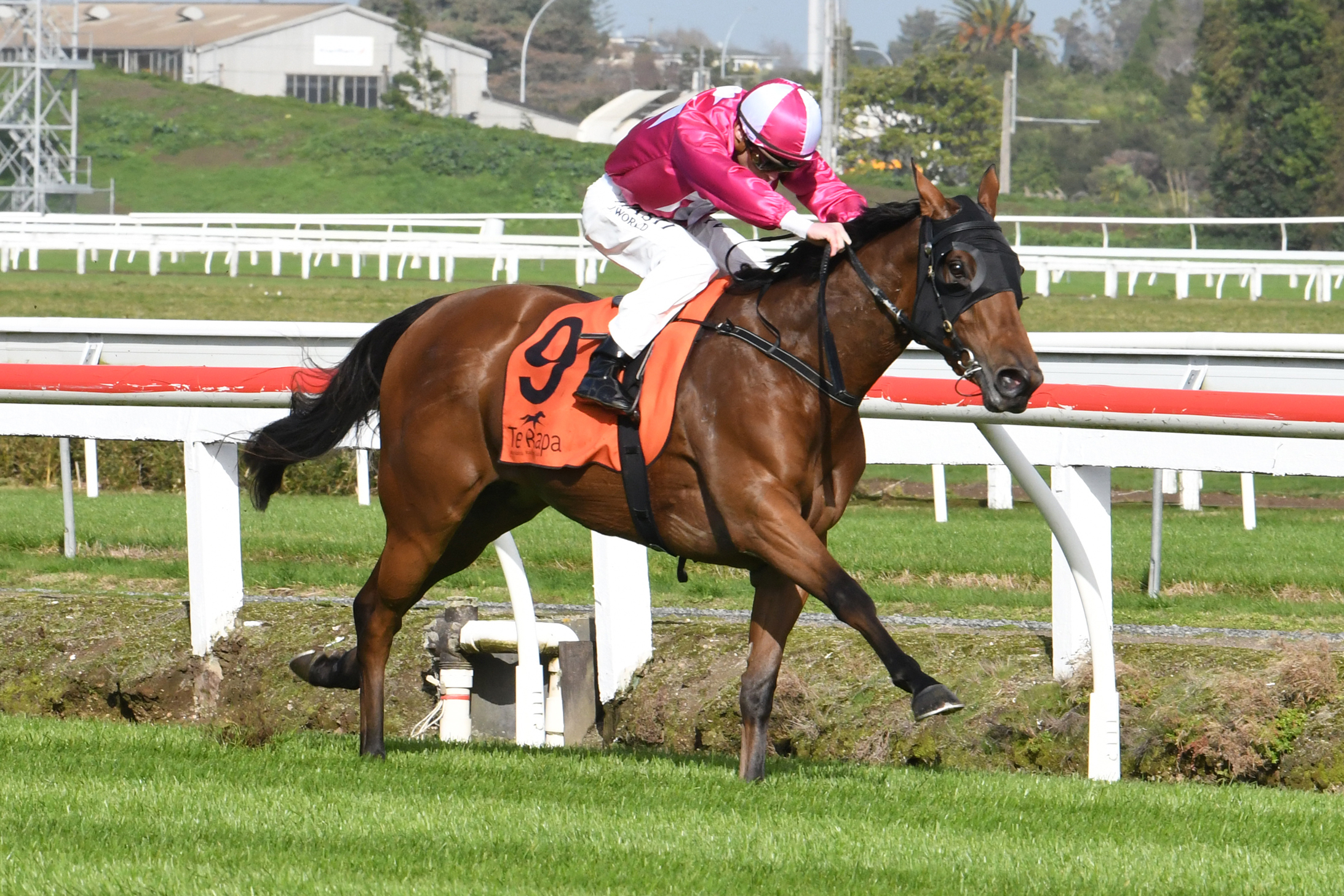 From one of Pencarrow's most notable families, Les Crayeres is out of Our Echezeaux (NZ) (Zabeel), a full-sister to Grand Echezeaux (NZ) (Zabeel), who won the Group One Australasian Oaks (2000m) and is the dam of multiple Group One winner and top sire Darci Brahma (NZ) (Danehill), as well as multiple stakes winner and successful sire Burgundy (NZ) (Redoute’s Choice). 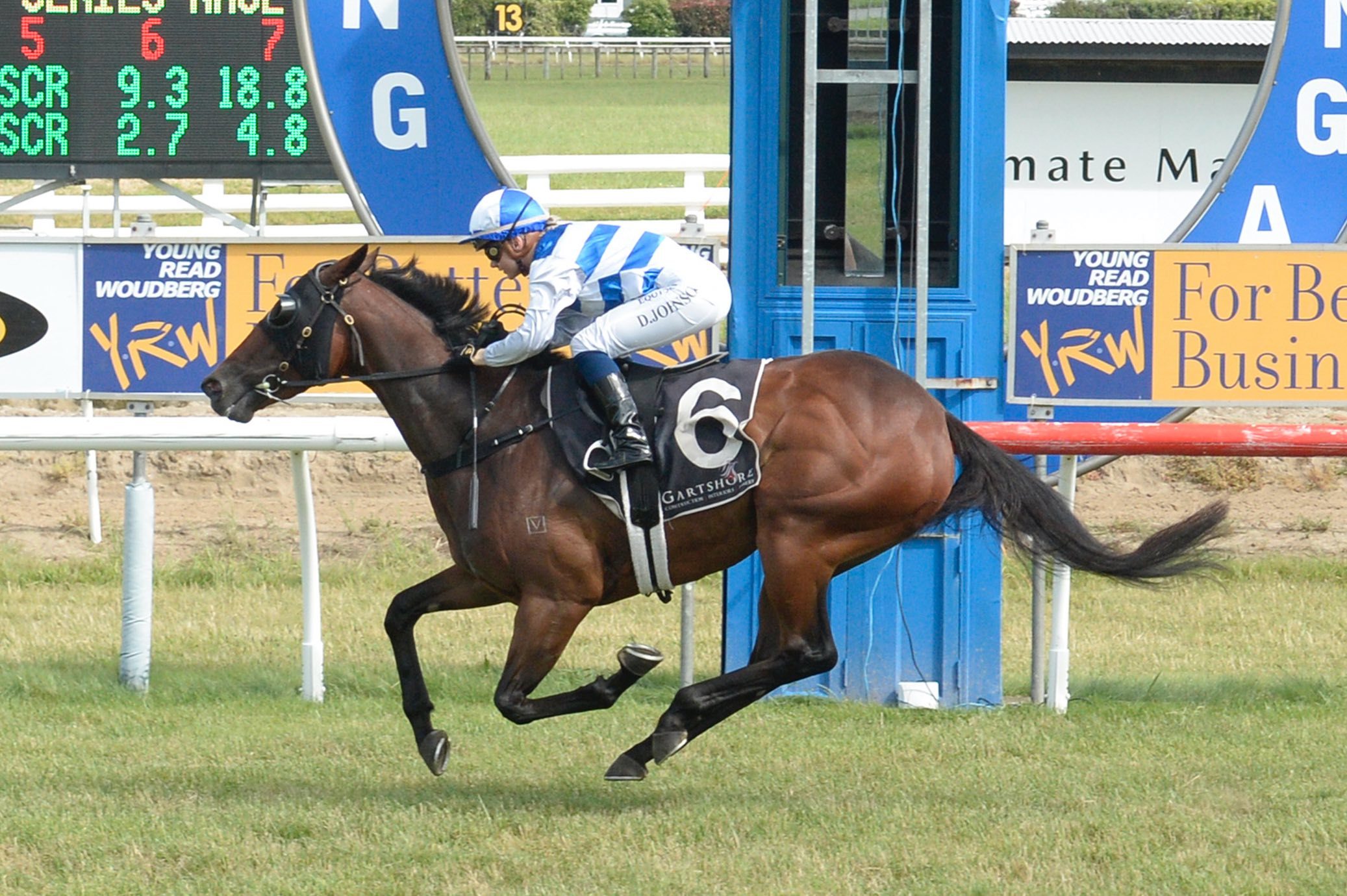 Well-bred Pencarrow filly Aloft (NZ) (Atlante) is trained by Steven Ramsay and Julia Ritchie and now has three starts for two wins. She won a Rating 65 race on her second start, after winning a 1250m maiden race at Rotorua on debut in November 2019. She also ran creditably in a black type race, which was her third start. 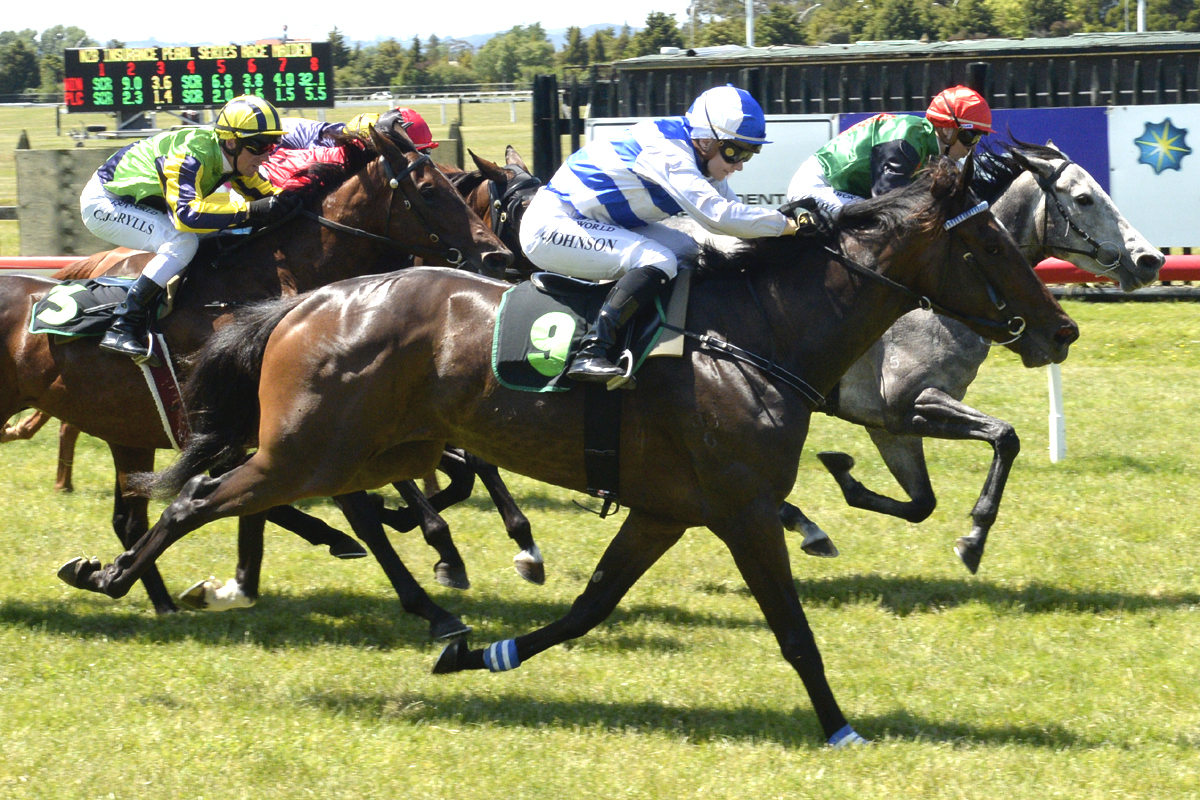 Her dam is Velvet and Satin (NZ) (Carnegie), a half-sister to the champion staying mare Ethereal (NZ) (Rhythm) and she is owned by Sir Peter Vela.

Her half-brother by Vadamos will be offered at Karaka 2021 at Lot 198. 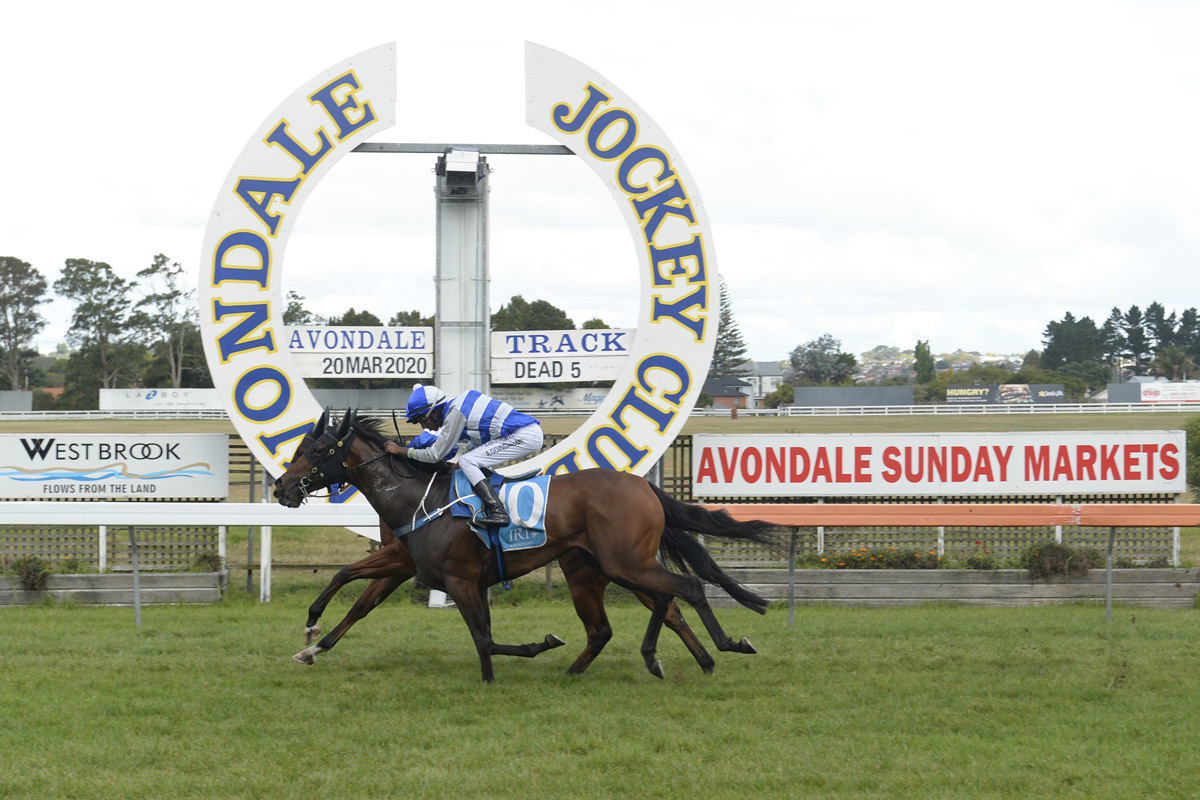 Pencarrow filly Megeve (NZ) (Wandjina) began her career on the perfect note winning on debut over 1200m at Avondale. Trained by Peter and Dawn Williams, Megeve was bred and is raced by Sir Peter Vela. She has now won three of her six starts, including the $11,000 BOP Hospitality New Zealand (1200m) and is showing a heap of promise.

Her dam is Vercors (NZ) (Catbird), who won four races including the Listed Wairarapa Thoroughbred Breeders’ Stakes (1600m) and placed in the Group 2 Travis Stakes (2000m). Vercors has a perfect record at stud, with all of her five named foals now winners. 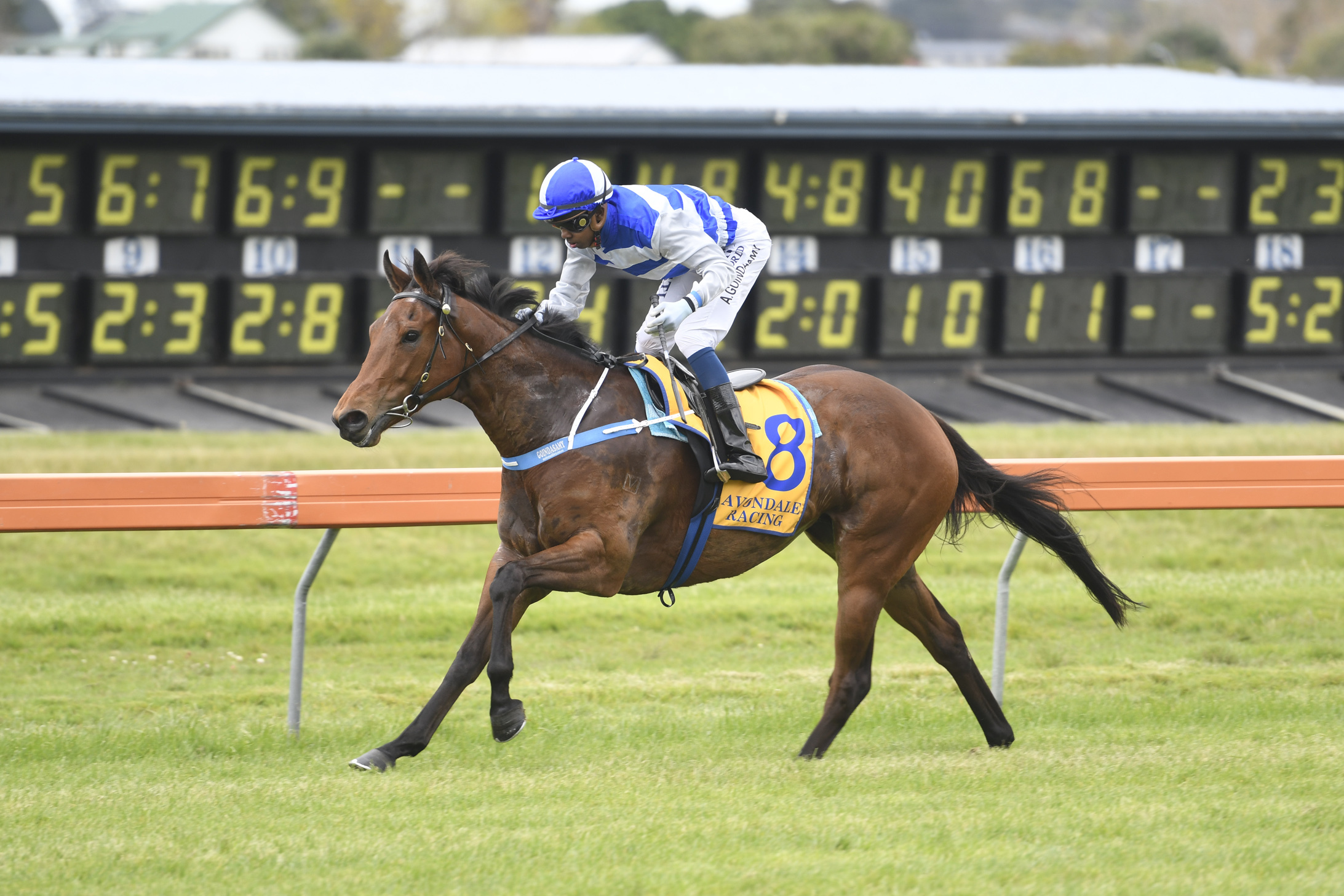 William Wallace (NZ) (Darci Brahma) secured his first stakes success in the $50,000 Listed Christchurch Casino Spring Classic (2000m) at Riccarton. Bred by Pencarrow, he is by the multiple Group One winner and highly successful sire Darci Brahma (NZ), who himself was bred by Pencarrow.

William Wallace was originally passed In at the 2014 Premier Yearling Sale but was purchased for $40,000 at the Ready to Run Sale later that year by trainer Adrian Bull. He has now had 36 starts for seven wins, six placings and A$165,519 in stakes. 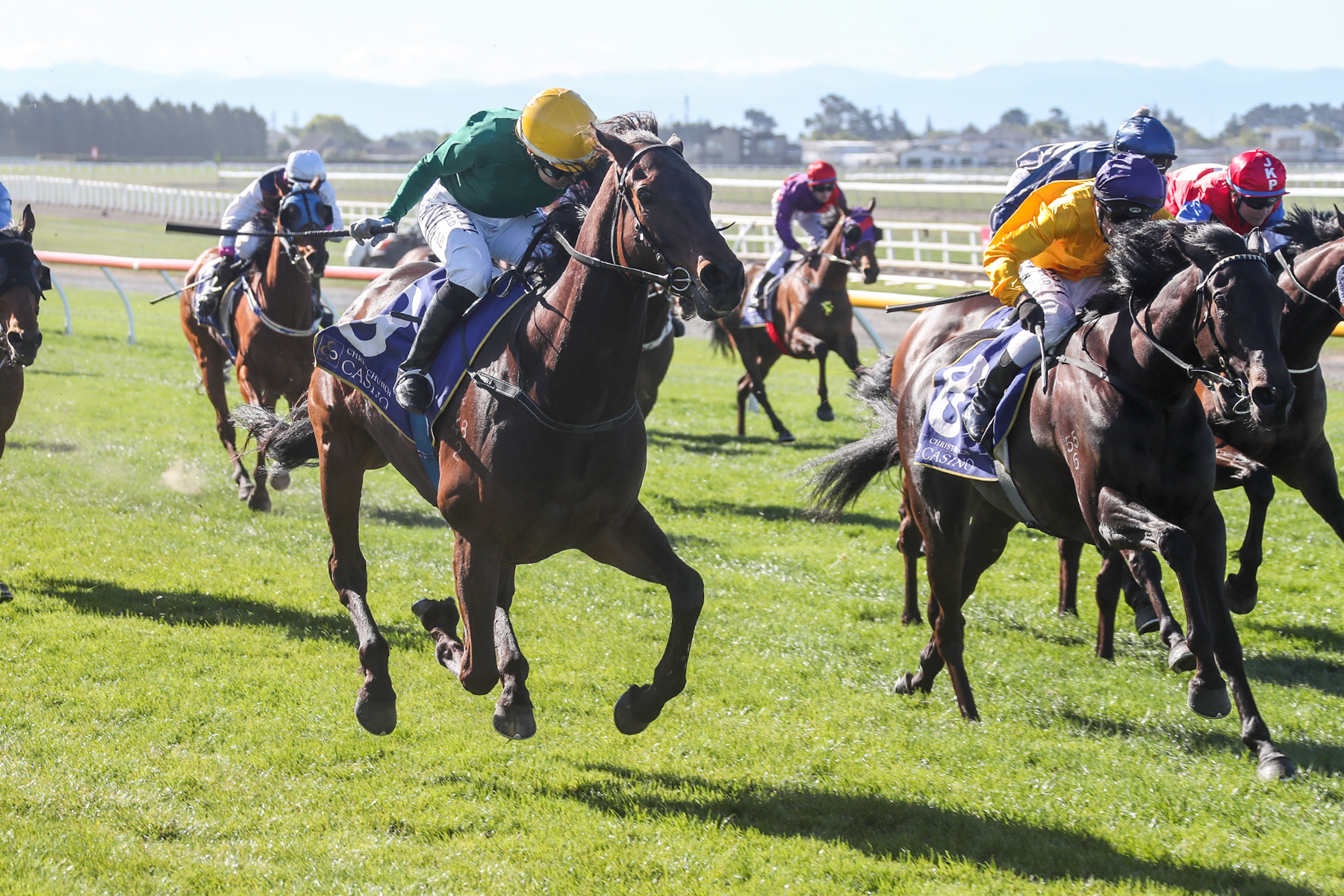