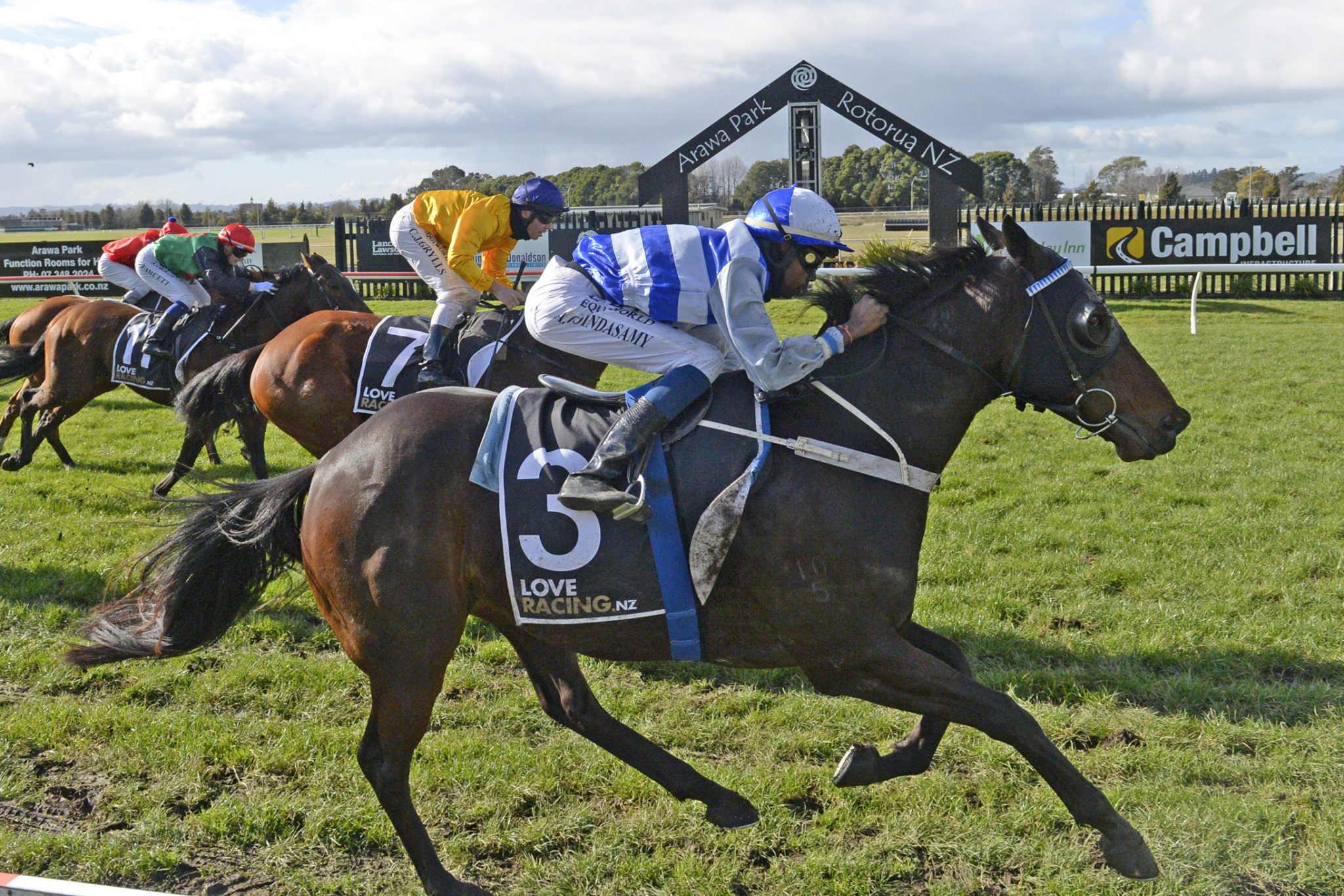 After a slow beginning, the five-year-old dropped out to be a clear last for most of the Rating 65 sprint.

But rider Ashvin Goindasamy swooped out to the extreme outside at the turn, and Tonadillas finished strongest of all down the home straight to win by half a length.

Trained by Steven Ramsay and Julia Ritchie, Tonadillas has now had nine starts for three wins, a placing and $19,750 in stakes. Tonadillas was bred by Pencarrow and is raced by Sir Peter Vela.

Tonadillas comes from the second crop of the Group One-winning Australian sprinter Your Song, who has been represented by 127 winners from 191 runners to date.

The dam of Tonadillas is the well-bred Pencarrow mare Goyescas (Encosta de Lago) – a daughter of the Group 1-winning Danehill mare Larrocha.

Tonadillas was the first foal out of Goyescas, who has subsequently produced colts by Shamexpress, Mongolian Khan and Turn Me Loose. Last season she produced a filly by Burgundy.