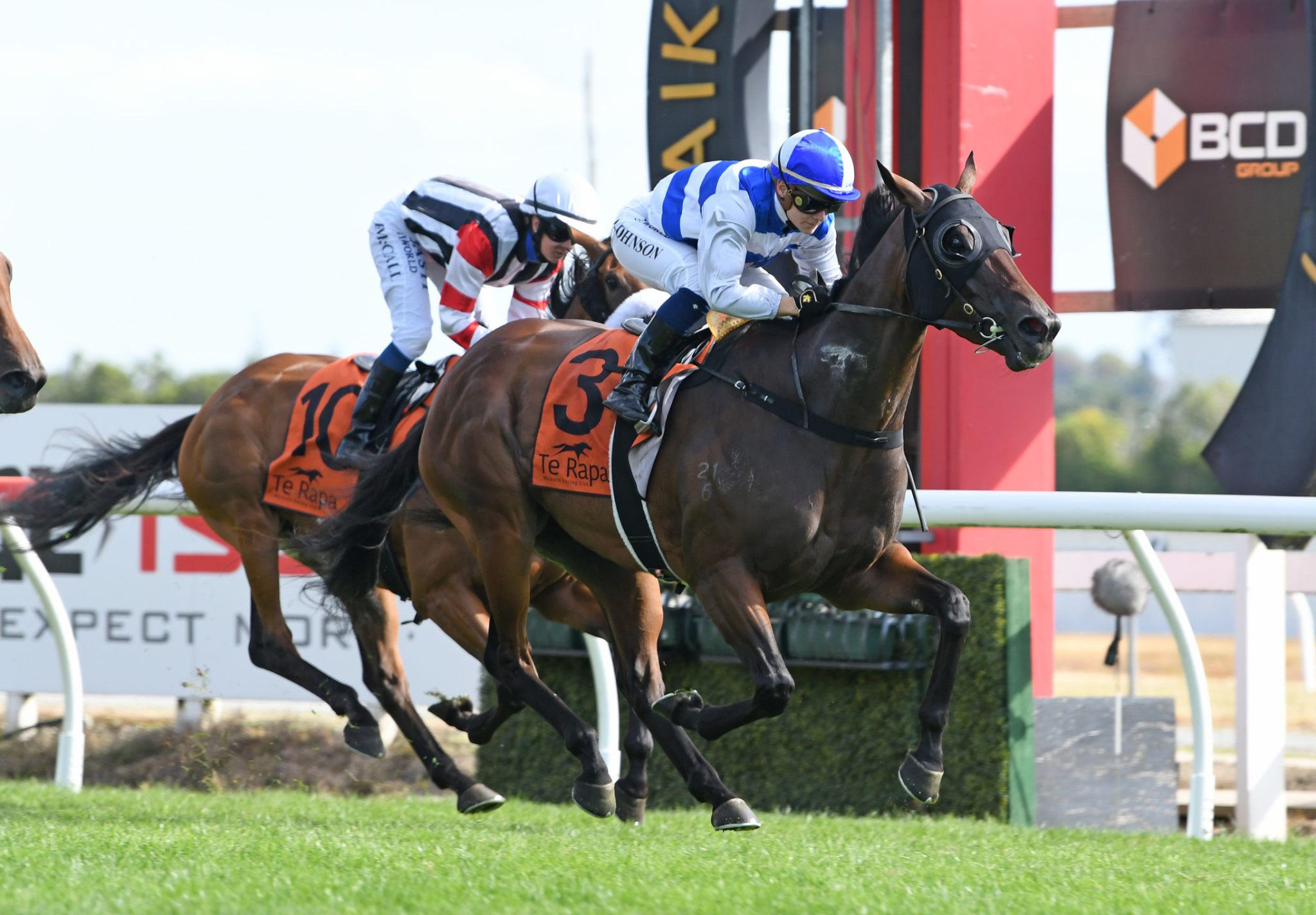 Many of New Zealand’s finest gallopers gathered at Te Rapa on Saturday for the prestigious Legends Day meeting, and Pencarrow mare Les Crayeres (NZ) (Redoute’s Choice) rose to the occasion with a highly impressive performance in the final race on the card.

Bred by Pencarrow and raced by Sir Peter Vela, the rising star four-year-old has now had six starts for three wins, a second placing and $29,250 in stakes.

Ridden by Danielle Johnson on Saturday for Matamata trainers Ken and Bev Kelso, Les Crayeres was a clear favourite for the Peter Kelly – Bayleys Real Estate Mile (1600m) after two wins and a strong second in her previous three starts.

Her prospects seemed bleak in the first half of the home straight as Les Crayeres was badly blocked and Johnson desperately searched for a way out.

But Johnson found a gap and Les Crayeres burst through, stretching out superbly to win by three-quarters of a length.