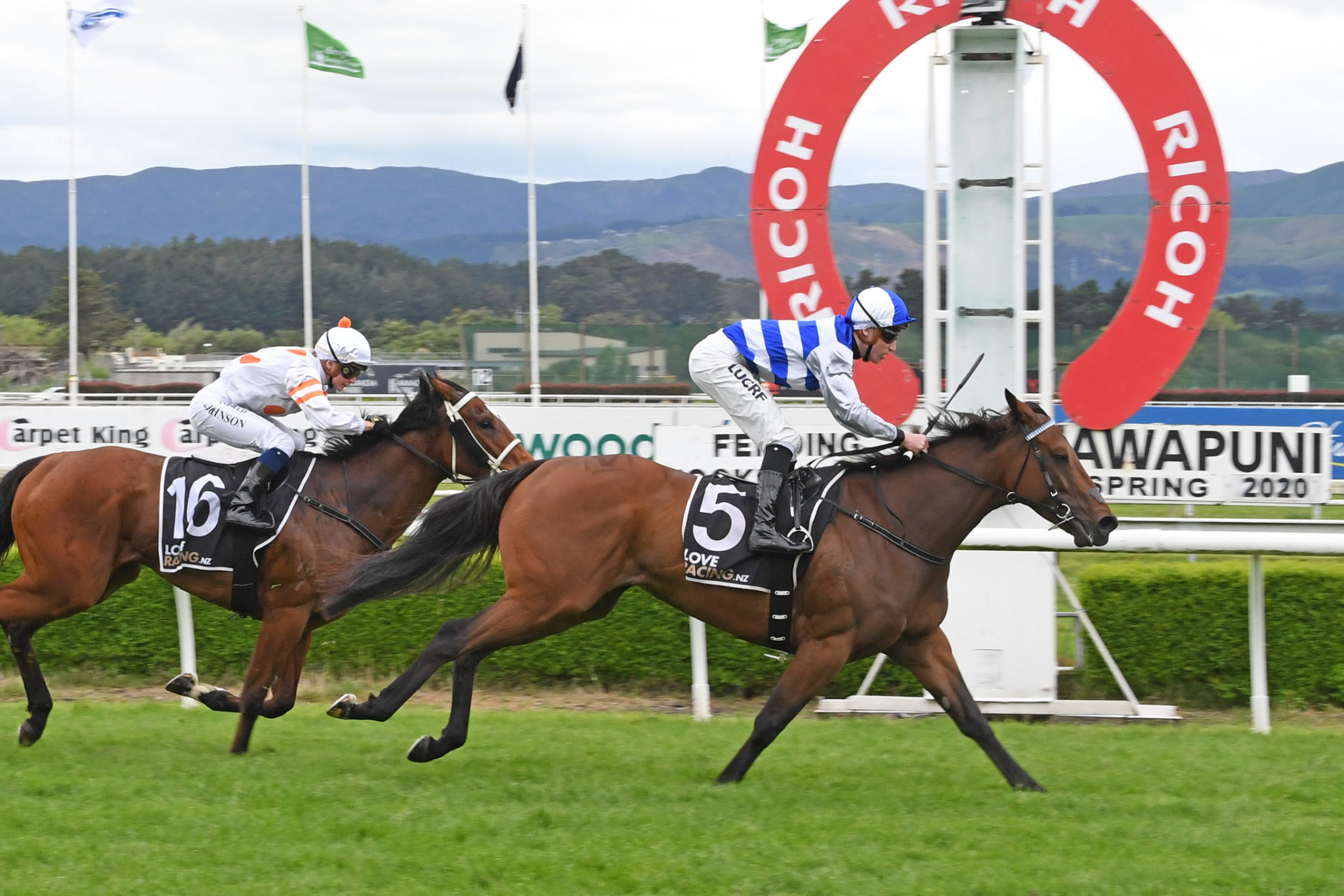 Up-and-coming Pencarrow mare Naval Fleet (NZ) (Declaration of War) made a big impression at Awapuni on Saturday with a strong victory in the $22,500 Ratanui Development Company 1400.

With Sam Weatherley in the saddle, the five-year-old enjoyed a comfortable midfield run before overpowering the highly rated filly Key (Exceed and Excel) in the home straight. Naval Fleet stretched out stylishly and raced clear to beat Key by a length and a quarter, with the rest of the field another three and a quarter lengths away.

Trained by Steven Ramsay and Julia Ritchie at Maungatautari, Naval Fleet has now had 10 starts for two wins, seven placings and $32,800 in stakes.

Naval Fleet was bred by Pencarrow Thoroughbreds Ltd and is raced by Sir Peter Vela.

She is by Declaration of War, who played a huge role around this time last year as the sire of Melbourne Cup (3200m) winner Vow and Declare and Victoria Derby (2500m) winner Warning.

Navy Beach has subsequently produced a filly by Rip Van Winkle and a colt by Puccini (NZ).