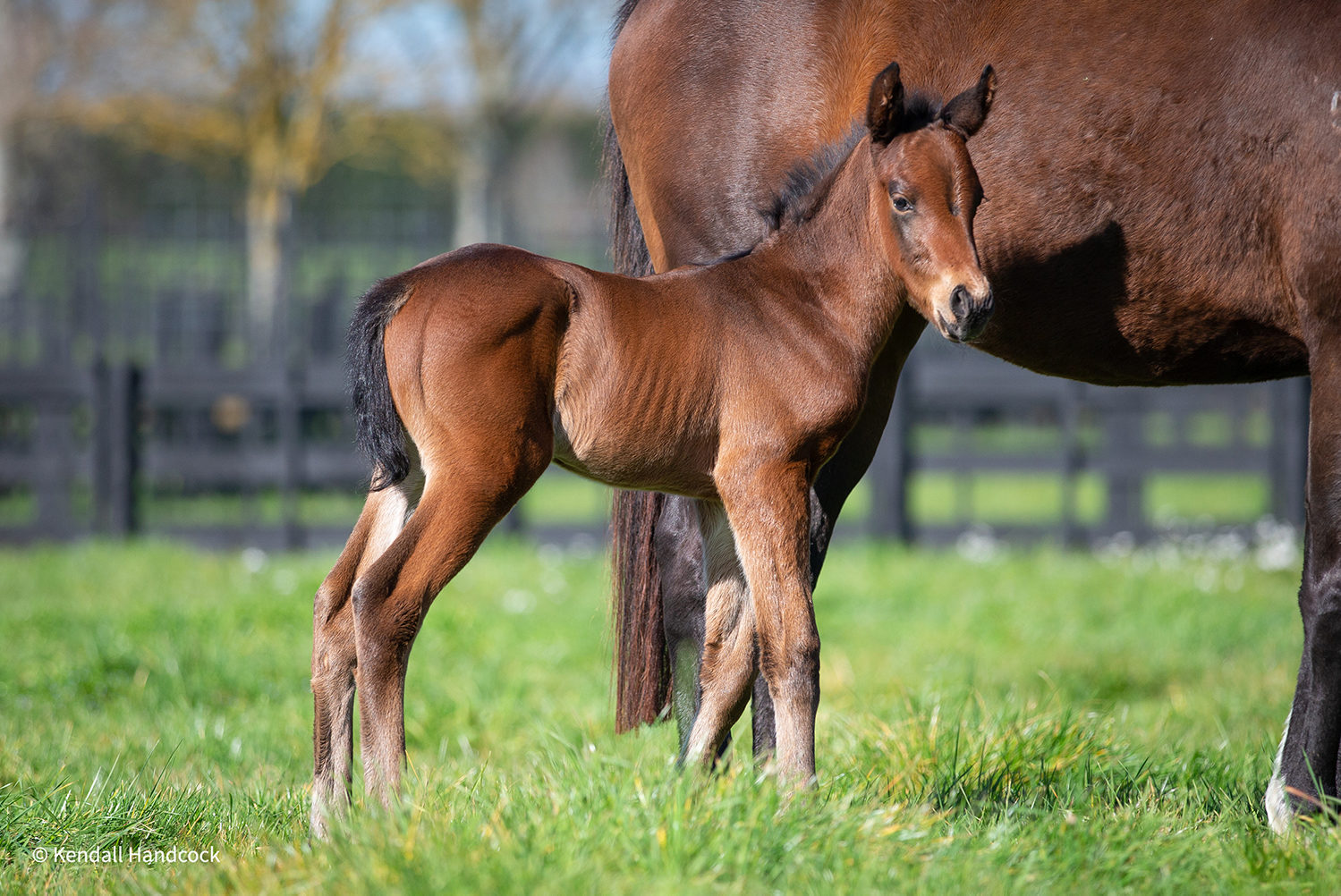 With the foaling season now in full swing, the fertile paddocks of Pencarrow Stud have welcomed three new additions to the farm's lineage over the past two weeks.

Pencarrow Stud Manager Leon Casey commented on the first progeny to arrive on the ground.

“He is a very athletic and correct individual weighing 54kg, which is a great effort for this maiden mare.”

“This filly is of good size and scope, weighing 61kg. She is correct, has quality and a lovely head,” Casey said.

Breeze is the granddaughter of champion mare Imagine (IRE) (Sadler’s Wells) and descends from the great broodmare Doff the Derby (USA) (Master Derby). Her first foal was a filly by Frankel and has been retained by Pencarrow to race.

The most recent addition to Pencarrow Stud is a colt from the first crop by Brighthill Farm first season stallion Eminent. The colt is out of O’Reilly mare Corinthia (NZ) and was born on 15 August.

“Corinthia has delivered a foal from the famed Eight Carat family and she has already produced the very promising stakes performer Siracusa (NZ) (Sebring),” Casey said.

The combination of top sires, a select band of broodmares and the temperate Waikato climate allows young thoroughbreds to grow with natural strength and good bone at Pencarrow Stud.

Pencarrow Stud looks forward to welcoming dozens more foals on the ground over the next four months, many of which will go on to sell in the Karaka yearling draft or race in the blue and white hoops. Follow the new arrivals here.