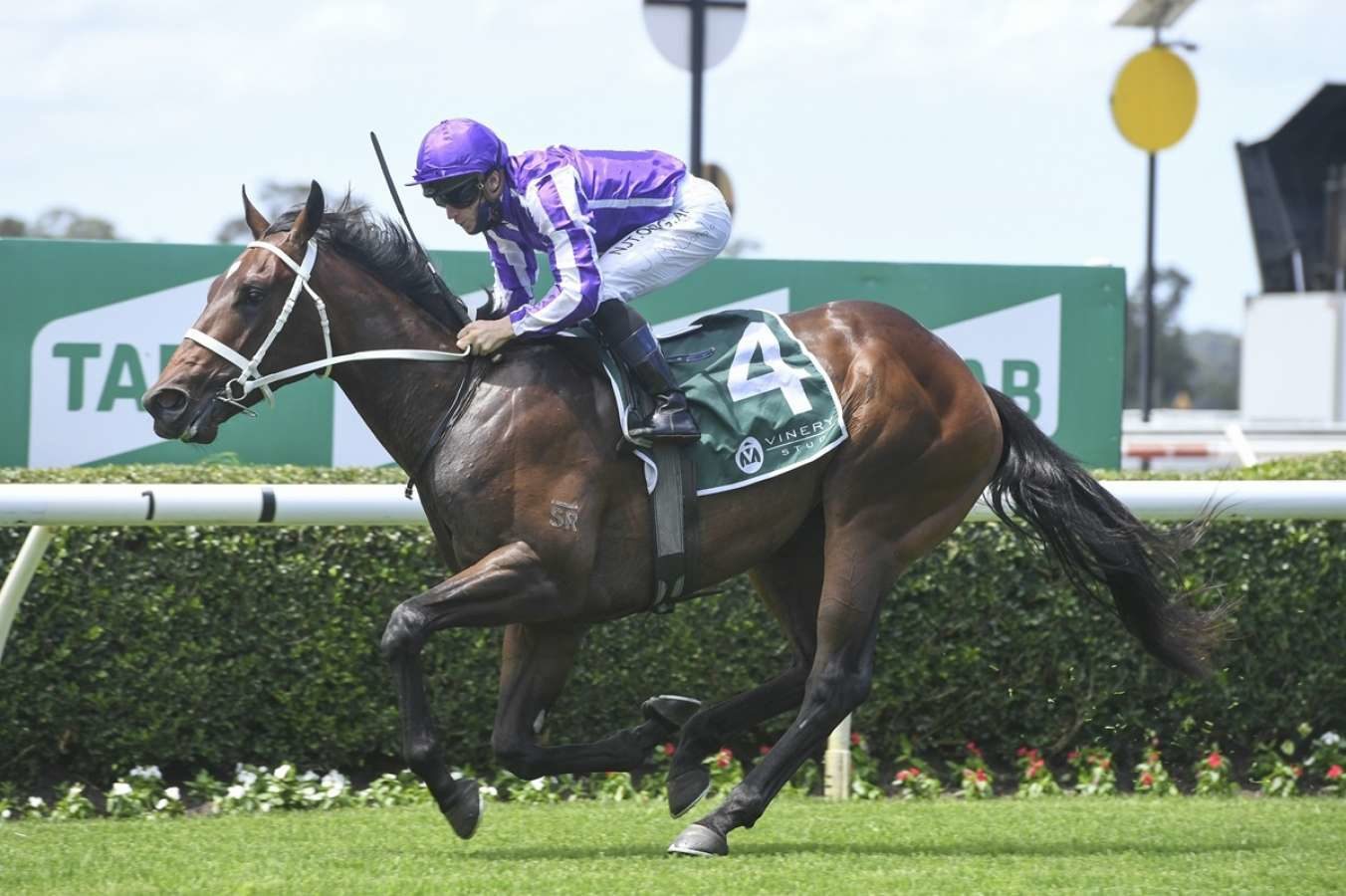 With a smart turn of foot, promising three-year-old Ranch Hand (Fastnet Rock) sprinted to black-type success at Flemington on Saturday for his part-owner Sir Peter Vela.

Trained by Chris Waller, the colt came into the A$160,000 Listed Winning Edge Poseidon Stakes (1100m) under the radar after being unplaced in the Group One JJ Atkins (1600m) in his final two-year-old start back in June.

But Ranch Hand kicked off his three-year-old spring on a very different note, dashing through on the inside of the hot favourite Ingratiating (Frosted) to score by a head, with the rest of the field another two lengths behind the first pair.

“He’s a really nice colt,” jockey Brett Prebble said. “He was a bit unlucky at the jump. He got squeezed out. I came out last on him, really.

“He was a bit mindful of the horses outside of him. He’s a bit timid and didn’t want to take inside positions. Once he got his confidence and got on the bridle, and really travelled strong, I thought, ‘Oh well, we’re going to have to jump them.’ Then there was a bit of a gap and he got his head in there and really charged.

“A nice horse going forward. I think he’s still learning down the straight. He’s a bit of a dumbo with horses around him. Today was a really good learning curve. He had plenty of excuses to get beaten and he won. He deserved it.”

From seven starts, Ranch Hand has now recorded two wins and two placings for A$218,025 in stakes.

With Pencarrow principal Sir Peter Vela sharing in the ownership, promising three-year-old Starman (Zoustar) emerged as a black type horse of the future with a determined victory at Rosehill on Saturday.

Sir Peter Vela has celebrated a scintillating Group One victory on arguably Australian racing’s greatest day. The Pencarrow principal shares in the ownership of the ultra-talented Home Affairs (I Am Invincible), who scored a breathtaking victory in Saturday’s A$1.5m Coolmore Stud Stakes (1200m) at Flemington – one of four Group One races on the world-famous Victoria Derby Day.