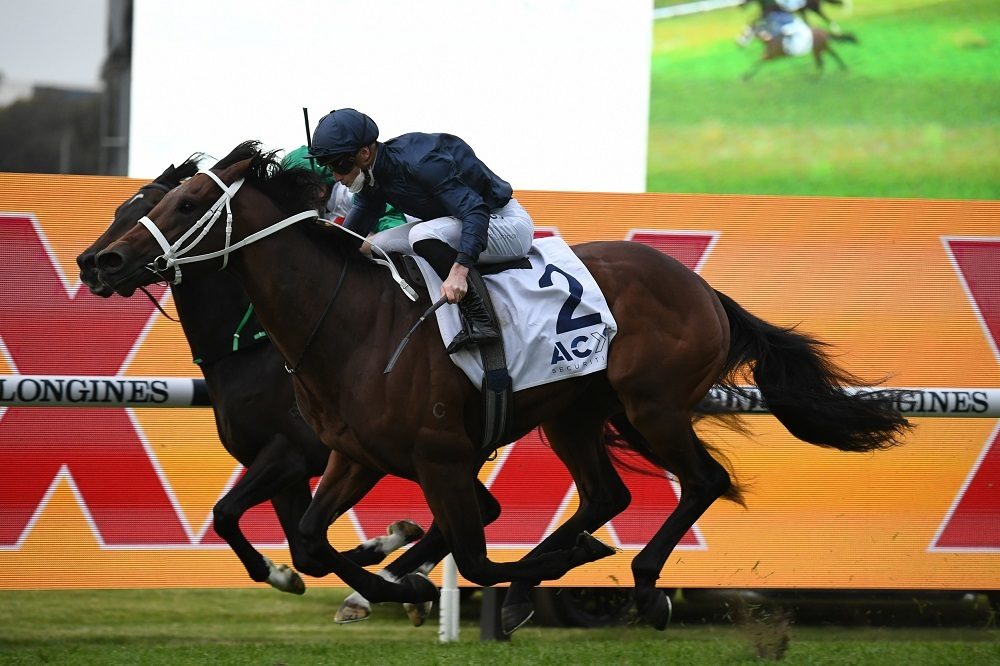 Pencarrow principal Sir Peter Vela was right in the thick of the action on a star-studded Saturday at Rosehill over the weekend, part-owning two stakes winners and a Group One placegetter.

Emerging stayer Head Of State picked up the second win of his seven-start career with a determined victory over Profondo (Deep Impact) in the Gloaming Stakes.

“It’s been a work in progress,” trainer Chris Waller said. “It’s coming together now. It’s a pleasure to work with these types of horses.

“The Group One Spring Champion Stakes (2000m) is the plan now. We thought he would take good improvement from today’s run into that race in two weeks’ time. Obviously the second horse was very good today, and he’ll have a bit of improvement to come. I love the way they gapped the rest.”

“That was a huge effort against the bias,” McDonald said. “He was very up and about before the start, so there’s still more to come. He loved that fast ground.”

One of the standout talents of last season’s two-year-old crop, Home Affairs made a spectacular three-year-old debut in the Heritage Stakes.

Taking on a field that featured the highly impressive Paulele (Dawn Approach) and New Zealand’s star two-year-old of last season Sword Of State (Snitzel), Home Affairs dominated the race from the front.

The chasers never got close as Home Affairs scorched up the Rosehill straight, clocking 1:02.67 for the 1100 metres.

Waller believes Home Affairs has the potential to be a genuine chance in next month’s A$15 million The Everest (1200m) at Randwick.

“The Everest will be discussed for sure, Home Affairs is obviously a very talented three-year-old,” Waller said. “I know he has only had five starts, but he has had those trials and a Golden Slipper preparation, which can be demanding.

“He’s a big, strong colt and he could go to The Everest if that is what the owners decide.

“For Home Affairs to show such good early speed then give a kick at the 300 metres today tells you he is a class colt.”

A son of star Australian stallion I Am Invincible, Home Affairs is a half-brother to Group One Caulfield Guineas (1600m) placegetter Aysar (Deep Field). The pair’s dam Miss Interiors (Flying Spur) is a half-sister to multiple Group One winner and sire Russian Revolution.

Last-start Group Three Ming Dynasty (1400m) winner Coastwatch lost no admirers when he came up against the very best of his age group and finished a close third in the Golden Rose.

Ridden by Nash Rawiller, Coastwatch sat in third or fourth throughout and stuck to his task gamely all the way down the straight. He finished only a length and a half from the winner In The Congo (Snitzel), while the runner-up was proven Group One star Anamoe (Street Boss). The time of 1:21.46 was a new race record, breaking the 1:21.83 set by Exosphere (Lonhro) in 2015.

Rawiller was delighted with his mount’s performance. “He was super – gee, he ran well,” he said. “He just sat off that speed, and he has a great future.”

Coastwatch has now had nine starts for two wins and three placings.

By champion sire Fastnet Rock, Coastwatch is a son of the twice-winning mare Bullion Mansion (Encosta de Lago), who is also the dam of the Group One Caulfield Guineas (1600m) winner Mighty Boss (Not a Single Doubt) and stakes-placed Shiralee (Stratum).