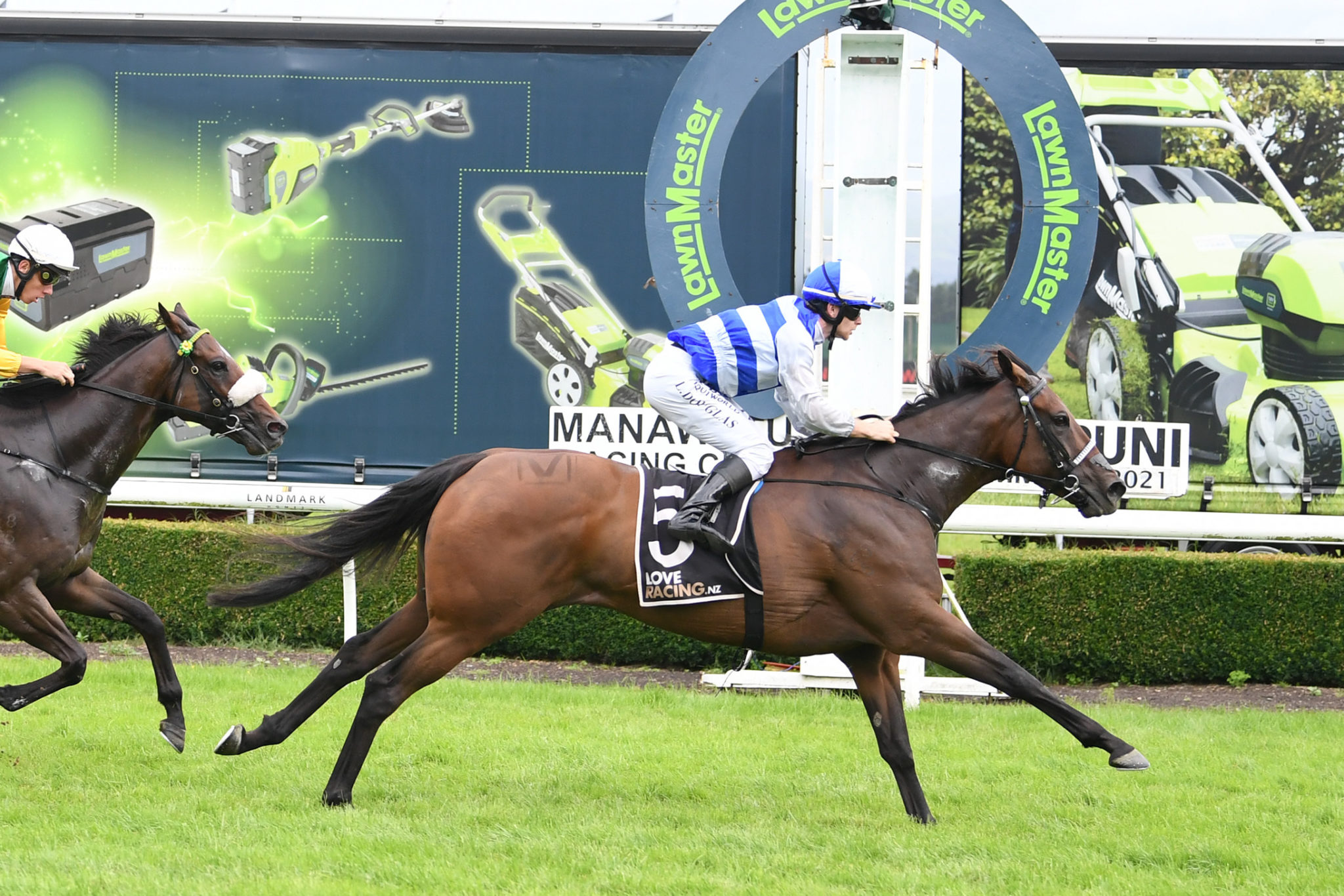 Ridden by Lemmy Douglas for trainers Steven Ramsay and Julia Ritchie, the six-year-old raced in midfield before powering down the outside of the track to score by a length and a quarter from the highly rated Sindicato (NZ) (Per Incanto) and in-form Geezas George (NZ) (He’s Remarkable).

Naval Fleet was bred by Pencarrow Thoroughbreds Ltd and is raced by Sir Peter Vela. She has now had 20 starts for three wins, five seconds and eight third placings, earning $63,224 in stakes so far.

Naval Fleet is by Declaration Of War, who is the sire of 342 winners from 526 runners worldwide including 39 individual stakes winners. Among his standout performers are Melbourne Cup (3200m) hero Vow And Declare, Victoria Derby (2500m) winner Warning and Queensland Oaks (2200m) heroine Winning Ways.

Navy Beach is the dam of two winners from three foals to race. Four-year-old Valcazella (NZ) (Rip Van Winkle) has been a winner over 1550 metres this season, while the talented maiden Wolfgang (NZ) (Puccini) has placed in the Group Three Woburn Farm Classic (1200m) and Listed Wellesley Stakes (1000m).

Navy Beach returned to Puccini (NZ) and produced a filly in 2020.