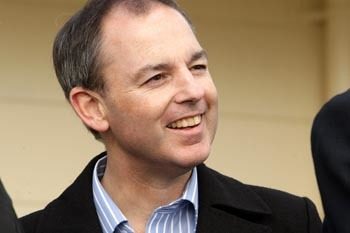 Cossey has earned respect as a form analyst and jockey manager, most recently managing both Opie Bosson and Matthew Cameron as they battled out last season's New Zealand Jockeys' Premiership.

"We are thrilled to have someone with Garry's knowledge and expertise join the team," Pencarrow Stud general manager Leon Casey said.

"Peter (Vela) and Garry have always got on well, particularly through their mutual association with James McDonald, and Peter was very keen to secure Garry's services. Fortunately for us he was looking for a new challenge so it has worked ideally."

Cossey will relinquish his duties as a jockey manager stating that he has thoroughly enjoyed the role, particularly in the season just gone, but was ready for a new challenge and is delighted to be joining Pencarrow full time.

"Pencarrow has a beautiful team of horses in training and I can't wait to get involved," Cossey said.

"Pencarrow Racing will have the bulk of its horses in work based at Maungatautari with Steven (Ramsay) and Julia (Ritchie), but we will also have a number spread around other trainers throughout New Zealand and Australia as we do each season," Casey said.

"It's all worked smoothly so far, but I can see real benefit in having a single person dedicated to coordinating registrations, nominations, programming, etc, particularly with Garry's immense skill."

Garry Cossey will commence with Pencarrow Racing from August 8.