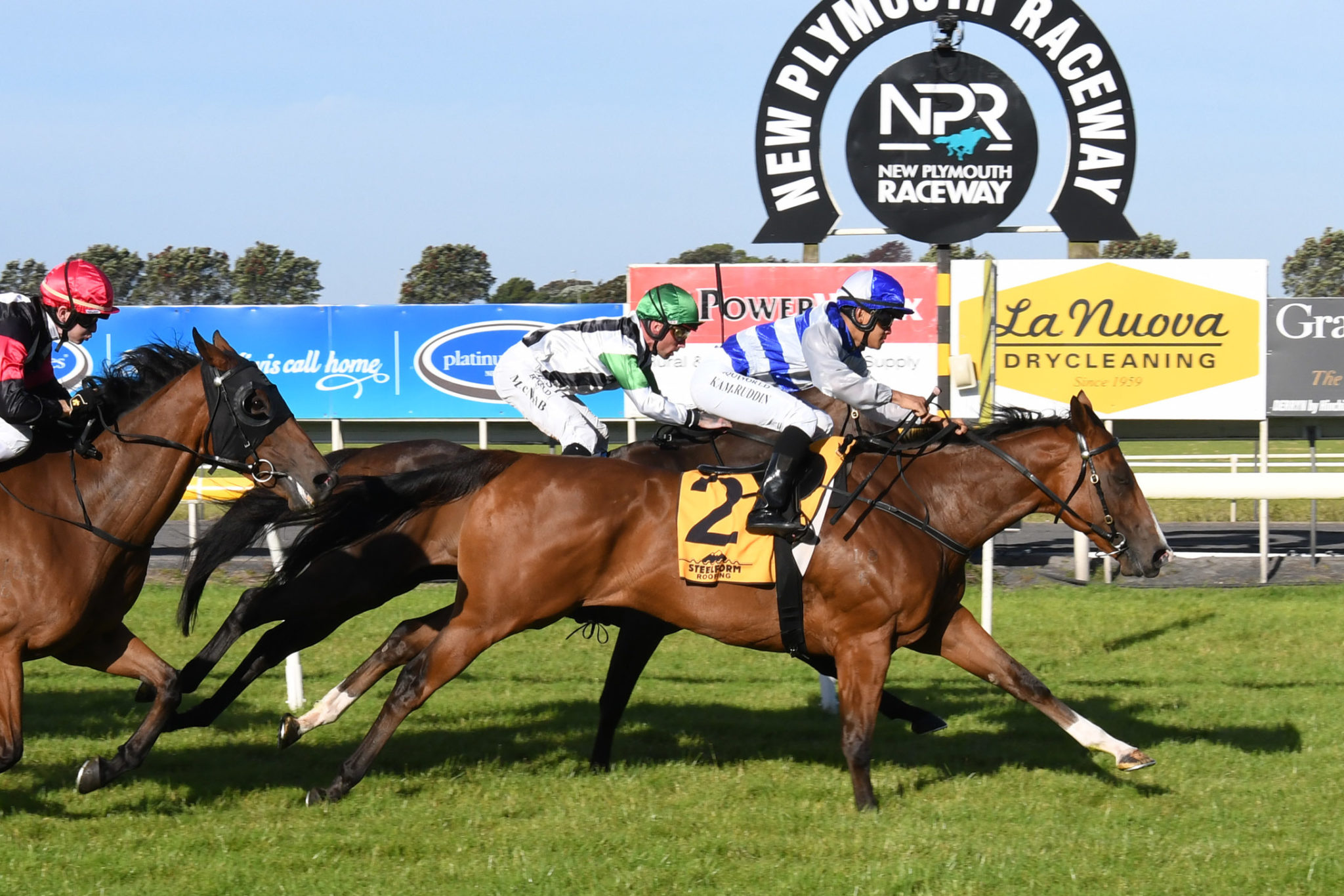 This week’s victory marked the fourth time Palm Springs has won at New Plymouth from just seven appearances at the track, with two additional placings. The five-year-old mare now has an overall career record of 16 starts for five wins, four placings and $50,843 in stakes.

The John Bell-trained Palm Springs was ridden by Joe Kamaruddin on Wednesday, and she broke sharply from the outside gate to move forward and vie for the lead in the early stages.

Brahma Sunset (Darci Brahma) slid through on her inside to hit the front, but Palm Springs took a sit alongside her before lodging her challenge around the home turn.

Brahma Sunset fought hard along the rail, but Palm Springs kept finding through the last 150 metres and gradually gained the upper hand to score by a long neck.

Palm Springs is raced by Sir Peter Vela, who bred the filly in partnership with Curraghmore’s Gordon Cunningham. She is by Super Easy (NZ), a successful sire son of the Pencarrow-bred Darci Brahma (NZ). Super Easy is the sire of 86 winners from 154 runners, with seven individual stakes winners.