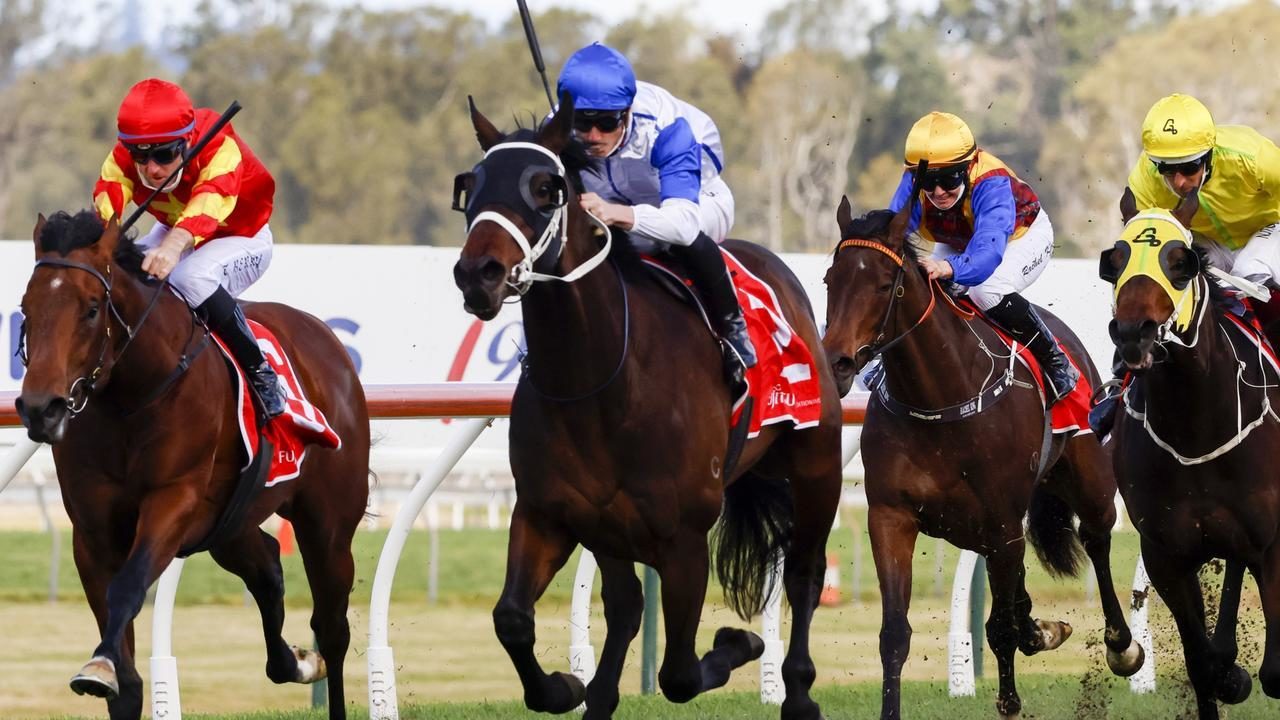 A winner at two and runner-up in the Group Three Up and Coming Stakes (1300m) in his only previous three-year-old start, the Chris Waller-trained Coastwatch took a big step forward over Saturday’s slightly longer distance.

Ridden by champion expat New Zealand jockey – and close friend of Sir Peter Vela – James McDonald, Coastwatch settled in fourth before stretching out stylishly down the straight to reel in the front-running Military Expert (Redoute’s Choice) and score by three-quarters of a length.

“He is a very smart horse, with a really good mind to him and a great turn of foot,” McDonald said. “I reckon we will see the best of him when he gets to a mile and 2000 metres. Even this time next year, he will be a pretty good horse.

“The Randwick Guineas (Group One, 1600m) in the autumn will be just perfect for him, especially with some give in the ground. He will be on an upward spiral from here on in. He has the constitution with a really good mind and good turn of foot. He’ll be in all the good races.”

Raced by Sir Peter Vela in a partnership that also features the likes of Coolmore, Chris Waller Racing, Woppitt Bloodstock, Peachester Lodge and Rockingham Thoroughbreds, Coastwatch has now had eight starts for two wins, two placings and A$163,650 in stakes.

“He has the makings of a very good horse,” Waller said. “He could be a Randwick Guineas or even a Doncaster (Group One, 1600m) horse in the autumn. I think the owners will have plenty of fun with him.

“Just a little bit of time has helped him. He showed some ability at two, but he didn’t know what it was all about. Now that he has matured into a three-year-old, you can see the difference. He is racing with some consistency and with some purpose.”

By champion sire Fastnet Rock, Coastwatch is a son of the twice-winning mare Bullion Mansion (Encosta de Lago), who is also the dam of the Group One Caulfield Guineas (1600m) winner Mighty Boss (Not a Single Doubt).