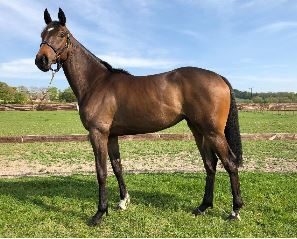 Ridden by Frankie Dettori for Aidan O’Brien, Mother Earth came out of midfield with a powerful surge along the inside of the track, showing superior stamina and class through the uphill final stages to win by a length.

Mother Earth is one of two stakes winners out of the Green Desert mare Many Colours, who is a half-sister to Pencarrow’s Marsden Cross.

Three-year-old filly Marsden Cross herself has shown bright promise in a short racing career to date, finishing third at Lingfield on March 26 and a last-start fourth at Yarmouth on April 20.

Marsden Cross was bought for 130,000 euro by De Burgh Equine at the 2019 Deauville August Yearling Sale. She is owned by Sir Peter Vela and trained by Sir Mark Todd at his facility in Wiltshire, United Kingdom.