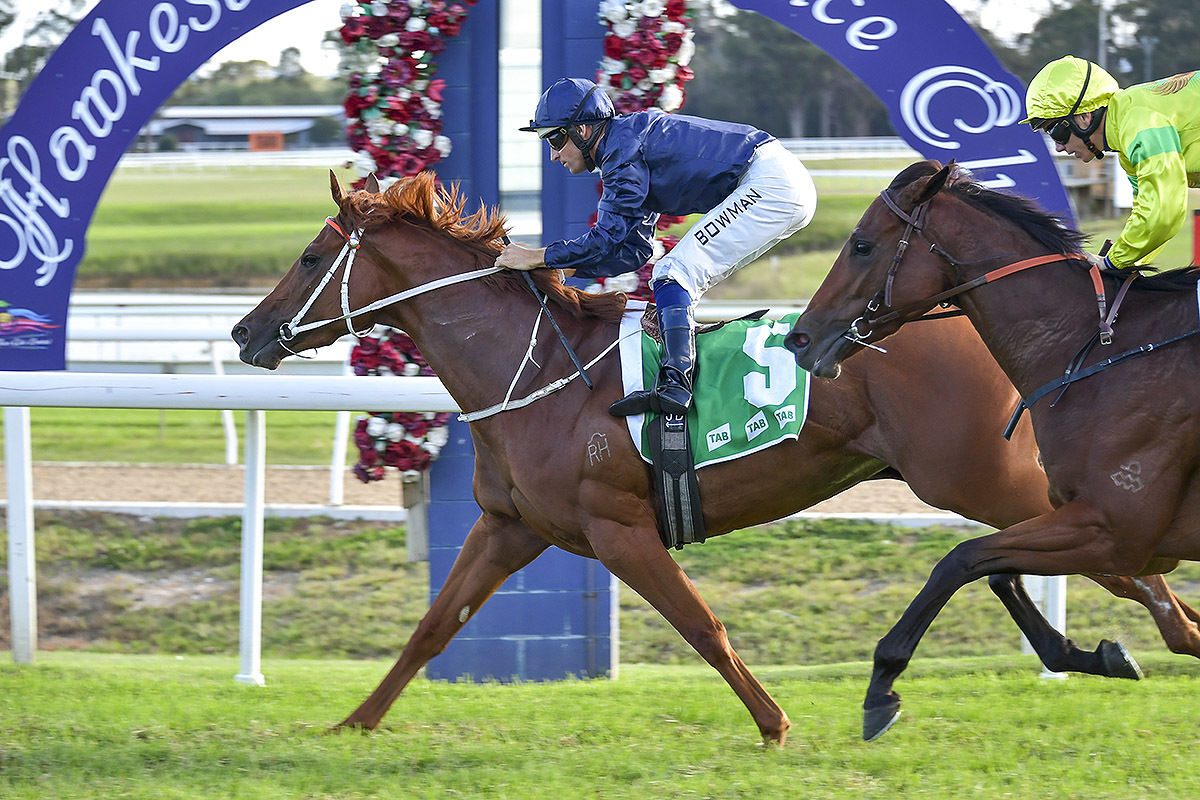 Ridden by Hugh Bowman for Newcastle trainer Kris Lees, the three-year-old dropped back early from her wide gate and remained near the rear of the field for most of the race. With 400 metres to run, she still had only two horses behind her in a 12-horse field.

But then Bowman sent I Say Hello into top gear, charging past nine rivals in the straight to win impressively by half a length.

Raced by a syndicate that includes Sir Peter Vela along with the likes of Coolmore, Cobra and Rockingham Thoroughbreds, the chestnut filly has now had four starts for three wins and a second placing, earning more than A$61,000 in stakes with the promise of much more to come.

I Say Hello is by Iffraaj out of the high-class racemare Say No More (NZ) (Say No More), who won six races including the Group One Thorndon Mile (1600m) and New Zealand Thoroughbred Breeders’ Stakes (1600m).

I Say Hello is one of three winners from three foals to race out of Say No More, who is also a half-sister to the Group performer Lucy Love (NZ) (Four Seasons).