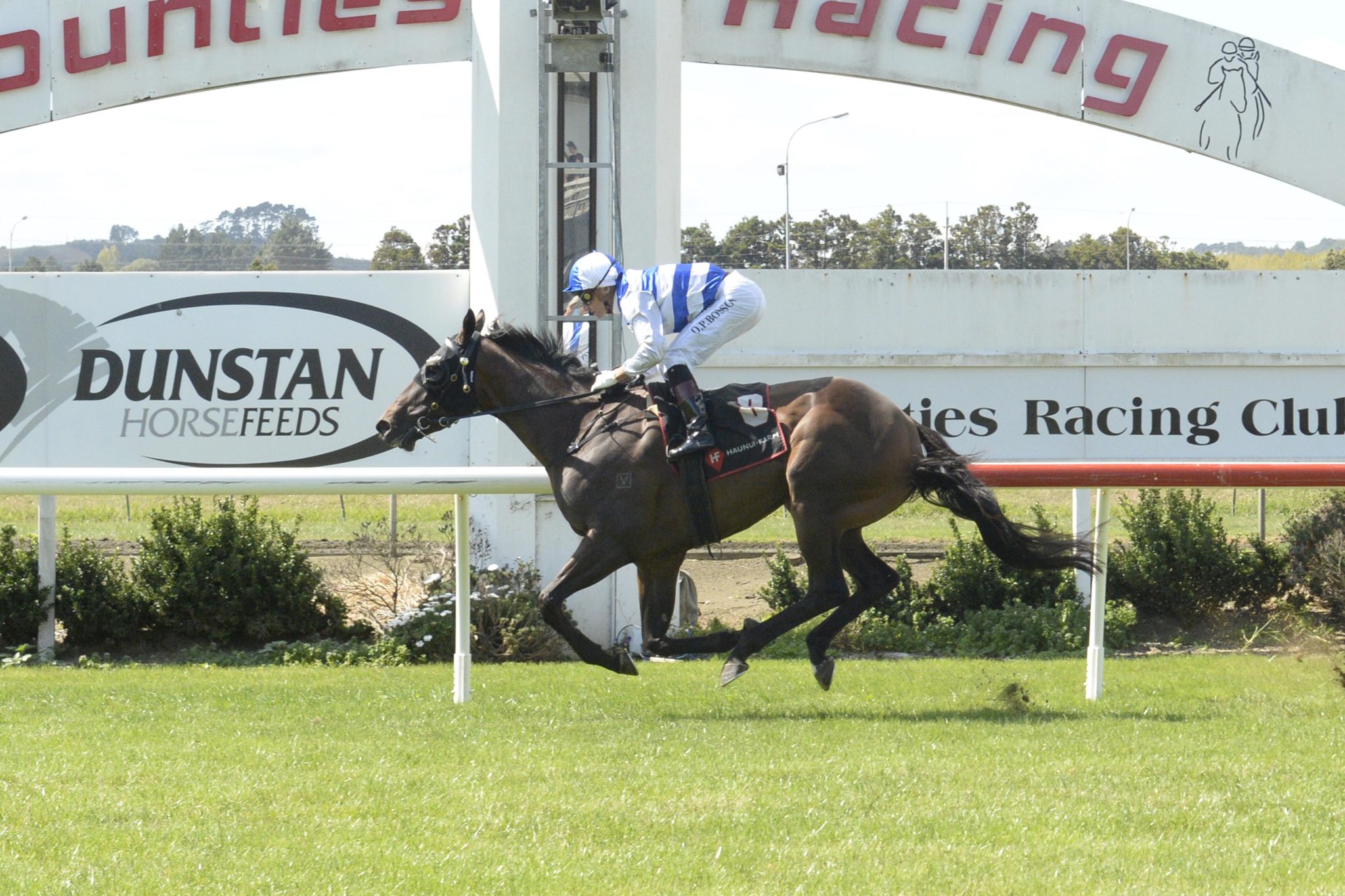 Up-and-coming Pencarrow three-year-old Granados (NZ) (Mongolian Khan) collected the first win of his short career with a dominant performance in the $10,000 Betavet 2100 at Pukekohe on Wednesday.

Rated a clear favourite after strong finishes for fourth, second and fourth in his previous three appearances, Granados lived right up to expectations.

Ridden by Opie Bosson for the powerful Cambridge stable of Murray Baker and Andrew Forsman, Granados was pushed forward from a wide gate to sit outside the leader as the field turned out of the home straight with a lap to go.

He continued to roll forward to take a clear lead into the back straight, and he never surrendered that advantage. He sprinted again in the straight and powered clear, winning by two and three-quarter lengths.

Bred by Pencarrow and raced by Sir Peter Vela, Granados has now had five starts for a win, a second and two fourths.

Granados is by Mongolian Khan, who was twice New Zealand Horse of the Year. Also trained by Baker and Forsman, he became the first horse to ever complete the treble of the Group One New Zealand Derby (2400m), Australian Derby (2400m) and Caulfield Cup (2400m). He has made a promising start at stud, with Granados becoming the 12th individual winner from his first crop.

The dam of Granados is Goyescas (Encosta de Lago), who is now the dam of two winners from three foals to race. Her first foal Tonadillas (NZ) (Your Song) is a four-race winner.

Goyescas is out of the Group One-winning Danehill mare Larrocha, whose dam Kensington Gardens (NZ) (Grosvenor) placed in the AJC Oaks (2400m) and produced the Victoria Derby (2500m) winner and successful sire Blackfriars (Danehill). This is also the same family as the 2020 Australian Derby (2400m) winner Quick Thinker (So You Think).

Since producing Granados in 2017, Goyescas has had a colt by Turn Me Loose (NZ), a filly by Burgundy (NZ) and a filly by Contributer.