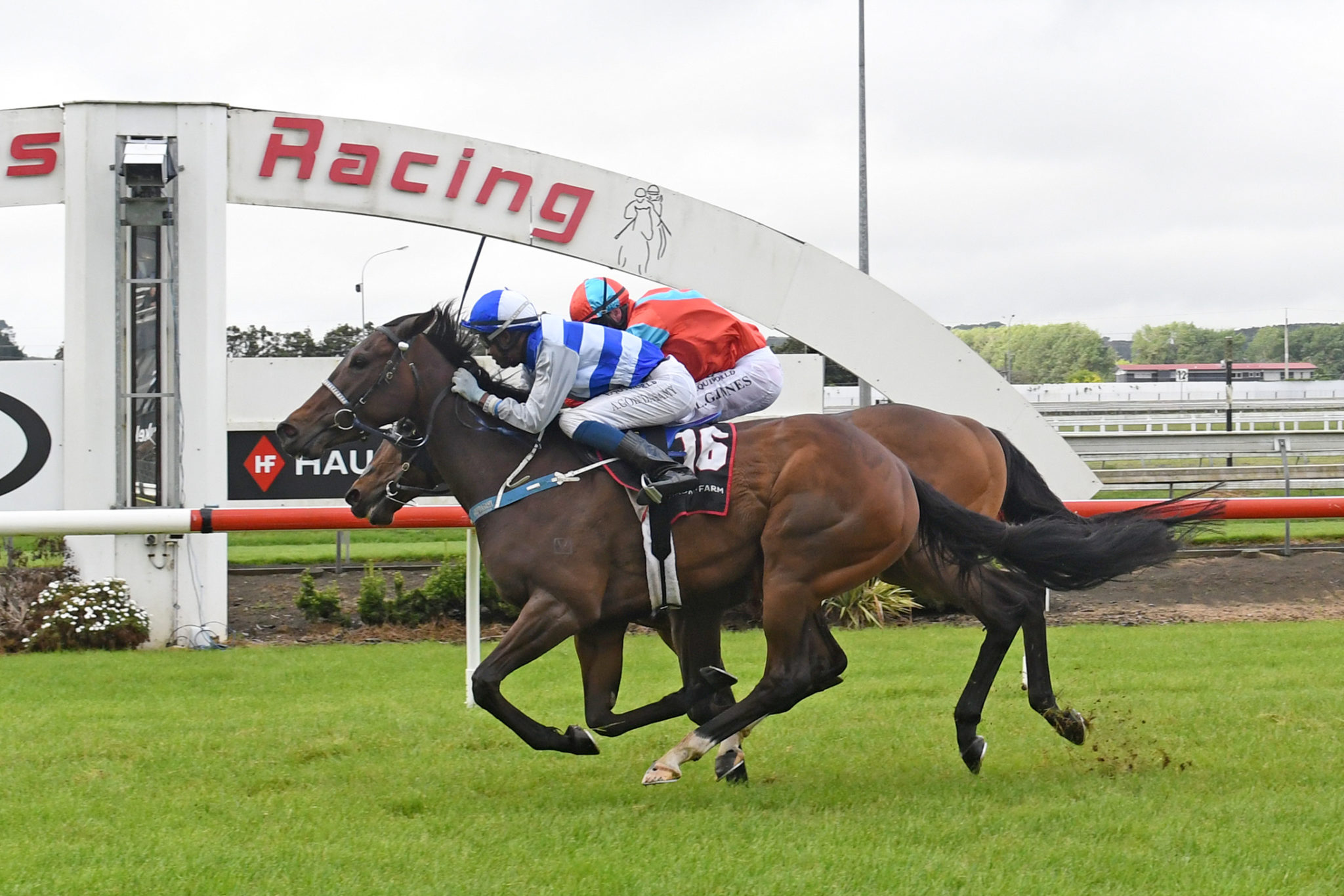 The lightly raced four-year-old was thrown in at the deep end on Saturday, but she has always shown real quality.

Along with an impressive maiden win, her three-year-old season also featured a fourth in the Group Three Wellington Stakes (1600m) and a fifth in the Listed NZB Airfreight Stakes (1400m). From her first three starts as a four-year-old, she had finished third first-up before scoring back-to-back wins by wide margins at Matamata.

Ridden on Saturday by Ashvin Goindasamy, Siracusa unleashed a brilliant turn of foot and stormed home out wide on the track. She rapidly reeled in the leader Demonetization (All Too Hard), who fought back strongly, but Siracusa gained the upper hand and scored by a short head.

Trained by Steven Ramsay and Julia Ritchie at Maungatautari, Siracusa has now had eight starts for four wins and a placing. She has earned $59,200 in stakes.

“She has the heart of a lion and is so, so tough,” Ritchie told NZ Racing Desk. “We’ve always thought so much of her and have been prepared to nurse her along all the way.

“We took her down south, where she ran fifth in a Listed three-year-old race which, in hindsight, may have been the wrong move as she got stuck down there when we went into lockdown.

“We were fretting as to when we would get her back and it wasn’t until lockdown was over towards the end of May that we could start to get her home.

“She still wasn’t quite right when she ran third for us in her first campaign run at Taupo, but since then she hasn’t looked back and has just kept getting better and better.

“Based on today’s effort, there is plenty ahead for her, but we are going to continue being patient as we move forward. We’re going to enjoy this result and then see how she comes through it before we decide where she goes next.”

Siracusa is raced by Sir Peter Vela and was bred by Pencarrow Thoroughbreds Ltd.

Siracusa’s second dam is Chimeara (NZ) (Danehill), who placed at Group Three level. Her siblings include Group One winner and sire Viking Ruler (Danehill), and stakes winners and Group One placegetters Lovetrista (Rock of Gibraltar), Kempinsky (Danehill) and Diamond Like (Danehill).

Siracusa’s Karaka Classic heroics completed a winning double on Saturday for the Pencarrow Racing colours, with Naval Fleet (NZ) (Declaration of War) scoring at Awapuni earlier in the afternoon.