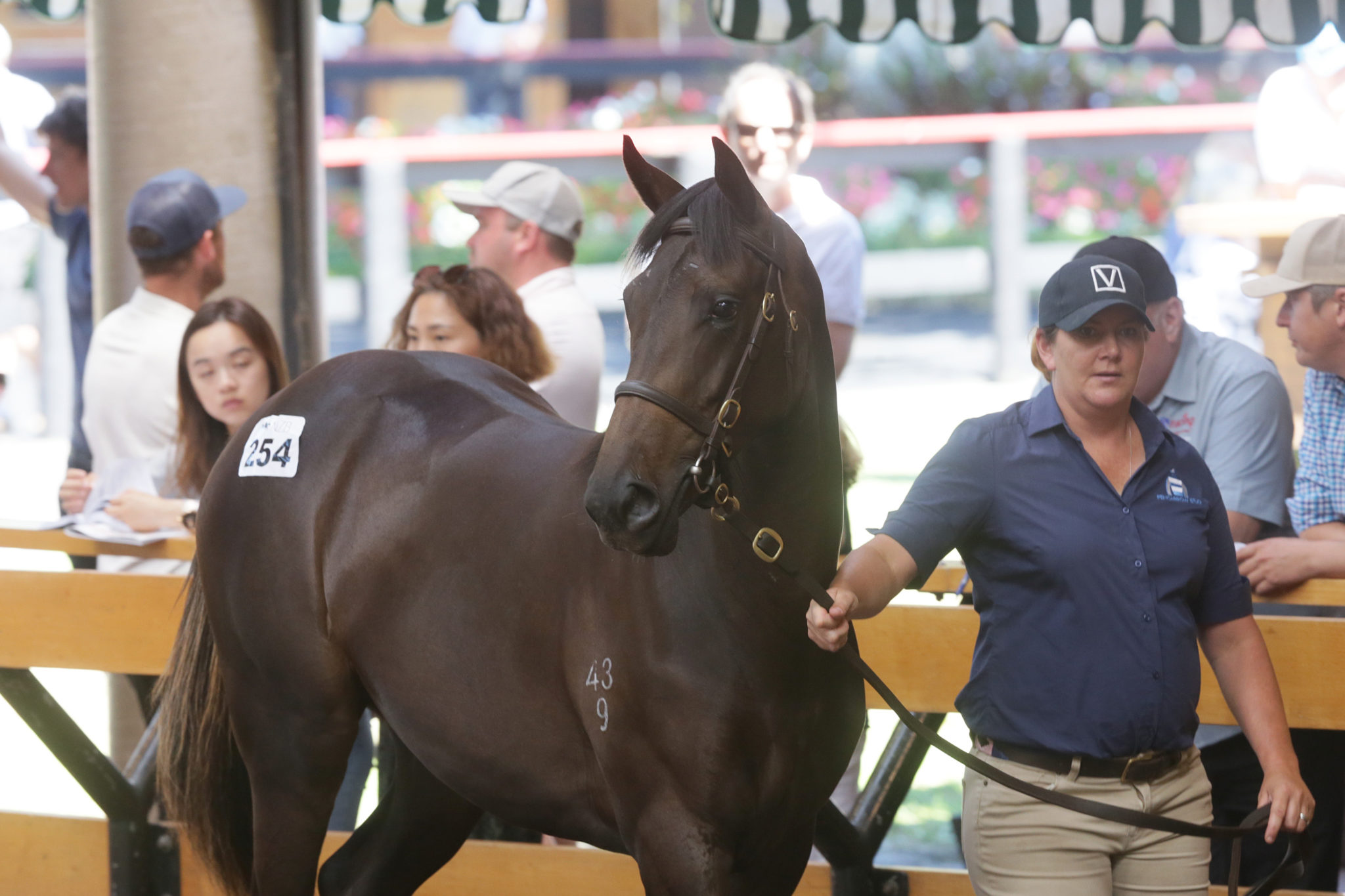 Prominent businessman Greg Tomlinson went to $450,000 under his Nearco Stud banner to secure a quality filly by Savabeel (Lot 254) out of the stakes performed daughter of Fastnet Rock, Asama Blue, from the Pencarrow Stud draft on day two of Karaka 2021.

From a family that that traces to blue-hen mare Blush With Pride, Tomlinson said it was a combination of pedigree and type that caught his attention.

“I was really attracted to the pedigree and type. It’s a strong American family and an international family and I am familiar with the dam Asama Blue,” Tomlinson said.

“She was one of a number of horses that I looked at over the past few days and is certainly one of my top picks.”

Tomlinson was keen to add another filly to the racing team that will eventually join his broodmare band.

“I am not really hung up on numbers, but I am hung up on quality. It is a case of refreshing and getting stock that is going to suit our New Zealand breeding industry. That’s the focus.

“I am very pleased to support the local industry and the quality horses and that is the confidence I get out of buying from the Pencarrow draft under Leon Casey’s management and (Sir) Peter Vela’s guidance.”

Asama Blue was raced by Vela in partnership with Coolmore Stud’s John Magnier, and Barronstown Stud.

She won her maiden in Great Britain before she was exported to New Zealand where she won two of her nine starts for trainers Steven Ramsay and Julia Ritchie, and finished runner-up in the Gr.3 Anniversary (1600m).

The filly was the second top lot on day two, only usurped late by another Pencarrow Stud offering, a colt by Tavistock (Lot 367) out of Echezeaux, purchased for $520,000 by Te Akau’s David Ellis.