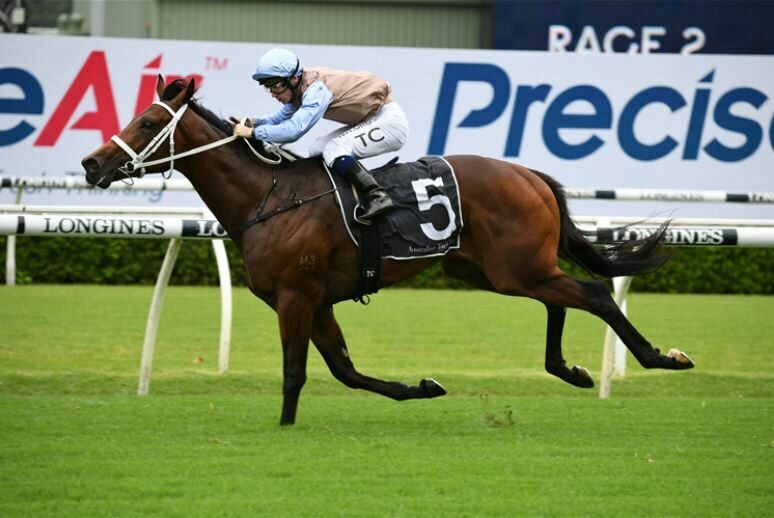 Pencarrow principal Sir Peter Vela shared in the spoils of a star-studded afternoon at Newcastle on Monday when former high-class juvenile O’President (Fastnet Rock) made an impressive return to form.

Newcastle’s Monday meeting hosted seven races that were postponed from a waterlogged Rosehill in Sydney two days earlier, starting with the A$130,000 Cleanaway Handicap (1400m).

O’President went into the race under the radar, having been unplaced in four starts since his classy win in the Group Two Skyline Stakes (1200m) in February of last year. But the Chris Waller-trained three-year-old had shown encouraging signs with a recent placing at the Rosehill trials, and on Monday he was right back at the top of his game.

Ridden by Tim Clark, O’President sat outside the leader before taking control in the straight, kicking hard and putting himself well out of the chasers’ reach. He scored by three-quarters of a length, improving his record to three wins from eight starts and A$243,600 in prize-money.

“He lost form for a while but has found it again now,” Waller said. “He’s certainly a decent horse, and back up on a better track today, he was a totally different horse.

“He’s a Group horse, as we saw when he won the Skyline last year, so we’ll look to get him back to that level – maybe a Stradbroke Handicap (Group One, 1400m), if we can time his preparation right.”

O’Marilyn also placed in the Karaka Million 2YO (1200m) and Group One Diamond Stakes (1200m), and she is a half-sister to Group One winners Headturner (Anabaa) and Anacheeva (Anabaa). O’Marilyn was a $130,000 purchase from the 2013 Premier Yearling Sale at Karaka.

The same ownership syndicate also featured in one of Monday’s black-type features, with promising three-year-old Sword Point (American Pharoah) finishing third in the A$200,000 Group Two Yarraman Park Tulloch Stakes (1850m). Sword Point has now recorded two wins and two placings in an eight-start career, earning over A$155,000 in stakes.