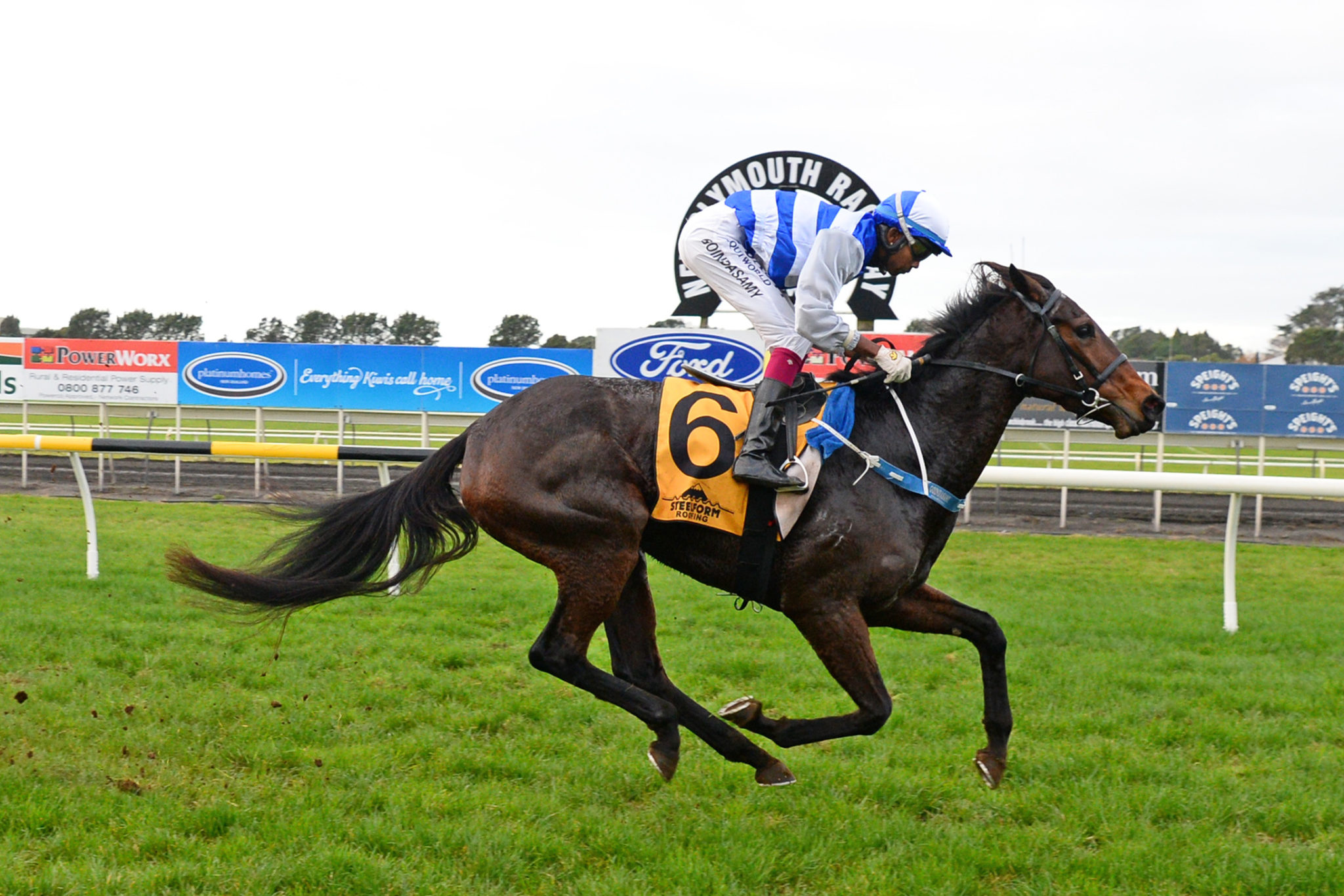 Racing in the blue and white hooped colours of Pencarrow, the three-year-old had finished an eye-catching fourth in her only previous appearance at Hastings late last month.

She jumped from the extreme outside gate on Thursday in a 10-horse field, and jockey Ashvin Goindasamy slid forward to sit outside the leader.

Palatinate began to improve her position coming down the side of the track, sticking her head in front with 600 metres to run and rounding the home turn with a clear lead.

Hot favourite Ladies Man (NZ) (Zed) finished strongly down the outside to issue a stern challenge, but Palatinate dug deep and fought him off to win impressively by a length and a quarter.

Trained by Shaune Ritchie and Colm Murray at Cambridge, Palatinate has now had two starts for a win, a fourth placing and $6,200 in stakes.

Laurie Laxon and Sir Peter Vela bred and race Palatinate, who is by the quality Little Avondale Stud stallion Per Incanto.

The dam of Palatinate is Ruppertsberg (NZ) (Montjeu), who has now been represented by four winners from six foals to race. Palatinate’s older siblings include Adolay (NZ) (Fast ‘n’ Famous), who placed in the Listed NZB Airfreight Stakes (1600m), while Sky Rocket (NZ) (Darci Brahma) is a five-race winner in Singapore.

Ruppertsberg is a daughter of Clear Rose (NZ) (Deputy Governor) who won the Group One New Zealand 1000 Guineas (1600m) and is the dam of five winners including the stakes-placed Bettws (NZ) (Zabeel). She is also the granddam of Australian Group Three winner Bass Strait (NZ) (Holy Roman Emperor).