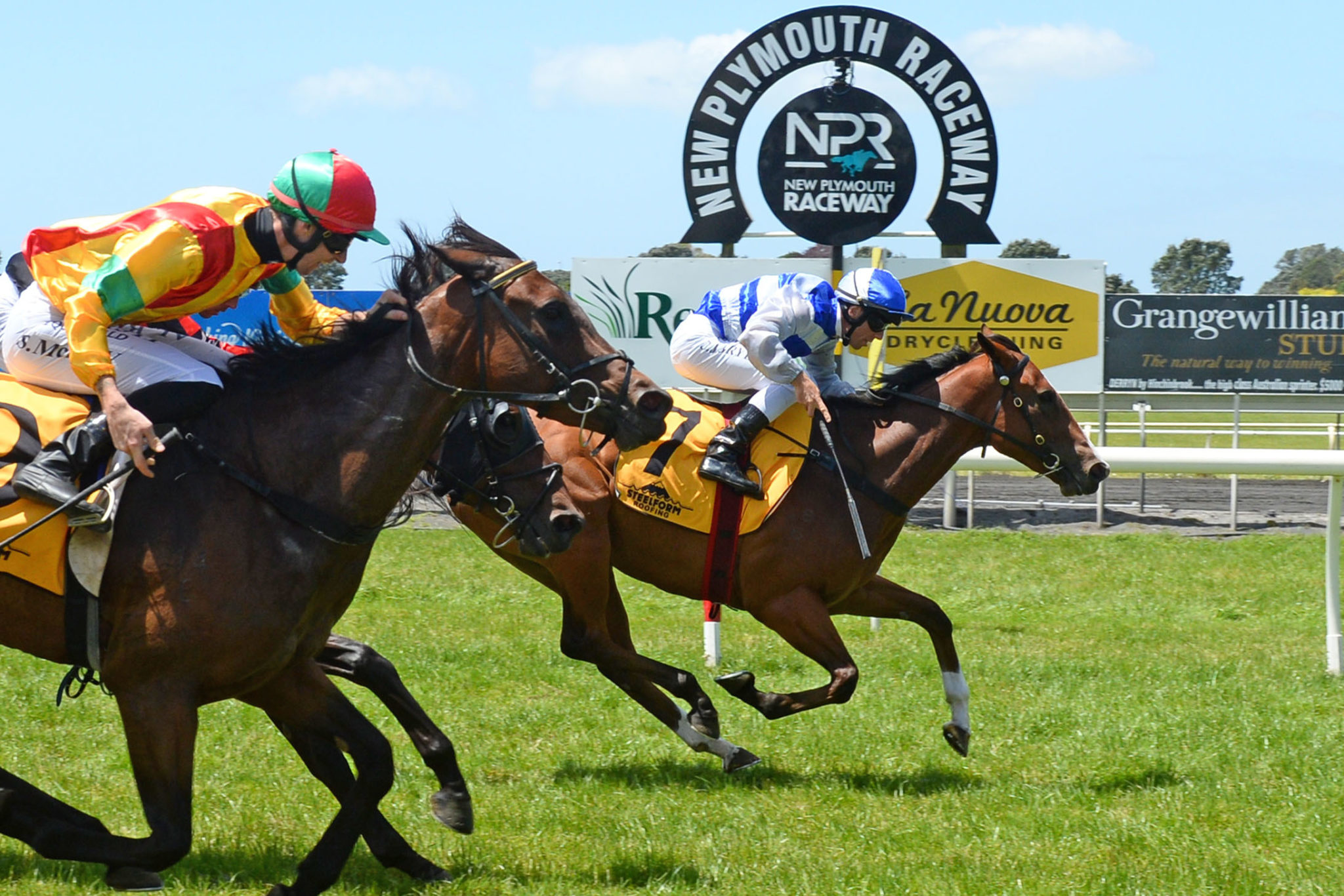 New Plymouth has proved to be a happy hunting ground for Pencarrow mare Palm Springs (NZ) (Super Easy), who has now recorded back-to-back victories at the Taranaki track.

The four-year-old won the $10,000 Mason Appliances 1200 in her previous appearance on November 20, and she delivered a repeat result on Thursday with another strong performance in the $11,000 Nulook Aluminium 1200.

Rider Craig Grylls slotted Palm Springs into fourth spot as the field worked down the back straight, then made his move after rounding the home turn.

Palm Springs swept past the leaders and took the lead with 200 metres to run, then held out the late-finishing Cooga Moon (NZ) (Alamosa) to win by a long neck.

Trained by John Bell, Palm Springs has now had eight starts for three wins, a third, a fourth and a fifth. She has earned $20,180 in stakes.

Palm Springs is the first foal out of North of Sunset, who has subsequently had a colt by Tivaci and was served by Pencarrow’s Group One performer Eminent in 2019.