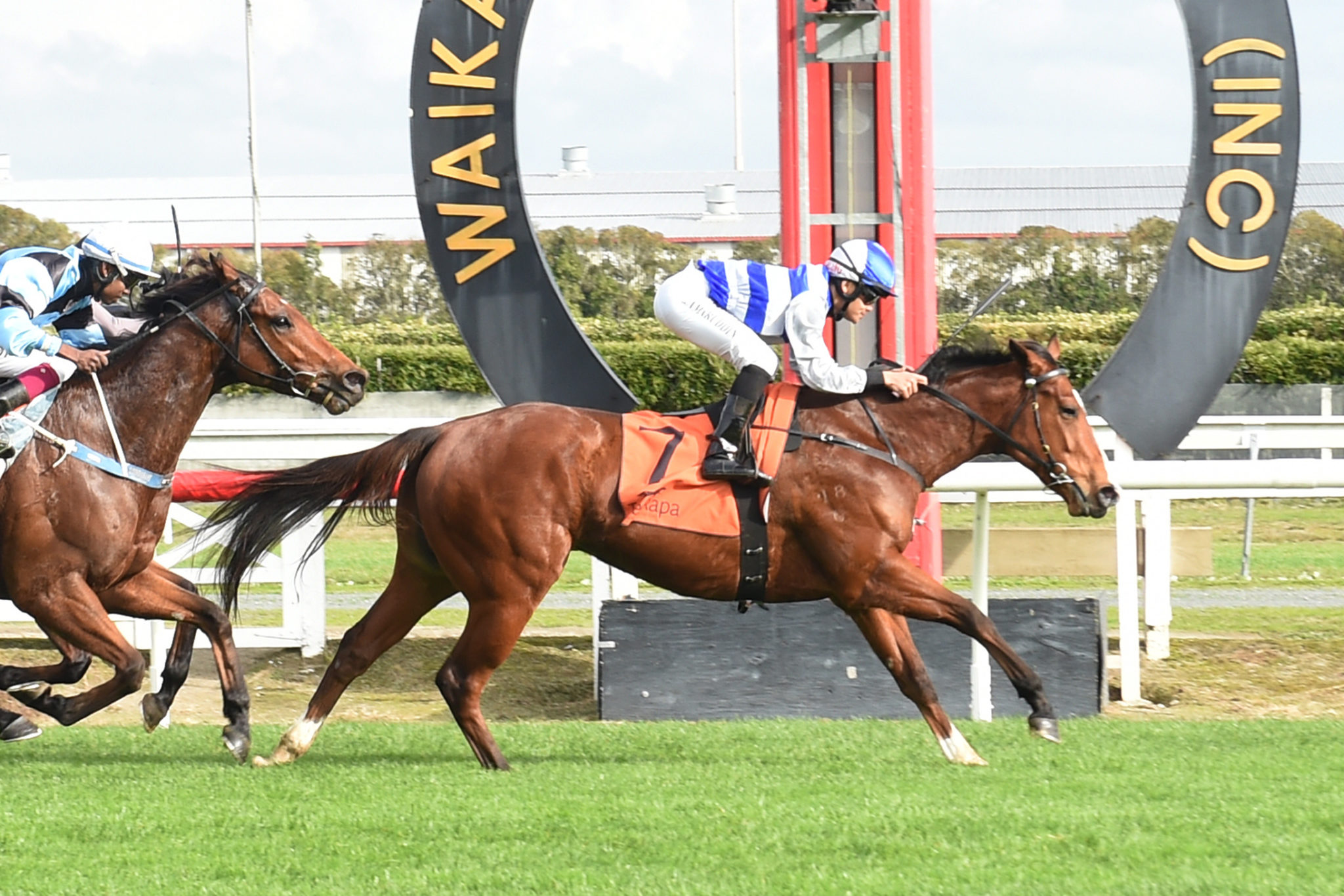 Trained by John Bell, Palm Springs had won three of her nine previous career appearances, but had been off the scene since a third placing at New Plymouth in late December.

Ridden in Saturday’s resuming run by in-form apprentice jockey Joe Kamaruddin, the four-year-old sat in fourth before coming wide around the home turn and setting out after the bold front-runner Packing Noblesse (The Factor).

Palm Springs worked through her gears and started to reel in that rival, taking the lead 50 metres from the finish and kicking clear to win by a length.

From 10 starts, Palm Springs has now picked up four wins and two placings.

Palm Springs is raced by Sir Peter Vela, who bred the filly in partnership with Curraghmore’s Gordon Cunningham. She is by Super Easy (NZ), a successful sire son of the Pencarrow-bred Darci Brahma (NZ). Super Easy is the sire of 75 winners from 139 runners, with six individual stakes winners.