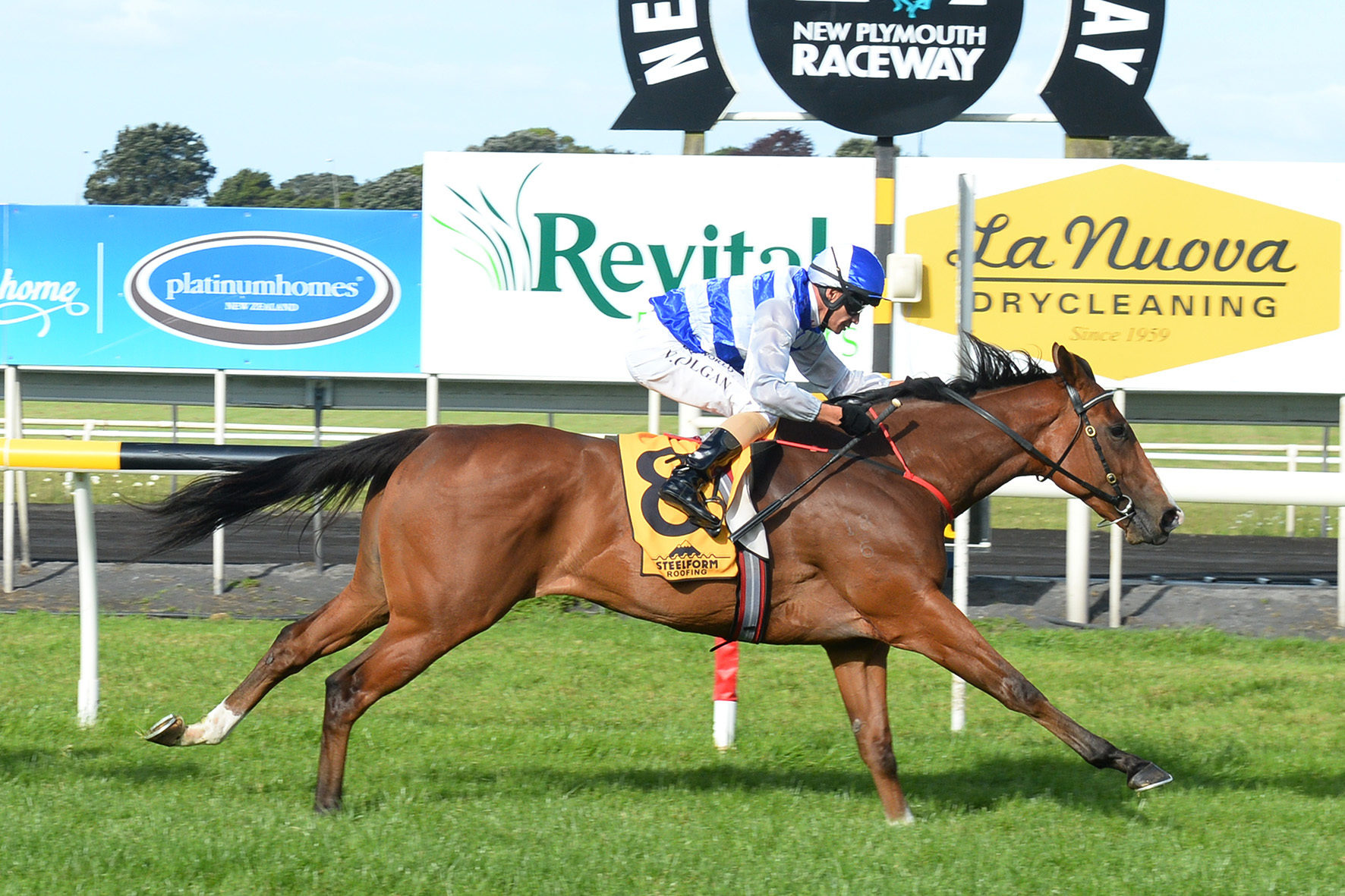 The lightly raced four-year-old collected the second victory of her career with a bold performance in the $10,000 Mason Appliances 1200.

Ridden by Vinnie Colgan, Palm Springs broke quickly from the starting gates and went forward to sit outside the leader. She stuck her head in front rounding the home turn, then pulled away in the straight to win by a length and three-quarters.

Trained by John Bell, Palm Springs has now had seven starts for two wins, a third, a fourth and a fifth. She has earned $13,800 in stakes.

Palm Springs is the first foal out of North of Sunset, who has subsequently had a colt by Tivaci and was served by Pencarrow’s Group One performer Eminent in 2019.