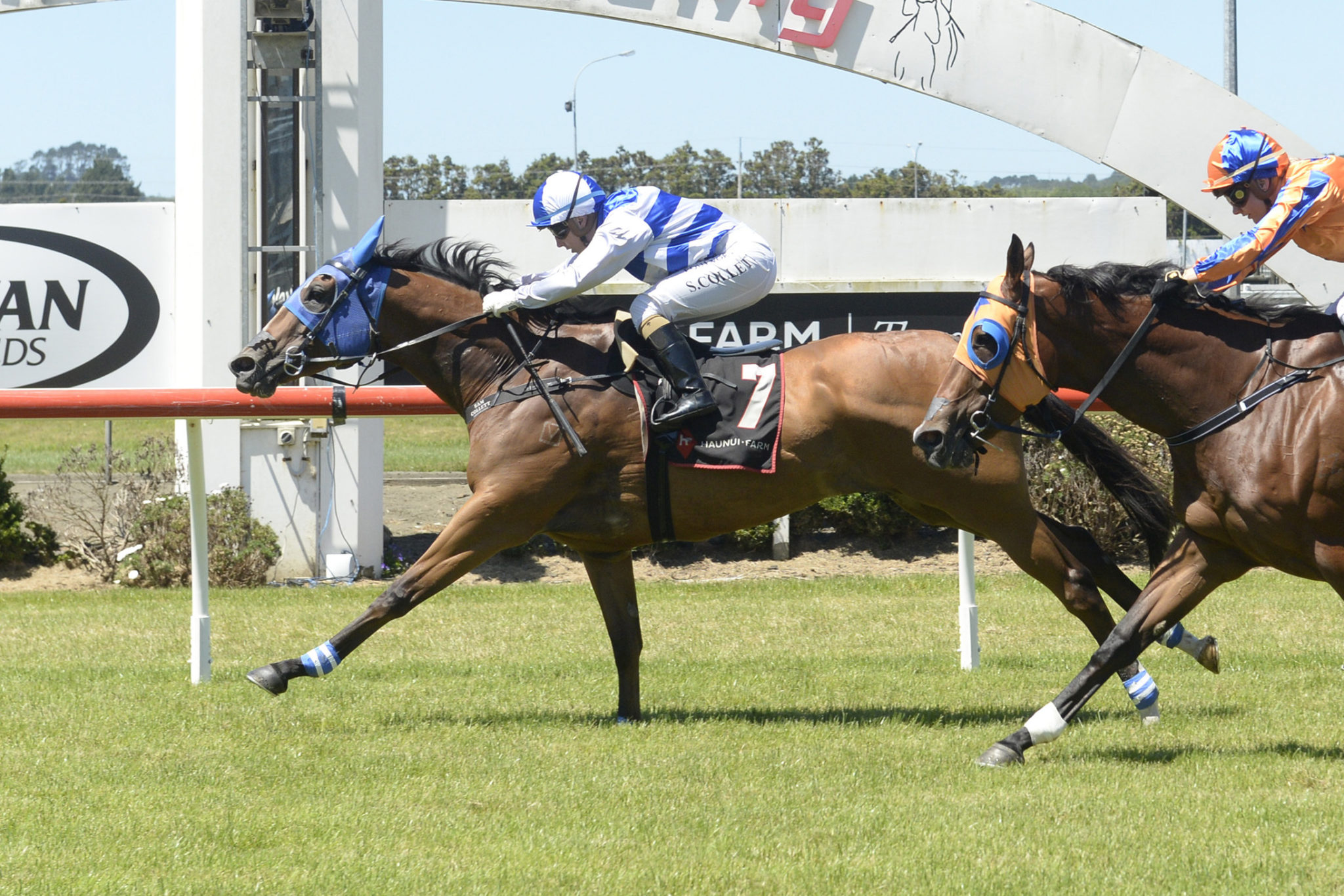 Maison Roxanne was a winner at Pukekohe earlier this month, and she went back-to-back on Sunday with another stylish performance.

Ridden by Samantha Collett for trainers Steven Ramsay and Julia Ritchie, the five-year-old raced in second place before out-finishing the front-running Euka Lady (NZ) (Swiss Ace) in the straight and stretching out to win by half a length.

Palm Springs, who had won her last two starts over this course and distance, finished strongly into third, three-quarters of a length behind the first pair.

Maison Roxanne has now had 16 starts for five wins, five placings and $52,205 in stakes. She was bred by Pencarrow and is raced by Sir Peter Vela.

A daughter of the champion Australian sire Snitzel, Maison Roxanne is out of Madame Echezeaux (NZ) (Montjeu) – a half-sister to five-time Group One winner and top sire Darci Brahma (NZ) (Danehill), plus multiple stakes winner and sire Burgundy (NZ) (Redoute’s Choice) and two other black-type performers.

Another sibling is Romanee Conti (NZ) (Sir Tristram), a big-race performer in New Zealand, Australia and Hong Kong and the dam of champion Ethereal (NZ) (Rhythm).

Madame Echezeaux is the dam of six foals to race, all of them winners. Since producing Maison Roxanne in 2015, she has had fillies by Vancouver and Vadamos in 2017 and 2018 respectively.