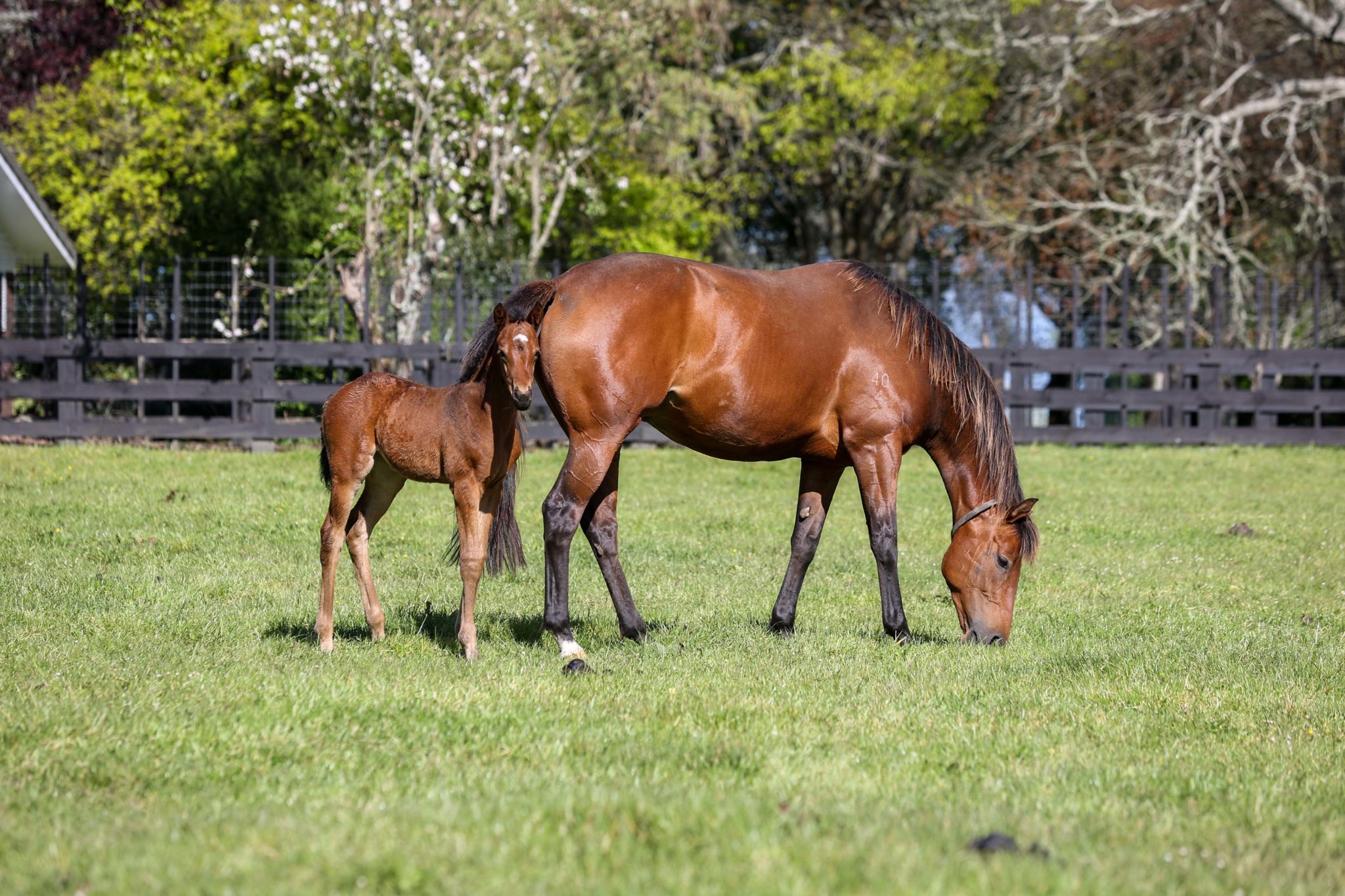 Foaling season is in full swing at Pencarrow Stud, with an esteemed band of broodmares producing another quality batch of blue-blooded babies over the last few weeks – including the eagerly anticipated first foal from an outstanding performer.

Retired to Pencarrow Stud following her close second in the Zabeel Classic on Boxing Day last year, Supera produced her first foal on September 23 – a quality filly by The Oaks Stud’s triple Group One-winning shuttle stallion U S Navy Flag. This filly has impressive scope and length, coupled with natural muscle and substance.

Supera is one of two stakes winners out of star broodmare Sopra Tutto (NZ) (Van Nistelrooy), an unraced daughter of the stud’s iconic champion Ethereal (NZ) (Rhythm). Sopra Tutto’s other standout performer was the high-class Eleonora (NZ) (Makfi), who scored impressive Group Three wins on both sides of the Tasman and also placed in the Group One VRC Oaks (2500m).

Sopra Tutto has also been in the thick of the recent foaling activity at Pencarrow, producing an outstanding filly by Caulfield Guineas (1600m) winner Super Seth on October 4. This valuable new arrival is set to race in the blue and white hoops before retiring to Pencarrow stud to carry on the legacy of this great family.

An exciting young prospect on Waikato Stud’s stallion roster, Super Seth is also the sire of a filly foal out of stakes-winning sprinter Silver Eclipse (NZ) (Darci Brahma), who represents a line of four consecutive stakes winners to race in the colours of Pencarrow Stud tracing back to the outstanding mare Finezza Belle (NZ) (Sir Tristram).