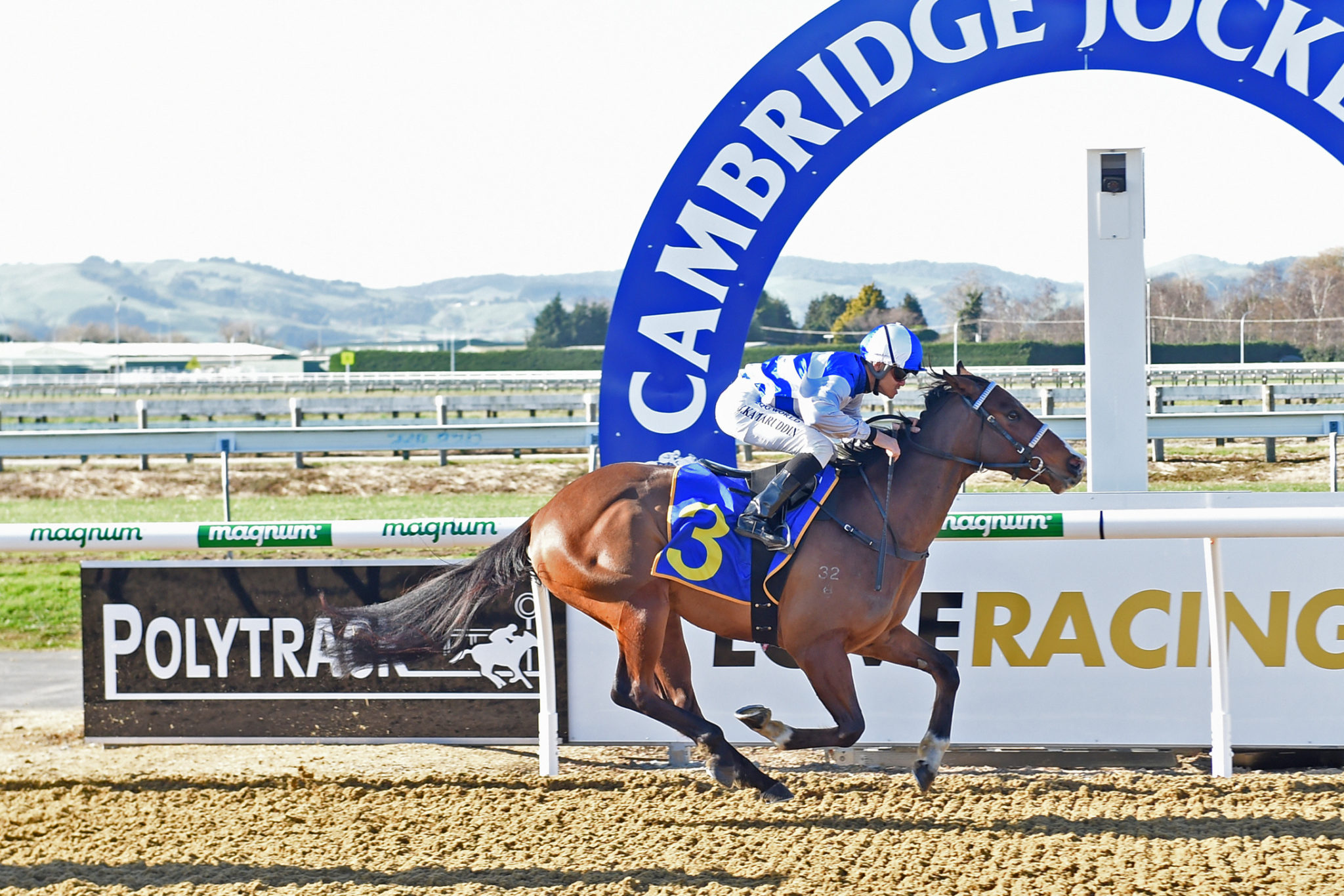 Fourth on debut over the same course and distance in May, the Steven Ramsay and Julia Ritchie-trained gelding took a big step forward on Wednesday in his second career appearance.

Apprentice jockey Joe Kamaruddin guided him forward to sit outside the leader in the early stages of the race, and then Pampas powered clear in the straight with a slick turn of foot.

He quickly opened up a clear margin on the rest of the field, and he still had a length and three-quarters up his sleeve as he cruised past the finish line and stopped the clock at a quick 55.9 seconds.

With one win now to his name from two starts, Pampas has so far banked $6,000 in prizemoney. He was bred by Pencarrow and is raced by Sir Peter Vela.

Pampas is by Deep Field, a former high-class Australian sprinter who has made a big splash since starting his stud career in the spring of 2015. He has quickly racked up 192 winners from 302 runners, with 10 stakes winners headed by Portland Sky in this year’s Group One Oakleigh Plate (1100m).

From a quality Pencarrow family, Pampas is the first foal out of Pinolino (NZ) (Pins), who herself recorded three wins and nine placings from just 16 starts in Queensland.

Pinolino is a half-sister to the Listed winner Mirandola (NZ) (O’Reilly), and their dam Paolino (NZ) (Housebuster) won five races including the Group Two Auckland Thoroughbred Breeders’ Stakes (1400m). Paolino is the dam of seven winners from nine foals to race.

Since producing Pampas in 2018, Pinolino had a colt by Turn Me Loose (NZ) in 2020 and was served by Vadamos last season.