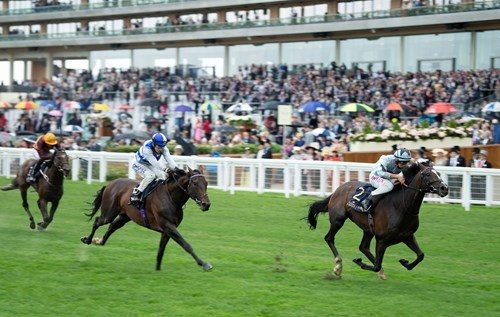 Trained by legendary Olympian Sir Mark Todd and ridden by David Probert, Tasman Bay stalked the leader throughout the three-year-old staying feature and strode forward purposefully to hit the front in the home straight.

Alenquer (Adlerflug) eventually outfinished the Pencarrow colt in gruelling heavy ground and went clear to win by a length and a half, but Tasman Bay finished almost three lengths clear of the remainder of the field.

There is no shame in a second placing to Alenquer, who has now won three of his four starts. He was a last-start winner of the Group Three Sandown Classic Trial (2000m), in which he defeated the subsequent four-length Group One Epsom Derby (2400m) hero Adayar (Frankel).

Tasman Bay is raced by Sir Peter Vela and has now had five starts for a win and three placings, earning more than £50,600 in stakes – the equivalent of NZ$100,760.