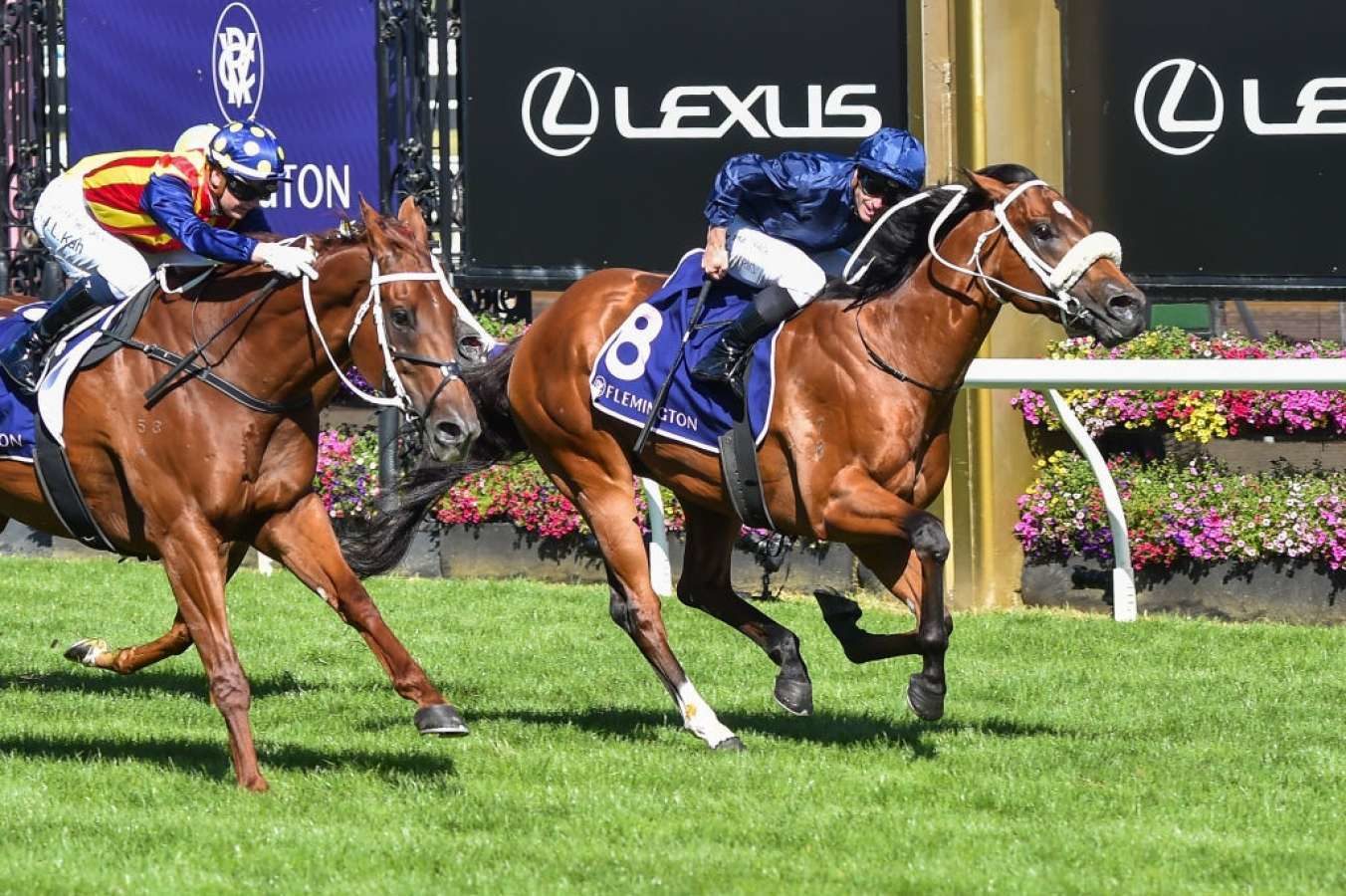 Part-owned by Pencarrow principal Sir Peter Vela, the super-talented Home Affairs (I Am Invincible) confirmed his place among the world’s standout sprinting talents with a second Group One victory in Saturday’s A$1m Black Caviar Lightning (1000m) at Flemington.

The freakish three-year-old burst to stardom at the same venue in October with a three-length runaway in the stallion-making Group One Coolmore Stud Stakes (1200m) on Victoria Derby Day. Saturday’s Lightning was the first start since that triumph for the Chris Waller-trained colt, and he came up against an elite line-up of older sprinters.

Home Affairs was an unintentional front-runner in the hands of champion jockey James McDonald, and he looked vulnerable with 200 metres remaining in Saturday’s high-octane clash. But the exciting up-and-comer dug deep, holding out a determined challenge from his seven-time Group One-winning stablemate Nature Strip (Nicconi) in a tight finish.

“It was a stressful situation in that last 100 metres, but he’s an absolute superstar my colt, and he knows how to fight,” McDonald said.

“The first half didn’t really go to plan to be honest with you, he was just left there, left a sitting duck, and for him to show that much fighting quality and determination and speed is just unbelievable.

“Nature Strip is the world’s best sprinter at this stage, and this fella is banging down the door.”

Home Affairs became the first three-year-old colt to win the Coolmore (formerly Ascot Vale Stakes) and Lightning in the same season since Zeditave (The Judge) in 1988-89.

From eight starts, Home Affairs has now recorded four wins and two placings, earning over A$2.29 million in stakes.

“The new boy on the block, Home Affairs, it was a gamble bringing him here today,” Waller said. “He raced against the young horses and dominated last preparation, and now he’s come back and beaten the best at weight-for-age. So it’s pretty exciting going forward.”

Home Affairs is developing into an enormously valuable stallion prospect, being by champion sire I Am Invincible out of a half-sister to Australia’s leading first-season sire Russian Revolution.