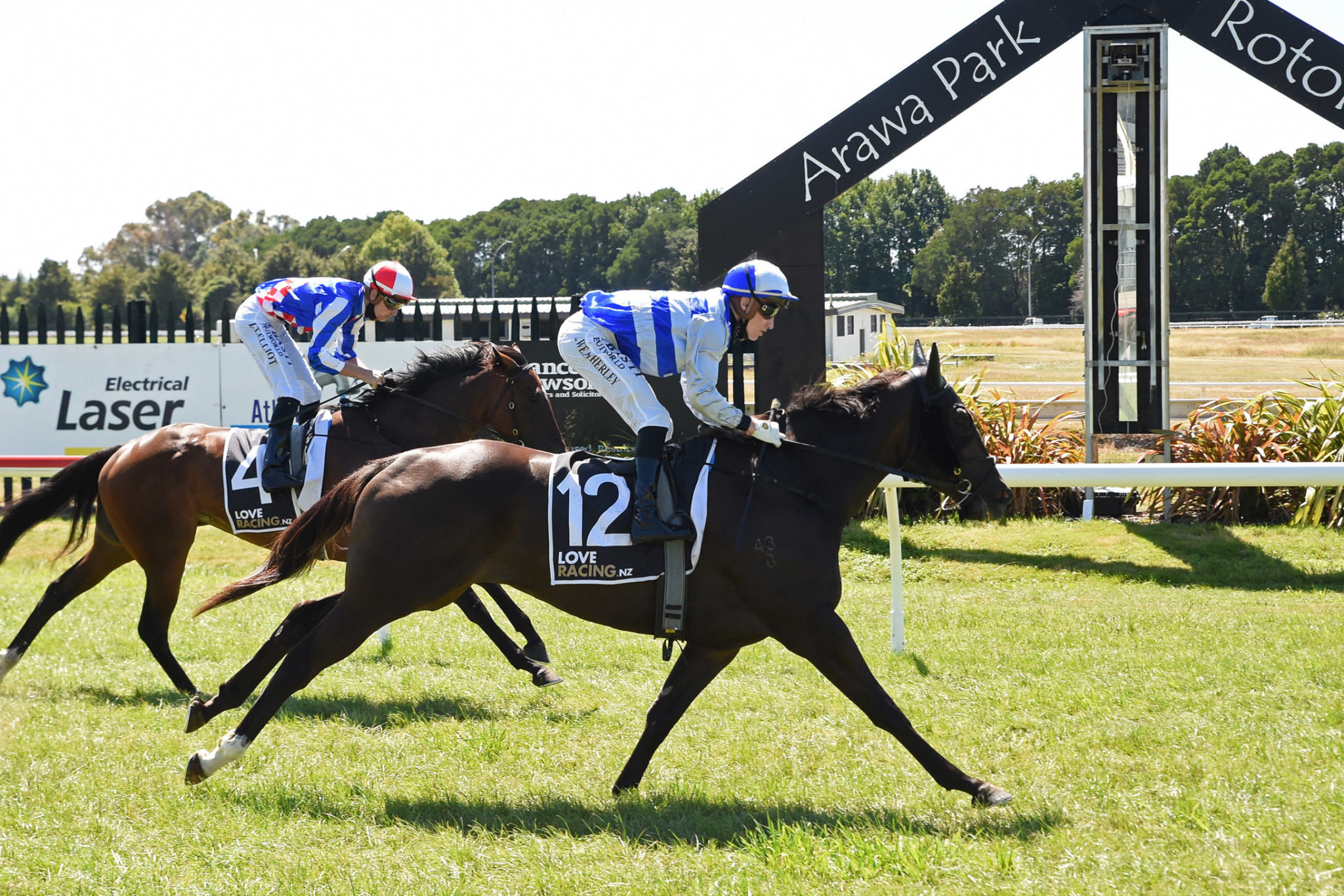 The racing career of Pencarrow filly Sicilian Dream (NZ) (Dream Ahead) began in the best possible way at Rotorua on Thursday with victory in the $12,000 Rydges Hotel Rotorua (1215m).

From the stable of champion trainer Jamie Richards, the three-year-old had shown considerable potential at the trials with three consecutive second placings between November and January, followed by a smart win at Te Rapa on February 14.

She graduated to raceday on Thursday and built on those promising performances, scoring a stylish one-length win in the hands of Sam Weatherley.

Sent out second favourite at $3.90, Sicilian Dream jumped well from her inside gate, but Weatherley was happy to ease back to fourth-last as a number of runners went forward from their wide draws.

Sicilian Dream crept forward along the rail and was close up behind the leaders rounding the home turn, then angled out into the clear to make her challenge in the straight. A slick turn of foot carried her straight past the favourite Dyzee (NZ) (Darci Brahma) for a comfortable win.

Sicilian Dream is by Dream Ahead, who stands at Bearstone Stud in the United Kingdom, but also shuttled to Australia between 2012 and 2018.

Himself a multiple Group One-winning sprinter, Dream Ahead is the sire of 486 runners from 827 runners worldwide. His 32 individual stakes winners include Group One stars Glass Slippers and Dream Of Dreams, while his best Australasian performer Shumookh won the Group Two Golden Pendant (1400) in Sydney and placed in the Group One Surround Stakes (1400m).

The dam of Sicilian Dream is Taormina (NZ) (Red Ransom), whose dam is a full-sister to Group One winner and extraordinary broodmare Grand Echezeaux (NZ) (Zabeel). The five winning progeny of Grand Echezeaux included the Group One performers and accomplished sires Darci Brahma (NZ) and Burgundy (NZ), and she also comes from the family of the champion Ethereal (NZ) (Rhythm) among countless other top-flight Pencarrow performers.