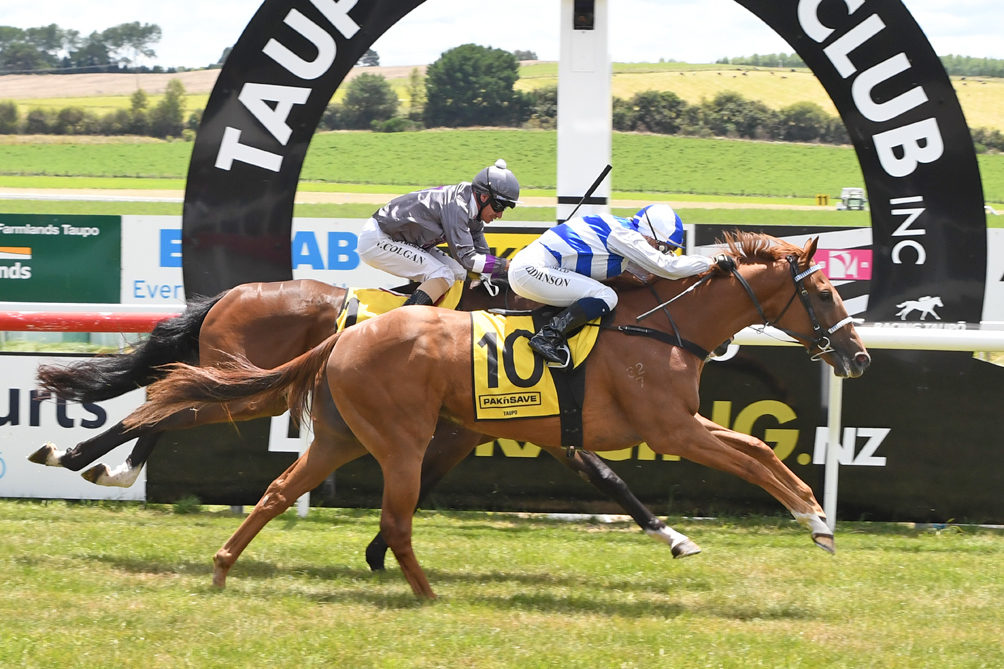 Side By Side (NZ) Adds to Winning Week

The blue and white colours of Pencarrow Racing scored their third win for the Christmas-New Year period when Side By Side (NZ) (Star Witness) produced a stylish performance at Taupo on Wednesday.

Side By Side was ridden by New Zealand premiership leader Danielle Johnson, who slotted her into a midfield position before launching her run in the home straight. A big burst quickly carried Side By Side to the lead, and she dug deep when challenged to score by a long head. The rest of the field finished another two and a half lengths behind the first pair.

Trained by Steven Ramsay and Julia Ritchie, Side By Side has now had two starts for a win and $5,800 in stakes.

Bred by Pencarrow and owned by Sir Peter Vela, Side By Side is out of Boito Belle (NZ) (Centaine), who is a half-sister to the Group One placegetters Winning Belle (NZ) (Zabeel), Our Ella Belle (NZ) (Encosta de Lago) and Aspen (NZ) (Alamosa).

Boito Belle herself was unraced, but she is the dam of seven winners from nine foals to race. Between them, those seven winners have amassed 21 wins. Another Holdup (NZ) (Postponed) was also stakes-placed in the Listed Melvista Stakes in Western Australia.