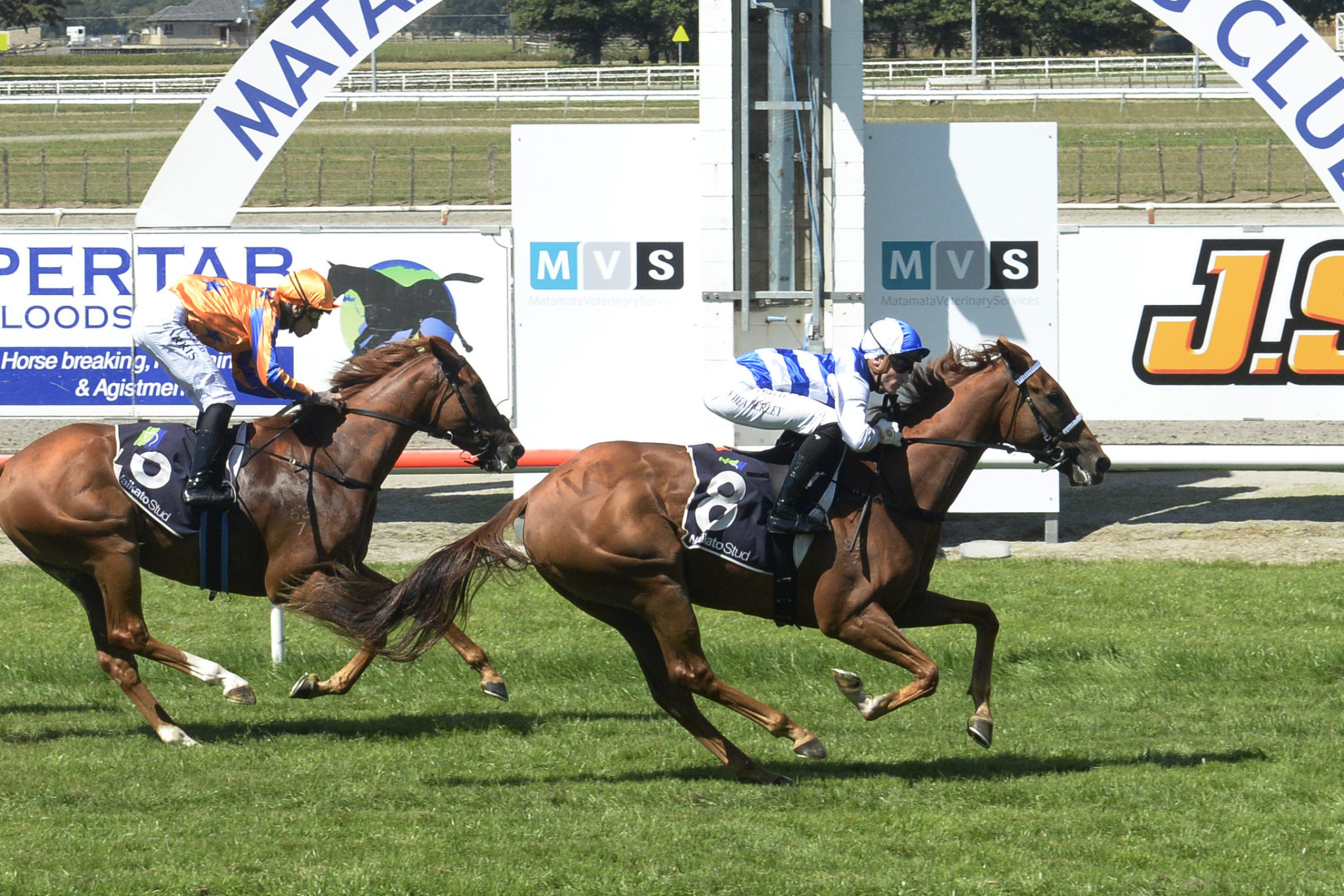 Side By Side (NZ) Bursts to Victory at Matamata

Promising Pencarrow filly Side By Side (NZ) (Star Witness) picked up the second win of her five-start career with a bold performance in Wednesday’s $10,000 Fertco 1200 at Matamata.

Rider Sam Weatherley made use of a handy draw and settled the three-year-old chestnut in a close sixth alongside the running rail.

Side By Side was travelling boldly around the home turn and into the straight, but then she found herself badly blocked behind a wall of three horses.

But when a gap appeared between the second and third of that trio, Weatherley drove Side By Side through. She burst to the front inside the last 75 metres of the race and stretched out well to win by a length.

Trained by Steven Ramsay and Julia Ritchie, Side By Side has now had five starts for two wins and $12,025 in stakes. In her previous appearance, she was also a solid fifth at Ellerslie behind the multiple black-type performer Babylon Berlin (All Too Hard).

Bred by Pencarrow and owned by Sir Peter Vela, Side By Side is out of Boito Belle (NZ) (Centaine), who is a half-sister to the Group One placegetters Winning Belle (NZ) (Zabeel), Our Ella Belle (NZ) (Encosta de Lago) and Aspen (NZ) (Alamosa).

Boito Belle herself was unraced, but she is the dam of seven winners from nine foals to race. Between them, those seven winners have amassed 22 wins. Another Holdup (NZ) (Postponed) was also stakes-placed in the Listed Melvista Stakes in Western Australia.