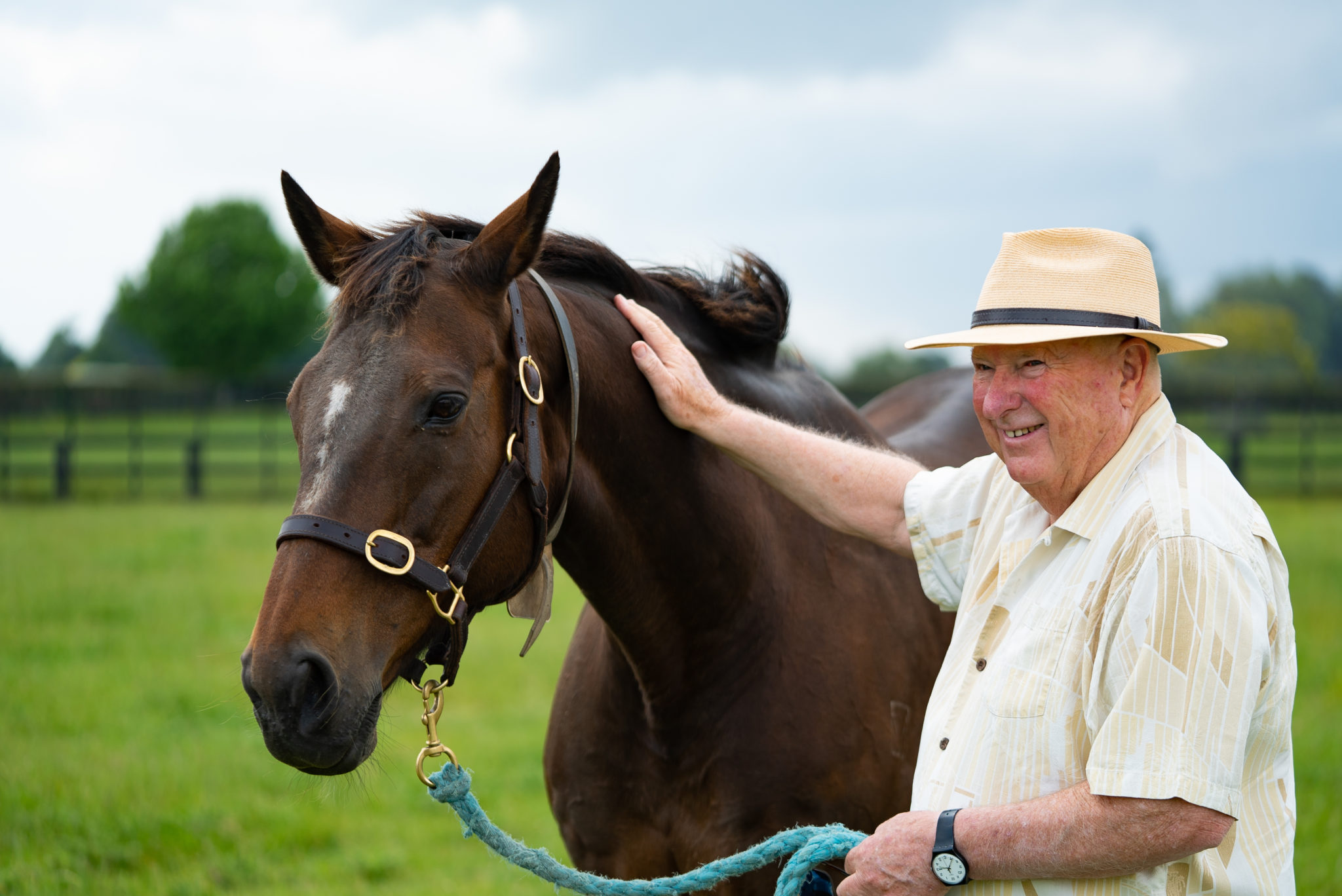 An enormously influential career spanning more than 40 years in the New Zealand thoroughbred industry was recognised and celebrated in Hamilton on Sunday night with Sir Peter Vela’s induction into the New Zealand Racing Hall of Fame.

In tandem with his late brother Philip, Sir Peter Vela established a breeding operation that would become the world-renowned Pencarrow Stud.

Through decades of dedication, passion and expert judgement, the pair earned a proud record of producing countless quality performers on the world thoroughbred stage – including a long line of their own high-class home-bred fillies and mares, racing in their distinctive blue and white hooped colours.

Notable triumphs include with Romanee Conti (NZ) (Sir Tristram), whose seven wins included the Hong Kong International Cup (1800m) at Sha Tin, and her legendary daughter Ethereal (NZ) (Rhythm), whose four Group One triumphs included the iconic Caulfield Cup (2400m) and Melbourne Cup (3200m) double in the spring of 2001. Ethereal is one of only 11 horses in history to achieve that famous feat in the same season, and no others have done so in the 20 years since.

Ethereal herself was inducted into the New Zealand Racing Hall of Fame in 2016, and now her proud owner-breeder is in there with her.

This has become one of New Zealand’s most renowned bloodlines, with Grand Echezeaux’s sister Our Echezeaux

(NZ) (Zabeel) also producing three stakes winners, while the great Ethereal is herself the dam or granddam of six black-type performers.

Darci Brahma and Burgundy are both among more than half a dozen yearlings to have sold for $1 million or more through Pencarrow Stud drafts in the last 20 years, and Sir Peter and Philip Vela were honoured with the New Zealand Breeder of the Year award in both 2000 and 2002.

The company, its world-class sale complex and its annual National Yearling Sales Series and Ready to Run Sale have

all earned high international esteem throughout the ensuing years.

“NZB are incredibly proud that our owner is being acknowledged for his lifelong contribution,” New Zealand Bloodstock managing director Andrew Seabrook said.

“He developed the amazing Yearling Sale and Karaka Million platforms since acquiring the business in 1997. It’s a world-class week with some of the best racing in New Zealand, high-quality bloodstock and unrivalled hospitality on offer.”

Making Sunday evening even more special for Sir Peter, he was inducted alongside champion jockey James McDonald. Sir Peter has been a strong supporter of McDonald since the very beginning of his extraordinary riding career, and the pair have shared numerous big-race triumphs – perhaps most notably the 2012 Group One Telegraph Handicap (1200m) at Trentham with Guiseppina (NZ) (Johar).