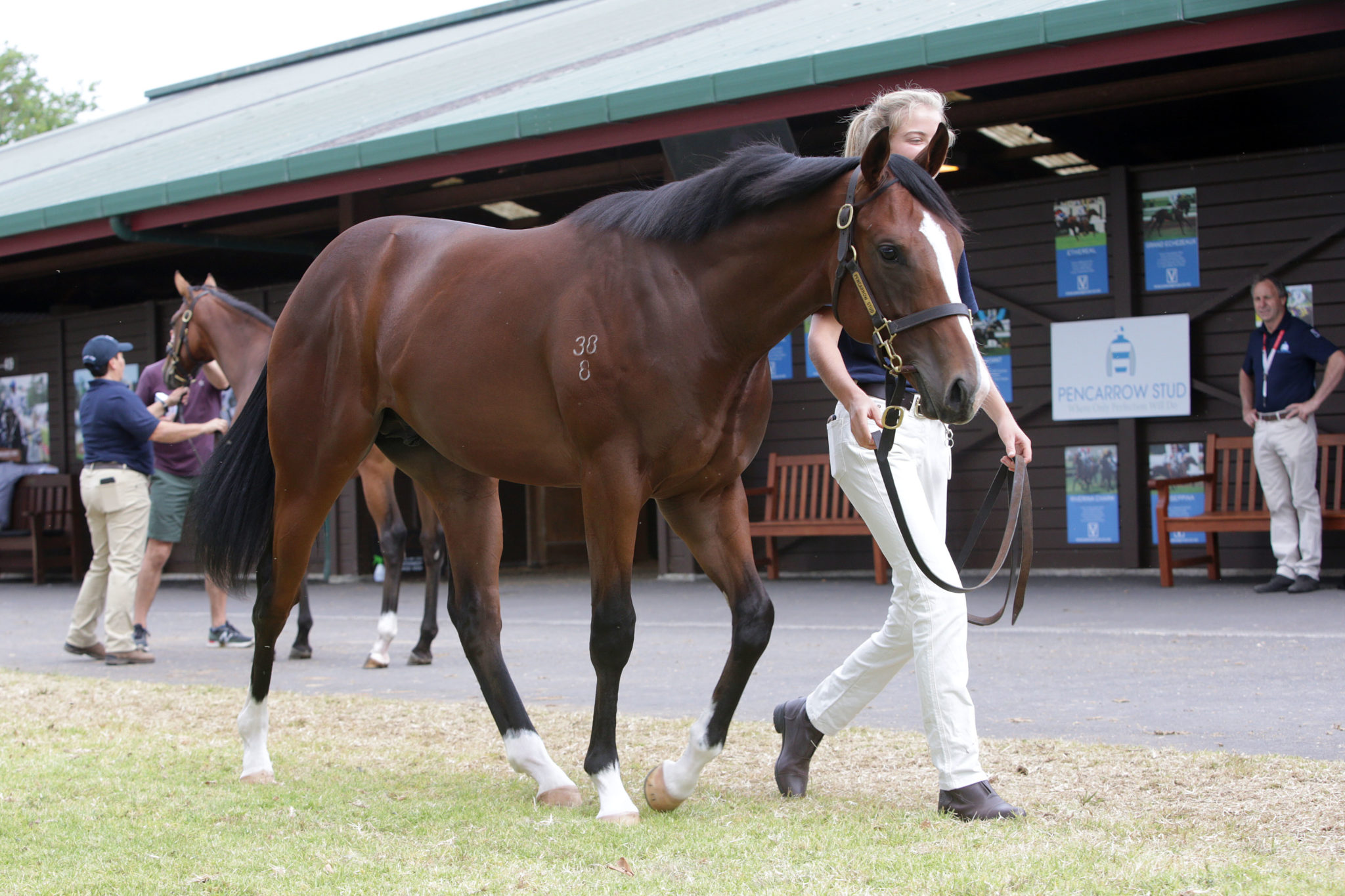 Strong Results for Pencarrow at Karaka 2020

The star quality of Pencarrow Stud’s yearling draft was enthusiastically received by buyers during Book 1 of NZB's National Yearling Sale at Karaka 2020.

As usual, Pencarrow presented a draft of yearlings that was not huge in numbers but stacked with superb pedigrees and physical types.

The highest-priced yearling in Pencarrow’s Karaka 2020 draft was Lot 189, a colt by the first season stallion sensation American Pharoah out of the Group 3 winner and stakes-producing broodmare Posavina (NZ) (Tiger Hill). The colt was bought by Chris Waller and Mulcaster Bloodstock for $575,000.

Another standout was Lot 565, a Snitzel filly out of Echezeaux(NZ) (Encosta de Lago) – a multiple winning and stakes-placed half-sister to multiple Group 1 winner and sire Darci Brahma (NZ) (Danehill), being out of the Group 1 winner and superstar broodmare Grand Echezeaux (NZ) (Zabeel). The filly sold for $450,000 to Phill Cataldo Bloodstock.

There was a $220,000 price tag for Lot 308, a filly by Teofiloout of Star Jasmine (NZ) (Encosta de Lago), who is a half-sister to the multiple stakes winner and stakes producer Lafleur (NZ) (Zabeel). Star Jasmine herself has produced the multiple Group 3 placegetter Zasorceress(NZ) (Zabeel). Her Teofilo filly in Pencarrow’s Karaka 2020 draft was bought by Michael Hickmott Bloodstock.

Pencarrow’s yearlings were bought by some of the biggest names from multiple locations throughout the world, such as Chris Waller, Guy Mulcaster, David Ellis and BBA Ireland.

Waller and/or Mulcaster Bloodstock secured two Pencarrow yearlings, with the American Pharoah colt also joined by a $180,000 colt by Vadamos out of the high-class mare Lafleur (NZ) (Zabeel).

BBA Ireland’s purchase was an $80,000 colt by first season sire Turn Me Loose (NZ) out of the winner and promising broodmare Goyescas(Encosta de Lago).