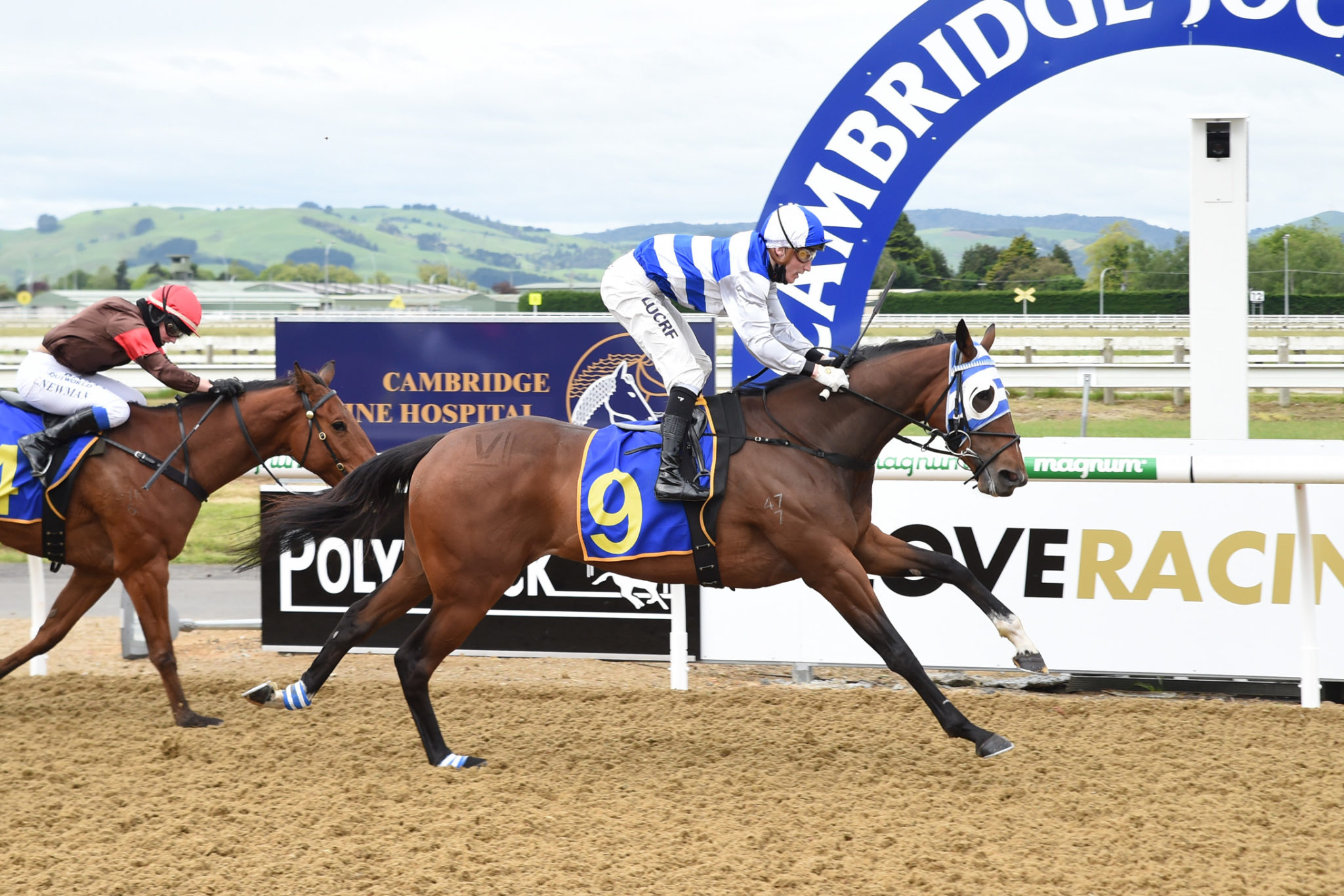 Stepping up in trip to 2000 metres following a strong-finishing second over 1550 metres on October 13, Topkapi settled second-last in the early stages of the race. But jockey Sam Weatherley got moving a long way from home, starting to improve out wide on the track passing the 900-metre mark.

By the time the field rounded the home turn, Topkapi had swooped around to take the lead, and she kicked hard down the straight to maintain a winning margin of a length and a quarter.

Trained by Steven Ramsay and Julia Ritchie, Topkapi has now had seven starts for a win, three placings and $11,730 in stakes.

Topkapi was bred by Pencarrow and is raced by Sir Peter Vela, who celebrated Group One glory at Flemington on Saturday as part-owner of the super-impressive Group One Coolmore Stud Stakes (1200m) winner Home Affairs (I Am Invincible).

The dam of Topkapi is Dolmabache (NZ) (Redoute’s Choice), who herself won three races including the Group Two Travis Stakes (2000m) and also placed in the Group One International Stakes (2000m).

Dolmabache is out of Our Echezeaux (NZ) (Zabeel), who boasts a perfect broodmare record of six winners from six foals to race. Dolmabache is one of three stakes winners, along with Pure Elegance (NZ) (Redoute’s Choice) and Cote D’Or (NZ) (Makfi).

Our Echezeaux is a full-sister to the outstanding Grand Echezeaux (NZ) (Zabeel), who won the Group One Australasian Oaks (2000m) and is the dam of multiple Group One winner and top sire Darci Brahma (NZ) (Danehill), as well as multiple stakes winner and successful sire Burgundy (NZ) (Redoute’s Choice).

Dolmabache is the dam of two foals to race, both of them winners. Topkapi’s older half-sister Cathay Nova (NZ) (More Than Ready) scored over 1600 metres last season. Dolmabache had a colt by Pierro in the spring of 2019, and she produced an impressive colt by outstanding sire Written Tycoon on August 18.