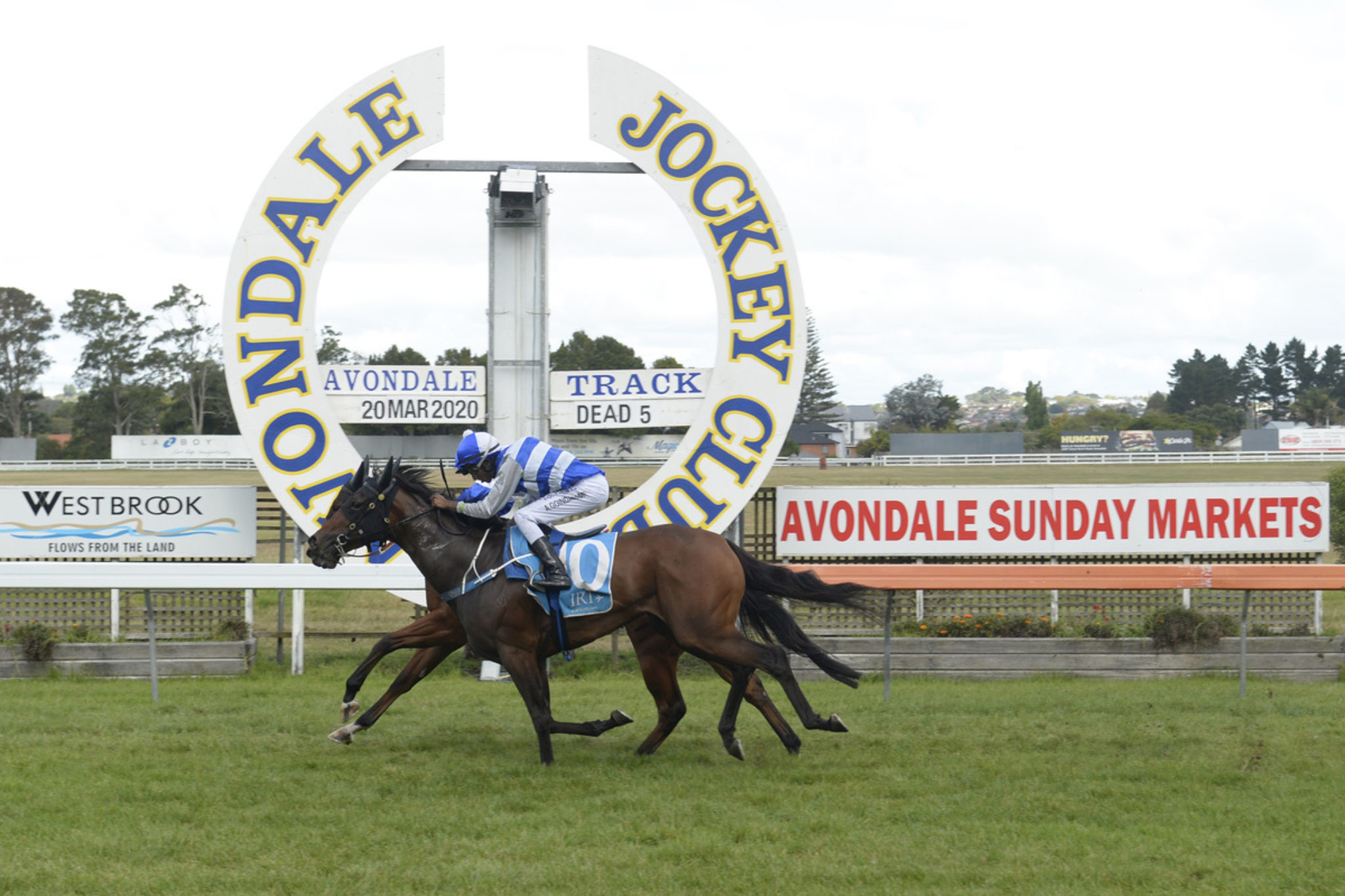 The three-year-old was making her first start since the spring, when she had begun her career with a sixth placing at Pukekohe before scoring a stylish win at Tauranga in her second start.

Couturiere was ridden by Ashvin Goindasamy on Friday, and she dropped back near the tail of the field in the early stages of the race.

She changed gears at the top of the straight and charged through a gap along the inside, rapidly moving into contention in just a handful of strides.

Goindasamy angled Couturiere to the outside of the front-running Pluton (Swiss Ace) to make her challenge, and despite being forced wider by that rival inside the last 100 metres, she stretched out impressively and snatched victory right at the finish line.

Couturiere has now had three starts for two wins and $12,500 in stakes.

She was bred by Pencarrow and is owned by Sir Peter Vela.

Her dam is Velvet and Satin (NZ) (Carnegie), a half-sister to the champion staying mare Ethereal (NZ) (Rhythm), whose four Group 1 wins included the Caulfield and Melbourne Cups.

Ethereal is dam or granddam of seven black-type performers, including the recent Group 1 placegetter Supera (NZ) (Savabeel), while other close relatives include the top-class racehorse and sire Darci Brahma(NZ) (Danehill).

Velvet and Satin’s dam is the top-class Romanee Conti (NZ) (Sir Tristram), who is a three-quarter sister to Darci Brahma’s dam – the Group 1 winner and star broodmare Grand Echezeaux (NZ) (Zabeel). Another sibling is the stakes winner and multiple black-type producer Our Echezeaux(NZ) (Zabeel).

Velvet and Satin herself placed in four stakes races including the Group 1 New Zealand 1000 Guineas (1600m), and she is now the dam of six winners from eight foals to race. That group includes Couturiere’s full-brother Bespoke (NZ) (Pins), who won the Listed Welcome Stakes (1000m).

She produced a filly by the champion sire Redoute’s Choice in 2018, then a colt by Vadamos. She was served by Vadamos again last spring.