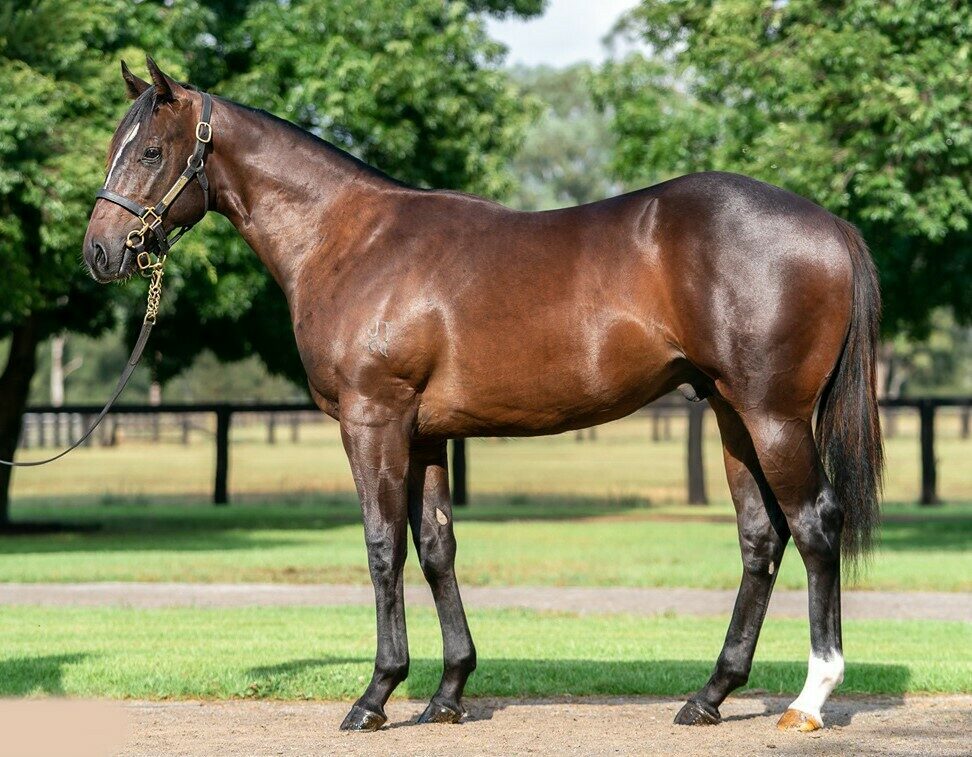 Part-owned by Pencarrow principal Sir Peter Vela, emerging two-year-old talent Basquiat (Snitzel) made a big impression with the first victory of his career in Monday’s A$37,000 Sky Racing QTIS 2YO Maiden Plate (1615m) at Doomben.

Having finished second in both of his two previous appearances, the Chris Waller-trained colt ventured north to Queensland and broke through in style at the third time of asking.

Ridden by Nash Rawiller, Basquiat recovered from a slow start to move forward and sit outside the leader.

Rawiller eased off the brakes in the straight and Basquiat took control, lengthening stride and edging away for a comfortable half-length victory. He is now among the favourites for next month’s Group One JJ Atkins (1600m) at Eagle Farm.

By Australian super-sire Snitzel, Basquiat is out of Bonny O’Reilly (NZ) (O’Reilly), who herself won eight races including the Listed Helen Coughlan Stakes (1200m). She also placed in the Group Two Dane Ripper Stakes (1350m).

Bonny O’Reilly is a sister to five other winners, including stakes winner Pretty To Sea (NZ) (Ocean Park), as well as Dahooil (NZ) (O’Reilly) – the dam of freakish talent Espiona (Extreme Choice). Further down the pedigree page, this is also the family of Group One winners Vision And Power (NZ) (Carnegie), Glamour Puss (NZ) (Tale Of The Cat) and Steps In Time (Danehill Dancer).

Basquiat is the first named foal out of Bonny O’Reilly, who has subsequently produced colts by Zoustar and I Am Invincible.