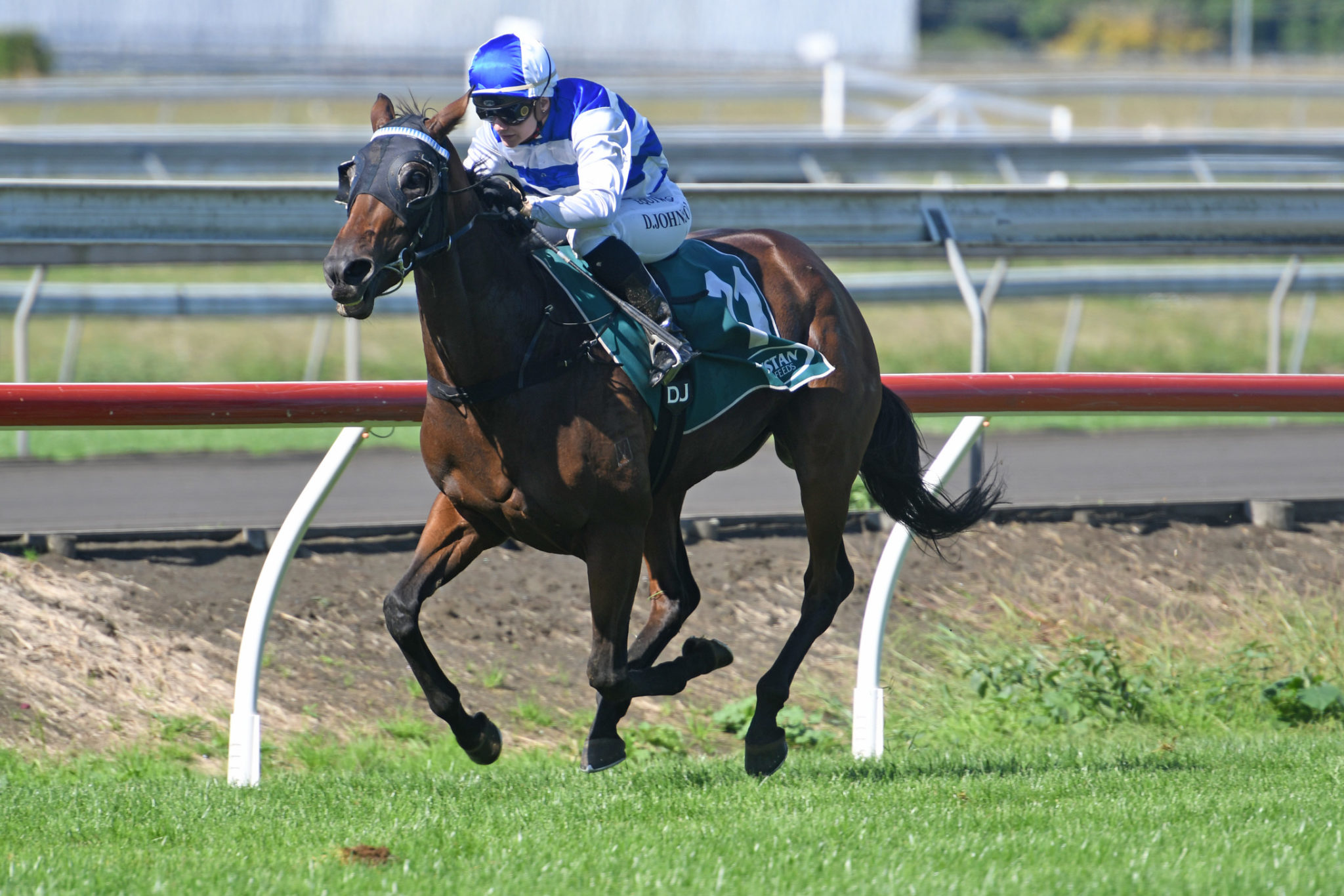 After showing bright promise in her first three starts, up-and-coming Pencarrow mare Thalassa (NZ) (Ocean Park) took the next step in style at Pukekohe on Sunday.

The four-year-old had recorded a third and two fourths in her three previous appearances, including a fourth behind the subsequent Group One New Zealand Oaks (2400m) placegetter Charms Star (NZ) (Per Incanto).

That promising form earned $4 favouritism for Thalassa in Sunday’s $10,000 Wharfe Bros 2100, and she lived right up to that billing.

Ridden by Danielle Johnson for trainers Steven Ramsay and Julia Ritchie, Thalassa raced in fifth along the rail before seizing her chance when a narrow gap opened at the top of the straight.

Thalassa powered through the inside and raced clear, winning by four and three-quarter lengths.

Thalassa has so far claimed four starts for a win, a third and two fourths,

Cerberus is out of Chimeara (Danehill), who was placed in the Group Three Gold Trail Stakes (1200m) and comes from the iconic Eight Carat family. She is out of the multiple Group One winner Tristalove (NZ) (Sir Tristram), who is also the dam of stakes winners Viking Ruler (Danehill), Lovetrista (Rock of Gibraltar), Kempinsky (Danehill) and Diamond Like (Danehill).

Since producing Thalassa in 2016, Cerberus has had the unraced Pins three-year-old Heracles (NZ), followed by a Pins filly in 2018 and a Tivaci colt in 2019.