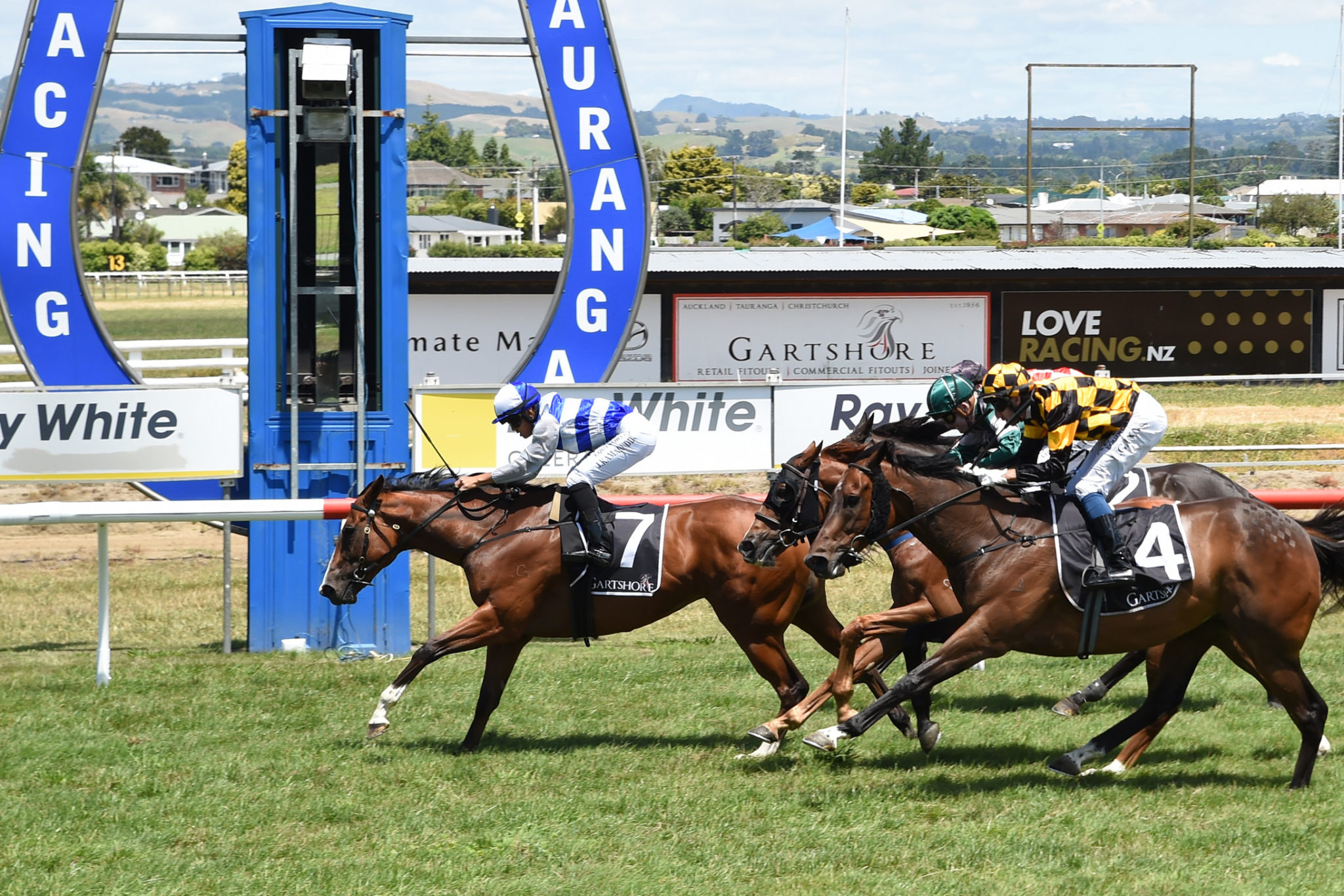 Palm Springs was ridden by in-form apprentice jockey Joe Kamaruddin in the $40,000 Ray White Pukehina Open Handicap (1600m) and broke only fairly from her inside gate. But she soon recovered to slide up into fourth place, and she settled into a smooth rhythm behind the front-running The Mitigator (Master Of Design).

Kamaruddin angled Palm Springs to The Mitigator’s outside early in the home straight, and the five-year-old mare accelerated smartly to take control with 100 metres to run.

The challengers closed in on her late in the race, led by the stakes-winning Cheval Prometteur (Declaration Of War), but Palm Springs maintained her advantage and scored by three-quarters of a length.

Palm Springs has now had 17 starts for six wins, four placings and $73,843 in stakes. The John Bell-trained mare has found a particularly rich vein of form this season, with two wins and two placings from five starts so far. She has won two races in a row, having also scored at New Plymouth on December 22.

Palm Springs is raced by Sir Peter Vela, who bred the filly in partnership with Curraghmore’s Gordon Cunningham. She is by Super Easy (NZ), a successful sire son of the Pencarrow-bred Darci Brahma (NZ). Super Easy is the sire of 86 winners from 155 runners, with seven individual stakes winners.