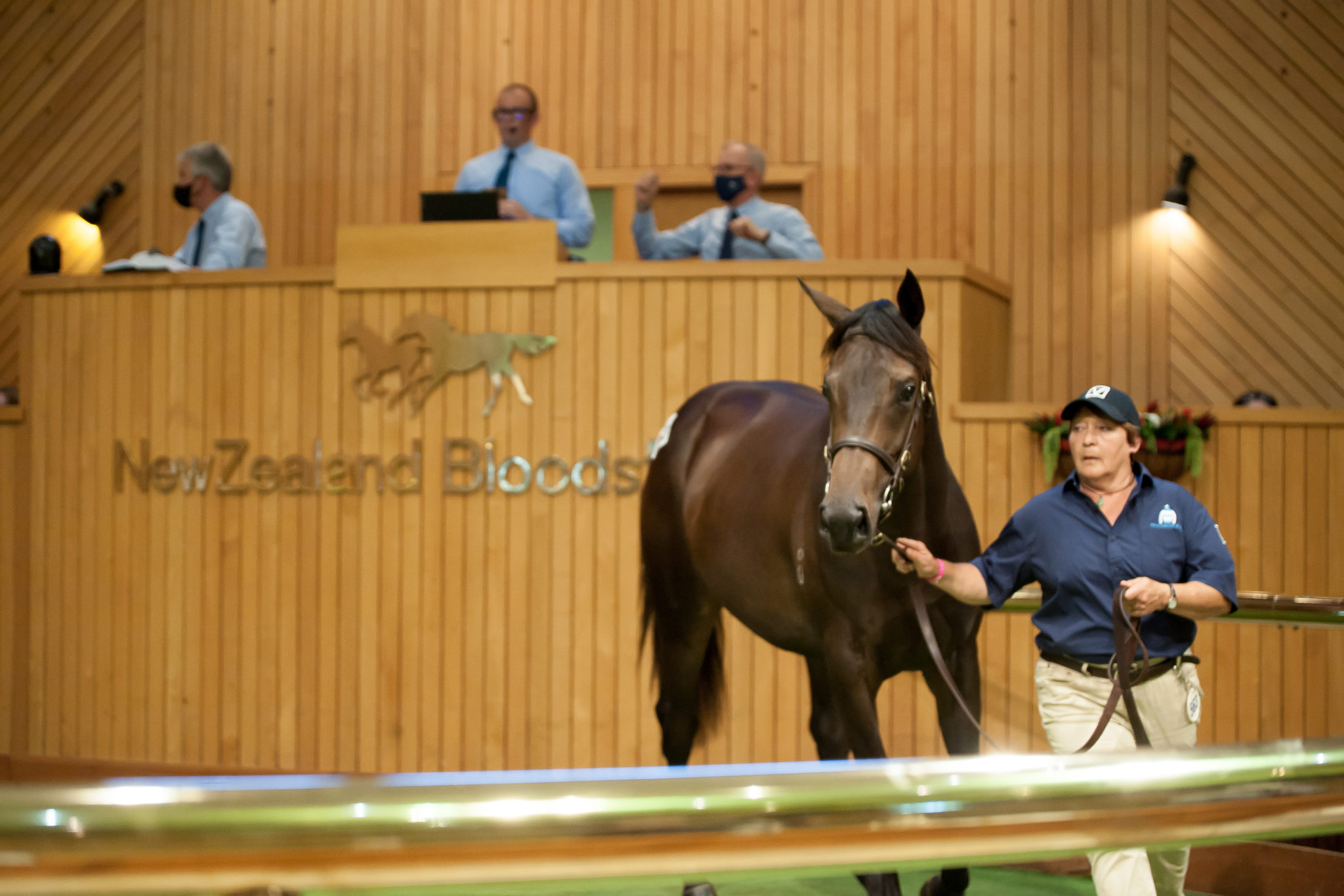 Pencarrow Stud presented its customary selection of blue-blooded colts and fillies at Karaka last week and the acclaimed nursery’s class of 2022 was warmly received by the buying bench.

As a seven-time champion New Zealand sire, Savabeel needs little introduction, while Scintillula was a Group Three winner in Ireland and placed in the Group One Moyglare Stud Stakes (1400m). She is the dam of two winners including the Australian Group Two performer Butter Chicken (NZ) (Savabeel), who is a full-sister to Lot 563.

The filly was bought by the internationally respected Kiwi bloodstock agent Michael Wallace, who is these days based abroad but returned home for the Karaka sale.

“You just can’t go wrong buying Savabeel fillies, especially when they have these world-class bloodlines from Pencarrow Stud,” Wallace commented.

Another key feature of the Pencarrow draft was the role of the New Zealand syndicators. Te Akau Racing’s David Ellis snapped up four Pencarrow yearlings, while Go Racing also chimed in to secure one of the draft’s highest-priced lots.

“The dam placed in the Rich Hill Mile (1600m) and Cuddle Stakes (1600m), and this is a great fillies’ family,” Ellis said. “She’s an outstanding-looking filly that shapes as a Karaka Million 2YO (1200m) type, with the scope to train on. She has a really deep pedigree and is a very nice filly.”

Ellis also bought Lot 167, whose sire Nicconi is most famous for the deeds of his superstar sprinting son Nature Strip. The dam of this colt is Choreography (NZ) (Volksraad), a half-sister to Group-winning Pencarrow mares Rasa Lila (NZ) (Darci Brahma) and Posavina (NZ) (Tiger Hill).

“It’s a really good Pencarrow family, and he has a lot of class and natural strength,” Ellis said. “He’s got a lot going for him, and Nicconi is an under-rated stallion. He’s a fast stallion, and we think this colt could be up and running as a two-year-old.

“There was solid competition on the colt and we thought he was really good buying.”

Remarkably, this filly’s pedigree page also features another two winners of that Riccarton classic – Dorabella (NZ) (Postponed) and Media Sensation (I Am Invincible).

“She’s a gorgeous filly by a champion racehorse in Dundeel, and her dam was a Group One winner and New Zealand Bloodstock Filly of the Year,” Go Racing manager Albert Bosma said. “There are three 1000 Guineas winners on the page, and it’s the sort of pedigree you want to buy into with a filly.”