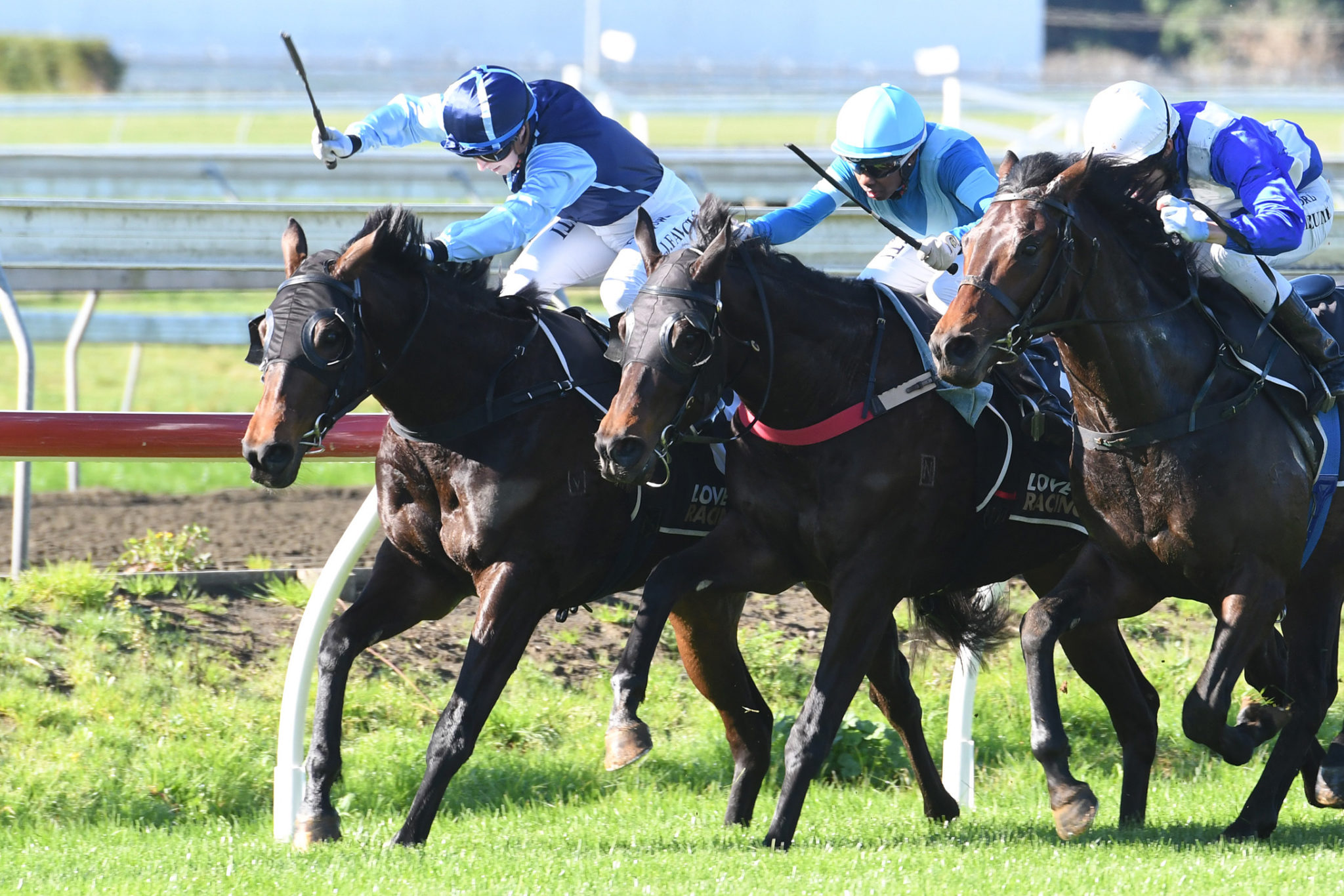 Ridden by Jasmine Fawcett for Ruakaka trainer Chris Gibbs, the gelding showed good gate speed to take an early lead, and despite facing strong challenges from two rivals in the straight, he maintained his advantage and won by a nose and a short head in a three-way photo finish.

Wednesday’s maiden win came at Burgundy Dancer’s second start, having finished seventh on debut in early May, and he has also had a win and a placing in two recent trials. He is raced by Murray Darroch, Graham Lemon, Michelle Collis, Jack Lum, Mike Lum, Bryce Moffat, David and Danielle Weir and Brendon Yip.

Burgundy Dancer was bred by Pencarrow and is the first named foal out of Choreography (NZ) (Volksraad), who herself was a placegetter on the racetrack. Choreography is a half-sister to the stakes-winning Pencarrow mares Rasa Lila (NZ) (Darci Brahma) and Posavina (NZ) (Tiger Hill).

Choreography produced a colt by Nicconi in the spring of 2020.