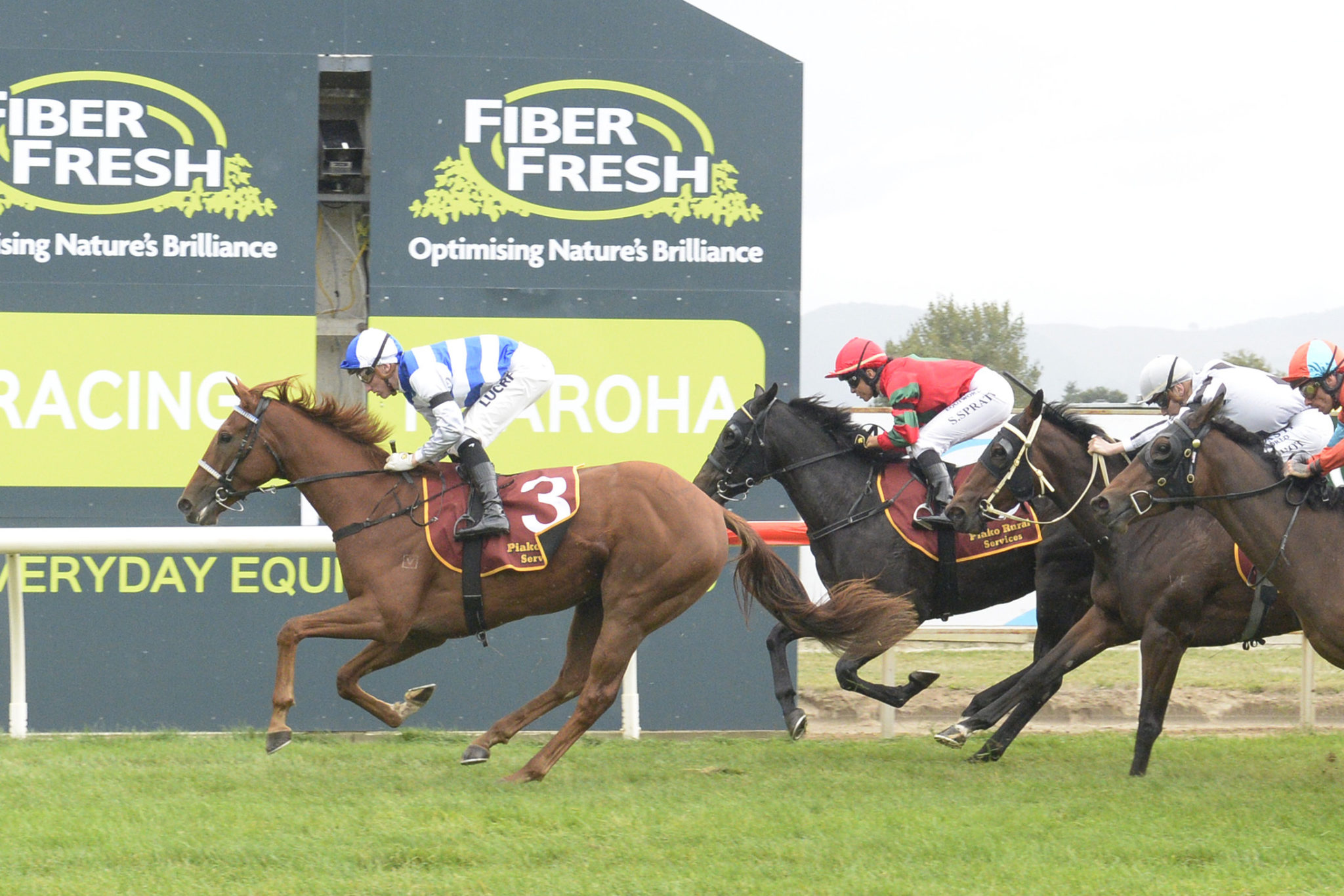 Side By Side (NZ) Strikes Again

The step up from a midweek Matamata win to a Group One raceday at Te Aroha provided a tougher test for Side By Side (NZ) (Star Witness) on Saturday, but the highly talented Pencarrow filly took it in her stride and struck again in the $25,000 Pyramid Trucking 3YO (1400m).

Jockey Sam Weatherley had brought Side By Side home with a flying finish to win at Matamata on March 17, and it was more of the same on Saturday despite the filly not being entirely comfortable in the rain-affected track conditions.

After taking up a position in seventh, one off the rail, Side By Side unleashed a big run down the centre of the track for an impressive one-length win.

Trained by Steven Ramsay and Julia Ritchie, the chestnut filly has now had six starts for three wins, earning $25,525 in stakes.

Bred by Pencarrow Thoroughbreds Ltd and owned by Sir Peter Vela, Side By Side is out of Boito Belle (NZ) (Centaine), who is a half-sister to the Group One placegetters Winning Belle (NZ) (Zabeel), Our Ella Belle (NZ) (Encosta de Lago) and Aspen (NZ) (Alamosa).

Boito Belle herself was unraced, but she is the dam of seven winners from nine foals to race. Between them, those seven winners have amassed 23 victories. Another Holdup (NZ) (Postponed) was also stakes-placed in the Listed Melvista Stakes in Western Australia.