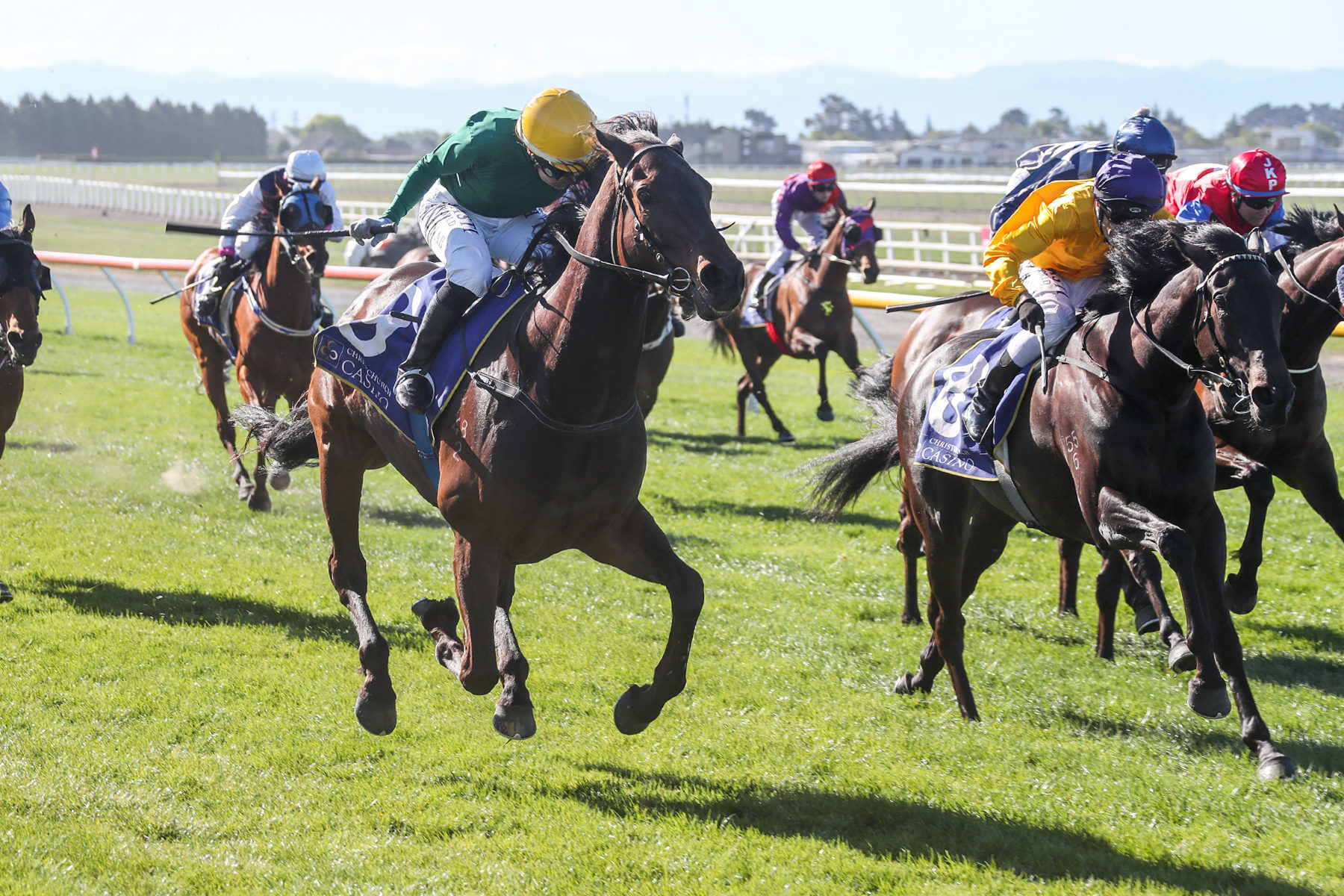 Ridden by Sarah Macnab for trainer Adrian Bull, the eight-year-old made a dramatic move from last to hit the lead rounding the home turn. He fought strongly all of the way down the long Riccarton straight, repelling the challenge of favourite Communique (NZ) (Redwood) to win by a half-neck.

Huluava is the dam of six foals to race, all of them winners. William Wallace is the first stakes winner, while Monlula (NZ) (He’s Remarkable) finished fifth in this year’s Group One New Zealand Derby (2400m).