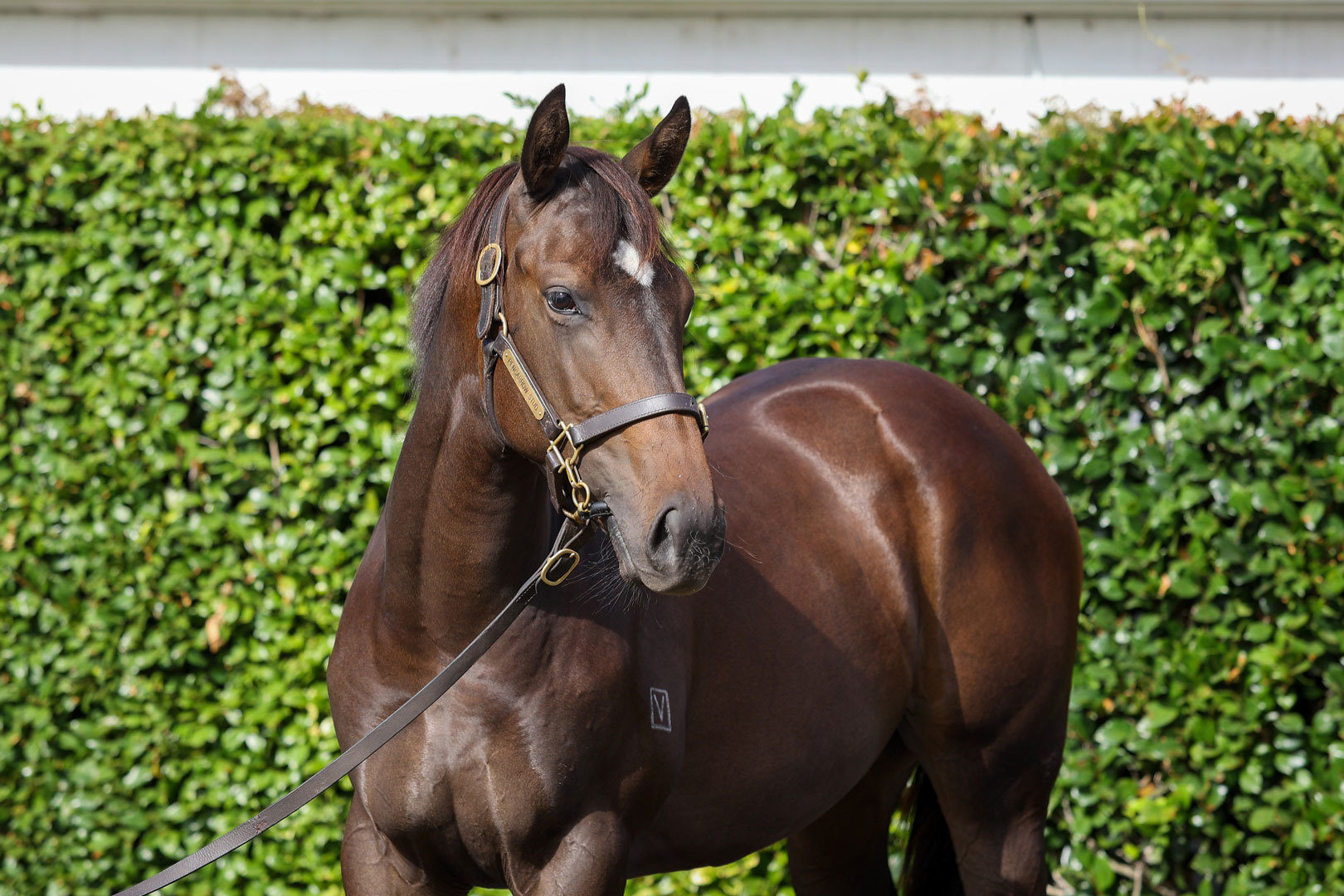 As well as representing famous female families that have produced multiple generations of black-type stars, Pencarrow Stud’s draft for Karaka 2022 has also received a series of recent boosts with notable pedigree updates over the last few weeks.

The first member of Pencarrow’s draft to go through the ring is Lot 102, a filly by U S Navy Flag out of the Group Three-placed Asama Blue (Fastnet Rock). Her pedigree page is already stacked with stakes performers, but there have been three further black-type additions since the catalogue went to print, along with close relative Cousteau (Into Mischief) winning a race at Churchill Downs in Kentucky.

This is the same family as Cezanne (Curlin), who finished second in last month’s Grade Three Palos Verdes Stakes (1200m) at Santa Anita in California. Cezanne has now had three wins and that big placing from only five career appearances. Two other relatives have been Listed performers in the United States since the catalogue went to print – Soaring (Tapit) and Mundaye Call (Into Mischief).

Lot 227 is a filly from the final New Zealand crop of super sire Iffraaj. Her half-brother Winston (NZ) has flown the family flag in recent weeks, placing in strong form races at Awapuni and New Plymouth. He has recorded two wins and three placings in a nine-start career to date. Lot 319 is also a close relative to this promising performer.

Lot 236 comes from the first crop of US Triple Crown hero Justify, and is also from the family of Stockman (NZ) (Tavistock), whose last three starts have produced a second placing in the Group Three Festival Stakes (1500m) at Rosehill and fourths in Randwick’s Group Two Villiers Stakes (1600m) and Group Three Summer Cup (2000m).

Lot 423 receives those same Stockman pedigree updates, being out of a sibling to the classy Sydney galloper. This Harry Angel colt is also from the same family as Amasenus (Time For War), a recent Listed placegetter in Perth.

The Zoustar filly catalogued as Lot 325 is closely related to three recent winners. Promising three-year-old Grinzinger Prince (More Than Ready) has now won twice in a six-start career including two of his last three, while Puke Park (NZ) (Ocean Park) and Well I Never (NZ) (No Nay Never) have also recorded recent victories.

Lot 396, another final-crop Iffraaj filly, is a close relative to the recent winner Pense’e (Varenar).

Pencarrow’s Spirit Of Boom colt, who will go through the ring as Lot 493, is closely related to the recent winners Association Eight (NZ) (Charm Spirit) and Trabruk (NZ) (Battle Paint).

Lots 586 and 587 are each close relatives of recent winners in Australia – Tararua (Squamosa) and Calla Dream (Dream Ahead) respectively. Three-year-old gelding Tararua has had one start for one win, while promising filly Calla Dream has had four starts for a win, a second and a third.

Lot 596 already boasts a stellar pedigree, being by Australian mega-sire I Am Invincible out of the blue-blooded, unraced Sopra Tutto (NZ) (Van Nistelrooy).

A daughter of the legendary Ethereal (NZ) (Rhythm), Sopra Tutto is the dam of five winners including Group One placegetters Supera (NZ) (Savabeel) and Eleonora (NZ) (Makfi).

Another of Sopra Tutto’s progeny has bolstered that record in recent weeks, with Aloft (NZ) (Atlante) picking up close second placings in her last two appearances. A half-sister to Lot 596, Aloft has shown real promise with two wins and two second placings from only a five-start career to date.

The Pencarrow draft has also received boosts to the sires’ side of the pedigrees.

Lot 167 is by Nicconi, whose champion son Nature Strip was a close and unlucky second when he resumed in last week’s Group One Lightning Stakes (1000m). Lot 596 is by the exceptional I Am Invincible, whose rising star three-year-old son Home Affairs won that star-studded sprint race.

Ocean Park (NZ), the sire of Lot 397, was credited with another elite victory in the CF Orr Stakes (1400m) thanks to his four-time Group One-winning daughter Tofane (NZ).

Last month’s Thorndon Mile (1600m) winner The Chosen One (NZ) became the 27th individual Group One winner for Waikato Stud titan Savabeel, who is the sire of Lot 563.