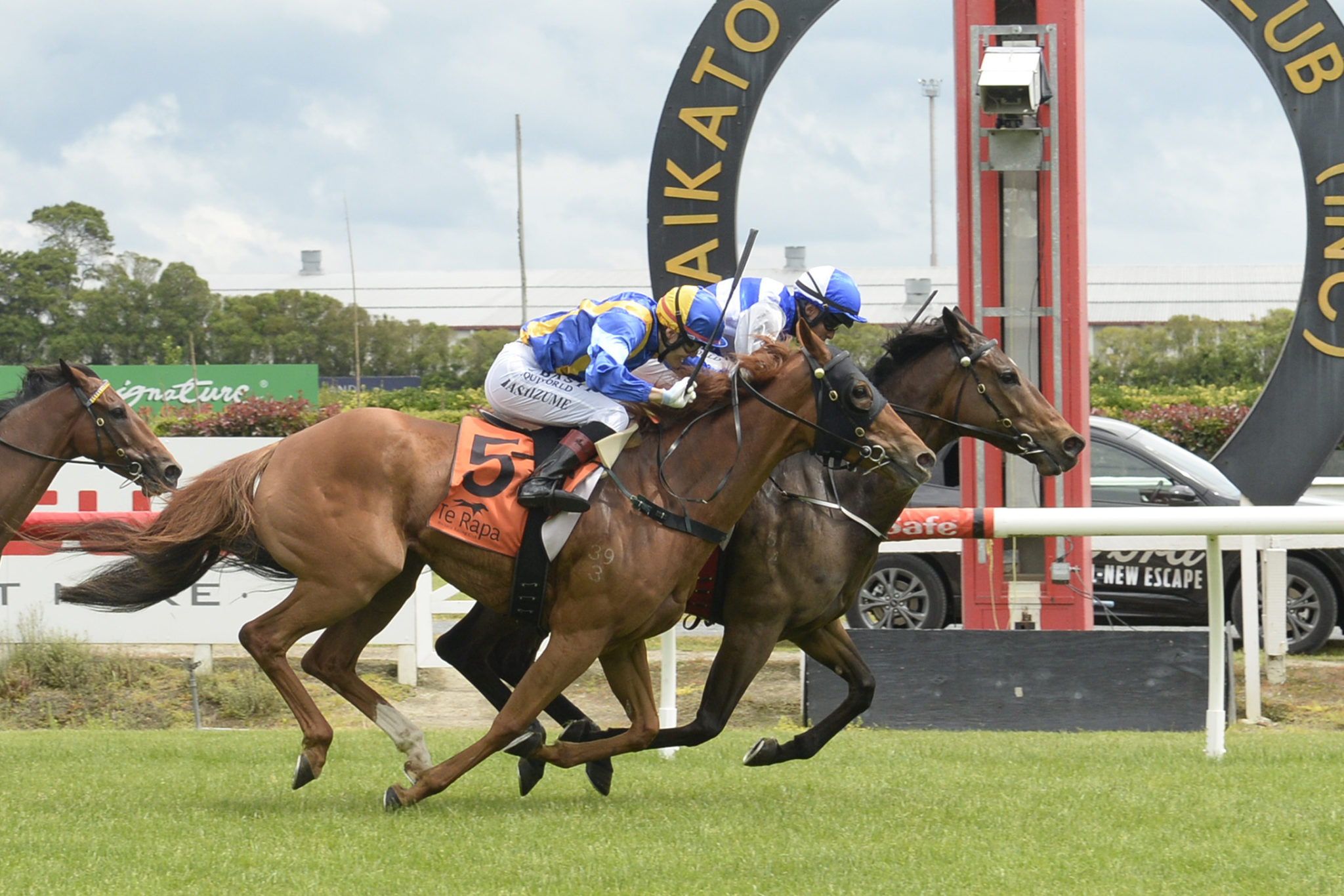 The Pencarrow colours were carried to a strong victory by Vichy (NZ) (Cape Blanco) in Saturday’s $32,500 WRC Thanks Dennis Sexton Mile (1600m) at Te Rapa.

Vichy had put the writing on the wall with a bold fourth when she began a new campaign at the same venue late last month, flashing home late in the race despite striking traffic trouble in the home straight. On Saturday she duly delivered.

Well ridden by Darren Danis, the six-year-old had a perfect run just behind the leaders before sprinting to the front in the straight and holding out the late challenge of Crafty Jess (NZ) (Mastercraftsman) by a head.

Vichy is trained by Graham Richardson and Rogan Norvall. She has now won four of her 18 starts and $83,637 in stakes for owner-breeder Sir Peter Vela. She also placed at stakes level in last season’s Listed Wairarapa Thoroughbred Breeders’ Stakes (1600m).

Vichy is out of the stakes-winning Catbird mare Vercors (NZ), a half-sister to the Group One performer Hasselhoof (NZ) (Tavistock) and to Huluava (NZ) (Pins), the dam of the recent Listed winner William Wallace (NZ) (Darci Brahma).

Vercors is the dam of five named foals, all of them winners.